Japanese classic art covers a wide variety of genres. From ancient pottery and sculpture, to ink painting, woodblock prints, calligraphy on silk and paper, as well as origami, its myriad of styles and influences are why Japanese art remains so popular today. The creative use of brushes and precision of intricate detail, make it one of the most distinctive art forms in the world. Yet, much of Japan’s classic art pieces, many of which are paintings, are locked away because curators believe they are much too fragile to be on display in art museums.  So many beautiful and vibrant pieces are tucked away from us and never to be seen again! GASP! But wait, there’s no need to panic.

Lucky for you, we have a variety of classic Japanese art in our very own all over print apparel collection.  With colorful prints such as Toyohara Kunichika – “Dosetsu Vs Kenpachi” (1883), Utagawa Kunisada – “Magic Contest” (1863), and Utagawa Hiroshige – “Old Story of Azuma” (1845, these all over print t-shirts add unique variety to your style. Whether you’re an art collector, enjoy everything about Japanese culture and art, or just love a unique print, these all over print t-shirts are the ultimate addition to your wardrobe.

If you’re like us and are feeling inspired by this collection, here are some interesting facts about all things Japanese art.

1. Most of Japanese paintings have an origin in Chinese art.

This may come as a surprise but Japanese art was dominated by Chinese art in the Seventh and Eighth Centuries. It wasn’t until the ninth century that Japanese artists started turning away from Chinese influence and doing their own thing.

The opening of trade routes with America and Europe in the Nineteenth Century, transformed Japanese art as it began to be influenced by and influence western artists. Japanese painters–such as Ando Hiroshige–influenced European artists such as Edouard Manet and Vincent Van Gogh.

3. There are several types of Japanese paintings

4. Religion plays a huge part in many Japanese paintings

The detailed paintings that cover the walls of Buddhist temples have been a common art form for many centuries in Japan and throughout the world. The Horyuji Condo and the Tamamushi Shrine painted on wooden panels are great examples of Buddhist paintings. Today, many temples only display their finest classic Japanese art work on rare occasions – approximately every 50 years. Each temple has a unique reason why they choose not to display Buddha statues. For some, their decision is based on wanting to preserve the precious statues, while others have a policy of their respective sects.

5. Japanese style is far from realistic

In terms of depiction of its subjects, the Japanese artist commonly moved away from realism, and preferred to look into the inner essence of the subject. Imaginative techniques in the depiction of common life are displayed in paintings known as The Tale of Genji of the Twelfth Century.

6. Art is most commonly owned by the wealthy

In Japan, artwork is not so common in every household. Typically, it is only owned by wealthy people and then shared or transferred from one owner to another. Oftentimes, the value of art is often overlooked by the Japanese people only to be discovered by overseas collectors.

7. One of the most extensive exhibitions is in Boston

Because classic Japanese art is so rare, Tokyo art exhibitions draw some of the largest crowds in the world. An exhibition of late 18th century Edo period painters once drew almost 7,000 people at the Tokyo National Museum, nearly twice that of any show in London or New York City. At the same museum, a show featuring works by woodblock artist Hokusai drew almost 10,000 people, the highest since figures on exhibitions have been recorded.

In America, one of the world’s most extensive and best displays of Japanese art is kept at the Museum of Fine Arts in Boston. It includes a large ukiyo-e collection. With almost 90 pieces, including early modern period paintings, Buddhist paintings, and suibokuga ink paintings, visitors come from all over the world to see them in person.  Among the Museum’s finest are what are thought to be the two greatest picture scrolls ever to be kept outside Japan: one of the three works of Heiji Monogatari Emaki (late 13th century) and Minister Kibi’s Adventures in China (late 12th century).

Many Japanese citizens are against their art being held in foreign museums, and deem the pieces national treasures and of the upmost cultural importance. In 1932, when the Museum of Fine Arts added Minister Kibi’s Adventures in China to the collection, a system was put in place by the national government in Japan to prevent art objects from being exported. However, many Japanese art pieces held overseas are what have caused worldwide interest and aid in furthering the acclaim of Japanese art internationally.

8. Japanese did not make a distinction between fine art and applied art until much later

It wasn’t until around the 19th century that the Japanese made a distinction between applied arts and the fine arts. A famous piece of art is just as likely to be a tea bowl or fan as it is a sculpture or painting. The cross over between what has been classified in the West as fine art and craft is much less clear in Japan. Some argue that it is for that reason why there is so much formal strength and power in Japanese crafts.

9. Japanese arts and crafts are passed down from generation to generation 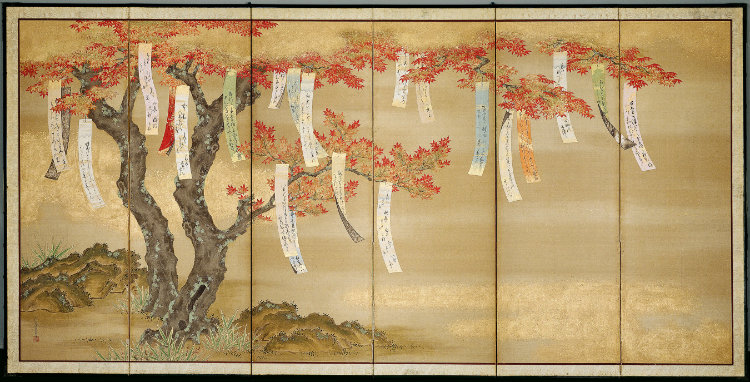 Skills such as screen painting and the Japanese art of lacquerware require extensive skills of trained craftsmen and painters. For that reason, many traditional arts and crafts have been passed down from generation to generation from family members or from a master or teacher to the student. The mantra “Shi, Ha Ri” is often repeated by traditional artists in encouragement to transcend boundaries in the pursuit of creativity.

Some Japanese artists and craftsman are so talented and highly skilled in their art form that they are respected as Living National Treasures. They are given an official title of “Holders of Important Intangible Cultural Properties,” and subsidized by the government.

10.  Approximately 1,054 artworks and buildings are protected under the Law for the Protection of Cultural Properties in Japan

Unfortunately, many of these art forms are dying out and require government assistance for survival. Yet even with the subsidies, the art requires so much time and skill that few people can afford them.

11. There are several concepts behind Japanese art

Rich in symbols, the beauty of Japanese art is expressed in the concepts of sabi (“elegant simplicity”), miyabi (“refined elegance”), wabi (“quiet taste”) and mono no aware (“pathos of nature”). Whether painting or doll making, the more traditional Japanese art forms tend to emphasize things like tradition, stillness, line, color, purity, form, value, color, inner calm, and texture. The Japanese hold a deep reverence for art objects that can be used in very specific occasions or for everyday situations. In fact, these occasions and situations themselves have become art forms, with the most obvious example being the tea ceremony.

12. The beauty is often in dark places

The symbolism behind Japanese art is rich and much of the art is viewed in dark places. From behind paper screens to dark corners in the alcoves of temples, it is often viewed by candlelight adding another layer to the art itself. 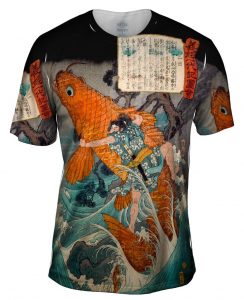 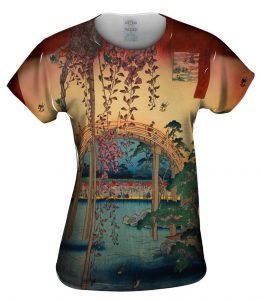 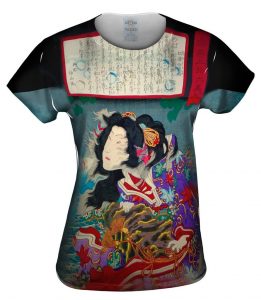 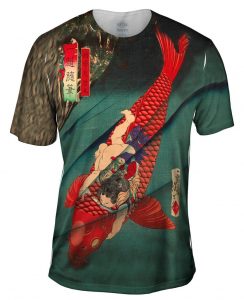