Pop Art emerged in the second half of the 20th century after an era of Abstract Expressionism dominated both Europe and the United states. Named by the art critic Lawrence Alloway, the American and British phenomenon was a captivating art movement. It challenged traditional fine art by portraying any and all aspects of pop culture and its powerful impact on modern life. The imagery for the art pieces was taken from magazines, movies, advertisements, comic books and other popular cultural concepts then physically incorporated into the art pieces.  Andy Warhol, is no doubt one of the most famous pop art artists, but many others attempted to elevate and celebrate everyday life in new and iconic ways. Here’s a list of some of the best Pop Art artists that took their art to new heights. 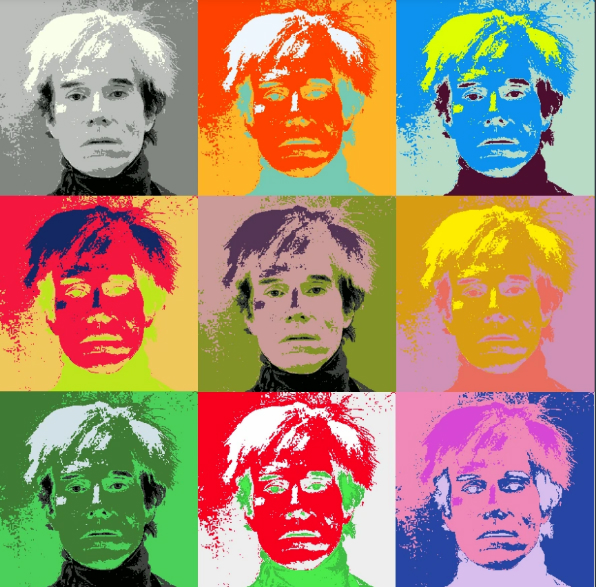 Next to Pablo Picasso, Andy Warhol was arguably one of the most recognized and important artists of the 20th century. An American artist, director, producer, and leader in the Pop Art movement, his art pieces explore the relationship between celebrity culture and advertising through artful expression. Flourishing in the 1960s, his art spanned a variety of media including sculpture, painting, silk-screening, photography, and film. There’s no doubt you’re familiar with some of his most popular works such as Campbell’s Soup Cans (1962) and Marilyn Diptych (1962). His Chelsea Girls was an experiential film that gained popularity as did his multimedia events known as Exploding Plastic Inevitable (1966-67). Warhol altered everyday objects and transformed them into art by depriving them of their meaning and modifying the idea of uniqueness of an artwork. 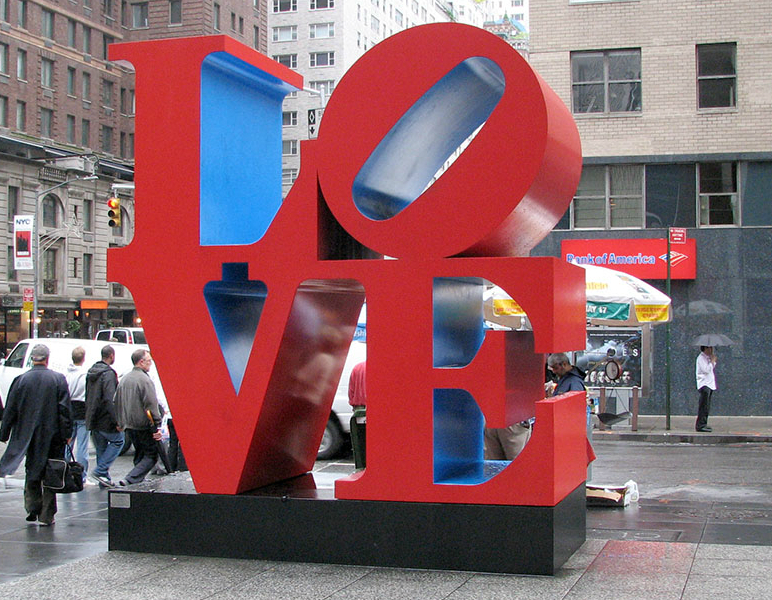 You may not know his name, but you’ve definitely seen his work. He is famous for his LOVE sculpture of stacked letters. Unmistakable as Pop Art, you can see it in prominent public places and cities all over the world. From the main square of Taipei to Seventh Avenue in New York, to Philadelphia and the Museum of Art in New Orleans, this iconic sculpture is one that represents so much to so many people. The artists created pieces in a variety of ways including silk screening and Cor-ten steel. His bold yet simple works of art consisted of short words and numbers. His Peace Paintings were exhibited in New York City in the aftermath of the September 11 attacks. 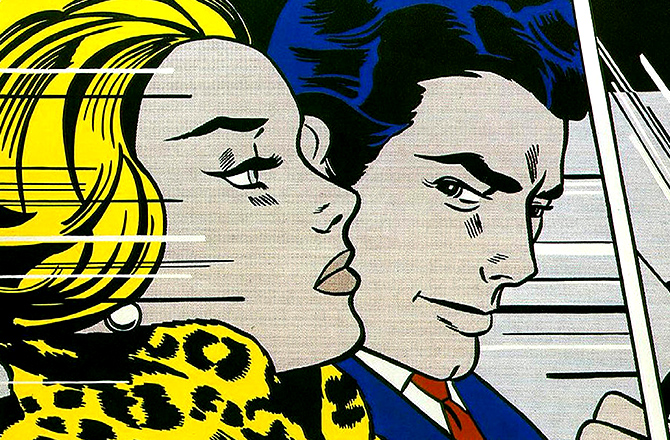 For those who can’t get enough of the famous pixelated comic strip photos of various dramatic scenes, then this Pop Art artist is probably your favorite. The very opposite of Andy Warhol, in both art and personality, Lichtenstein was perhaps the least integrated into the New York cultural scene. Reserved and somewhat shy, he felt that he couldn’t relate much to the other artists of the time. Through parody, his pieces defined the premise of Pop Art. Often in a tongue-and-cheek manner, he described his works as not an American style of painting but an industrial style. His most expensive piece ever sold was for $165 million in January 2017.

The American painter, printmaker, and sculptor is associated with Pop Art as well as Neo-Dada and abstract expressionism. He is most known for his depictions of the American flag and other topics related to the United States. His works regularly sell for millions of dollars and on multiple occasions his pieces have held the title of most paid for a work by a living artist. He is a highly decorated artists with many honors and acclaims received throughout his career including the New York Times calling him the United States’ foremost living artist. 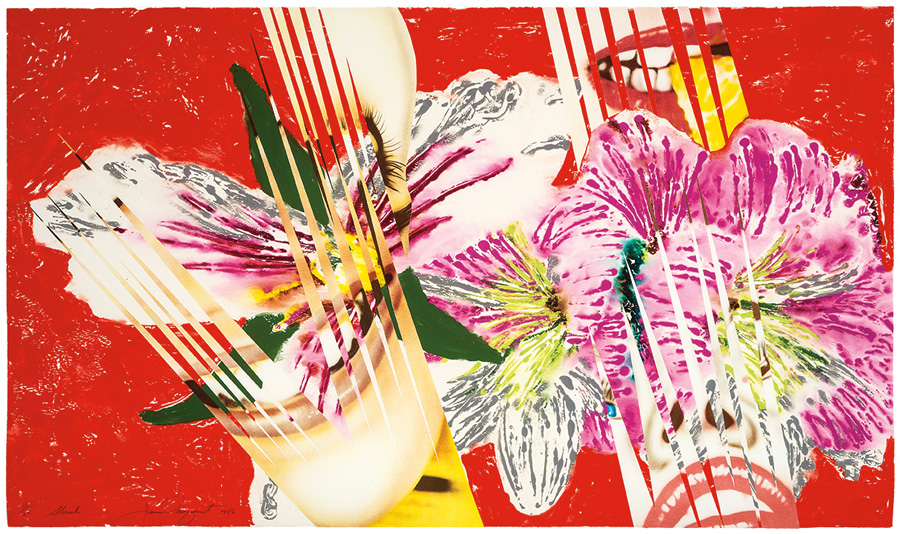 Through fast and empty images, this artist used advertising and static objects from the big and small screen to create his art. He began his career at 18 by painting Phillips 66 signs for gas stations between North Dakota and Wisconsin. Following that, he used his experience earning a living as a billboard painter, which he then applied to large-scale art he began creating in 1960.  Although his style was like Warhol and Lichtenstein, Rosenquist’s pieces were unique because there were elements of surrealism that included cultural imagery and advertisements to emphasis the overwhelming nature of consumerism. 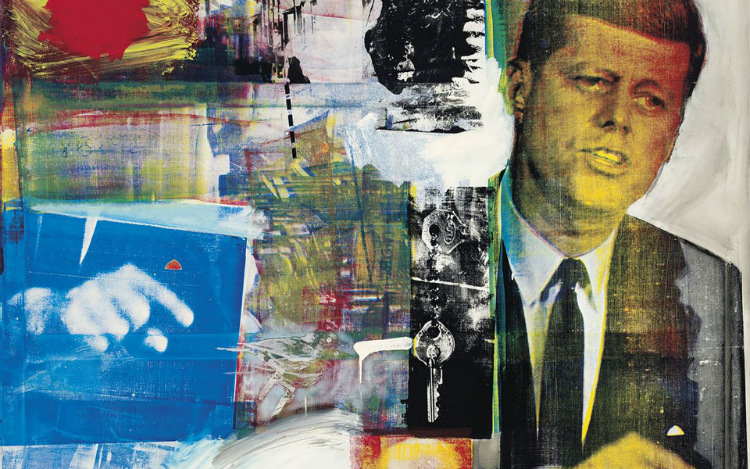 The early pieces of this graphic artist and American painter, anticipated the Pop Art movement. He used a technique of assemblage using ordinary recovered objects in what became known as his “combines.”  He was dyslexic and often called a “dunce” at school. The strict discipline of his school days kept him from experimenting with art and creativity. Eventually he moved to New York City and met fellow artists that accepted him and embraced his art. Rauschenberg often said that he wanted to work in the gap between “art and life,” as he lived his life questioning the distinction between everyday objects and art.

With Pop Art being one of the biggest and most vibrant art influences of the 20th century, we couldn’t pass up the opportunity to create a collection of all over print apparel dedicated to it. We have enough Pop Art apparel for every occasion. Fans of Pop Art will love our Hearts on Green and Yellow leggings, Moon and Stars on Blue t-shirt,  tank, and so much more!

Add a pop of color to your wardrobe with this all over print pop art apparel collection.