9 Facts About Georgia O’Keeffe, the Mother of American Modernism

Ask any artist and they will say that to be creative is to be misunderstood. Perhaps it’s because they think so far out of the box that they don’t even know a box exists. Or, maybe it’s because they ask the questions that “normal” people are too afraid to ask. Either way, being misread is common place, particularly for the most successful ones in the field.

When it comes to being a misunderstood artist, Georgia O’Keeffe takes the cake. As one of the first females to shake up an otherwise male dominated art scene, her contribution to 20th century art history is undeniable. She was one of the first female painters to gain global acclaim from critics and the general public with her innovative impressionist images that tested perceptions and consistently evolved throughout her entire career. She left people awestruck by her realistic New Mexico landscapes and magnificent New York cityscapes, while somehow confusing art lovers everywhere by her floral paintings. They absolutely were not. Unfortunate for her, no matter how often she addressed the issue, her works were constantly misinterpreted. The following are a few lesser known facts about the artist affectionately known as, the “Mother of American Modernism.”

1. She painted a lot more than flowers 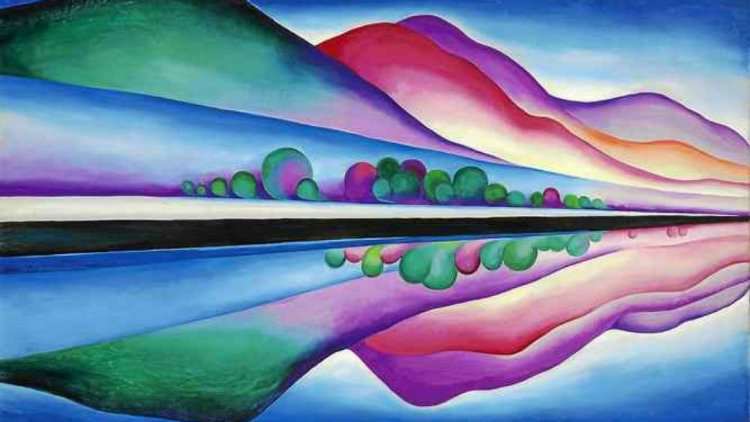 While she is best known for her flower series, and constantly battled against Freudian interpretations of them, she actually painted over 2000 works! She enjoyed painting many other topics including landscapes, beaches, shells, rocks, and other intricate forms of nature. In the early 1960s, O’Keeffe contributed further her history of abstraction and mystery, by painting a collection of aerial cloudscapes inspired by the view from airplane windows.  During the 1920s she became fascinated with the New York City skyline which stimulated the creative output of the surreal works of New York With Moon, The Shelton with Sunspots, and City Night.

2. Seriously, her paintings were never meant to be sexual 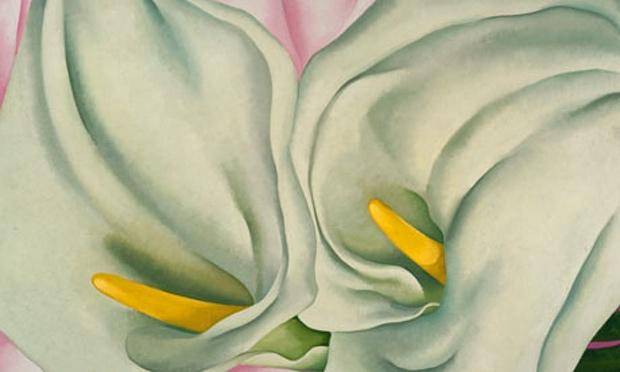 In the 1970s, Judy Chicago, the feminist art movement, attempted to commandeer the artist for her “feminine iconography,” but O’Keeffe was totally not into any sort of collaboration. While her flower paintings went deep into the delicate crevices and magnified the open petals, of lilies, orchids, and the like, her paintings were really just about emphasizing the beauty of the flowers – and nothing more!

3. She wasn’t actually from New Mexico 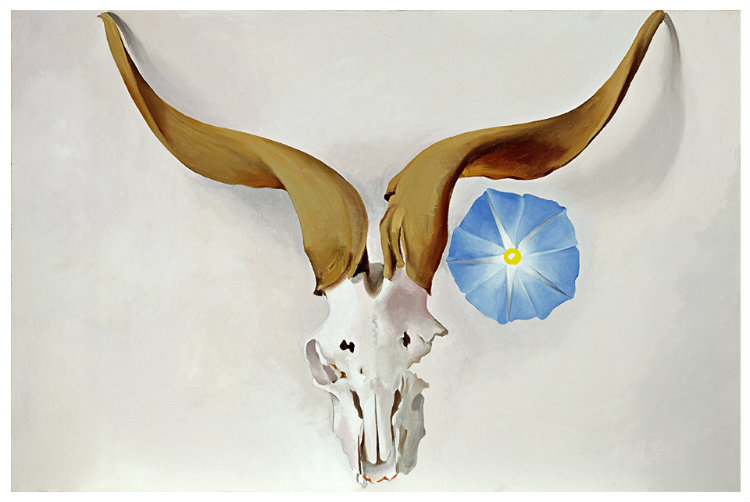 Born to dairy farmers, O’Keeffe was actually born on a Wisconsin dairy farm. She later went on to live in Chicago, NYC, Virginia, and Texas. She first visited New Mexico in 1917 and immediately fell in love with the landscape. A little over ten years later when O’Keeffe was seeking solitude from a socially oppressive crowd, she frequently traveled to New Mexico for inspiration and to paint the landscape. She was particularly fond of the forms of animal skulls and painted them regularly. When her husband died in 1946, she moved there permanently.

In fact, it was mobile! Her favorite place to paint was in the backseat of a model-a ford in New Mexico. O’Keeffe actually customized her vehicle so that it was the perfect spot to sit and paint. She would remove the driver’s seat and unbolted the passenger to turn it around and face the back seat.  From there, she would set up an easel for the ultimate art studio. She spent hours painting in the wind and bright sun but was shielded from the elements by painting from her car.

5. She married the gallery owner from her first art show 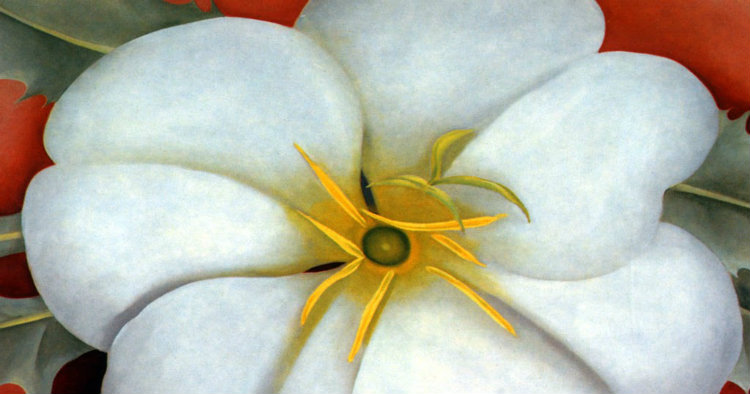 Modernist photographer and gallery owner, Alfred Stieglitz, fell in love with O’Keeffe’s abstract charcoal the minute he saw them. In fact, he was so excited by her series of sketches that he put them on display before even consulting her. When she arrived at the gallery, the bold and brazen artist wasn’t pleased. She told him to immediately take her pieces down. Yet, despite their initial contact, they quickly became good friends and later married. 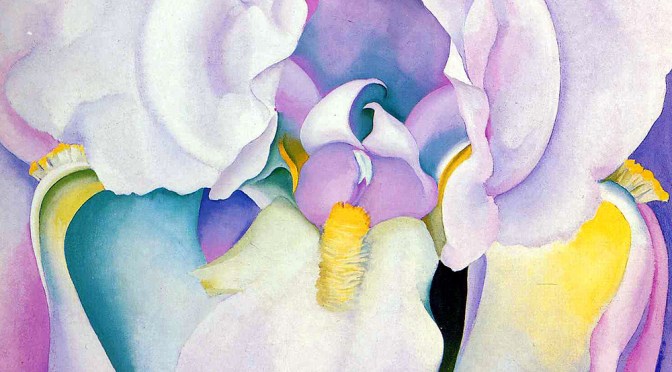 The first time she quit was when O’Keeffe took on more stable work to help her family through times of financial trouble. She quit again in the 1930s when she had a nervous breakdown and had to be hospitalized. The third time, was when she went completely blind and she couldn’t paint anymore.

7. Her eyesight failed her 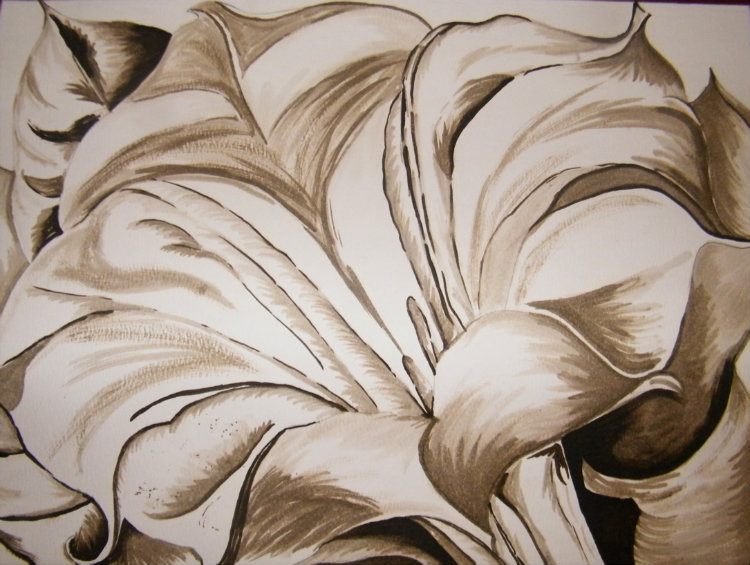 Towards the end of the 1960s, O’Keeffe’s eyesight began to go. Although it was almost gone by the 1970s, she continued working by sketching with charcoal and pencil. Finally in the 1980s, blindness made drawing and painting impossible so she switched to sculpting. She produced numerous clay pots. 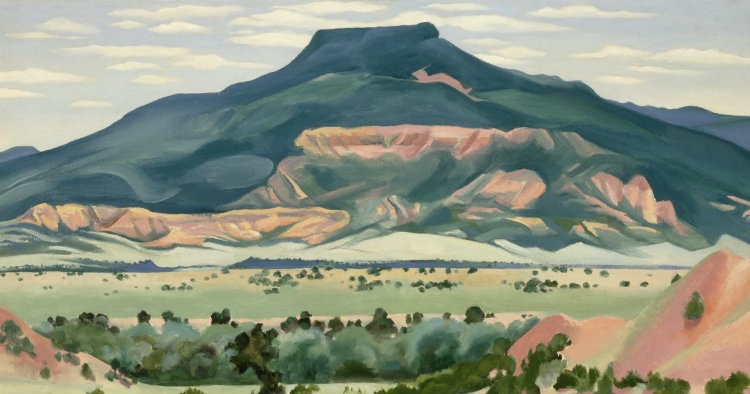 O’Keeffe died a peaceful death in her home in Santa Fe, New Mexico. Per her request, her ashes were spread over the top of nearby Pedernal Mountain.

9. She is one of America’s most celebrated painters and icons 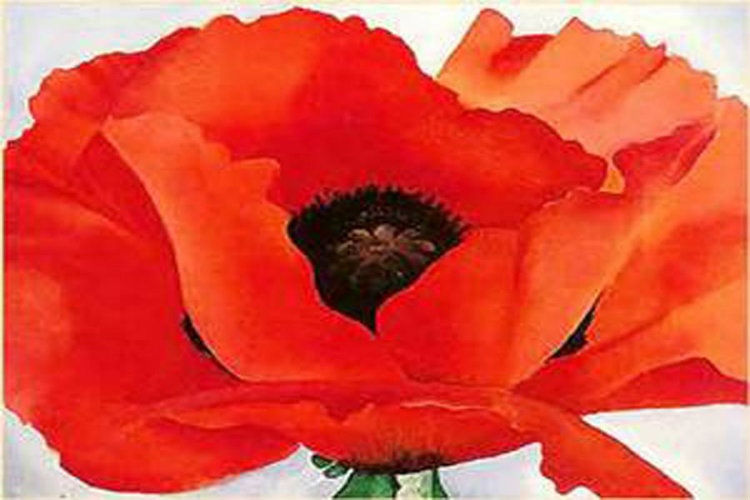 You know you’ve officially made it when you’re on a postal stamp. The United States Postal Service honored O’Keeffe by issuing a stamp with her “Red Poppy” painting. Additionally, O’Keeffe received the Presidential Medal of Freedom (the greatest civilian honor in the U.S.A) as well as the National Medial of the Arts.

10. You can see her works at the Georgia O’Keeffe Museum in Santa Fe, New Mexico 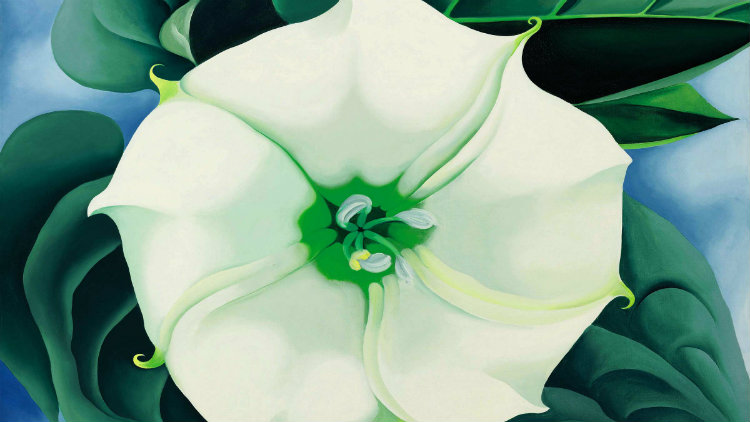 The museum opened on July 17, 1997 – 11 years after her death. This single-artist museum hosts the largest collection of O’Keeffe’s work in the world. The museum frequently offers various exhibitions that spotlight various aspects of the artist’s fascinating career.

To this day, O’Keeffe still serves as a muse for other artists as they look to the beloved woman for inspiration in their own work of capturing landscapes and nature.  Though her work was extremely diverse and varied from landscapes and nature to portraits, abstracts, and city views, she continues to be most known for her iconic flowers.  Just a few years ago, in 2014, the world record was set for artwork sold by a female artist when her piece, titled Jimson Weed/White Flower No.1, sold for a whopping $44 million.

One of the characteristics that makes Georgia O’Keeffe such a strong female artist and role model, even today is that within her work and life, she unapologetically stayed true to her art, vision, and self.  She always did what felt familiar and natural, making her one of the most celebrated and innovative artists of her time.

Show your love for Georgia O’Keeffe – Check out our store for T-shirts and more!