8 Interesting Facts about Edvard Munch and the Scream

Although popular since the late 1800s, it’s around this time of year when Edvard Munch’s eerie and mysterious painting The Scream, takes center stage. The edgy Norwegian painter and printmaker was known for his intense and nearly haunting depiction of psychological themes. He was obsessively preoccupied with chronic illness, sickness and matters of mortality. It can be argued that the troubled yet prolific artist, created one of the most significant paintings of his time, and one whose appearance around Halloween makes the holiday extra creepy. 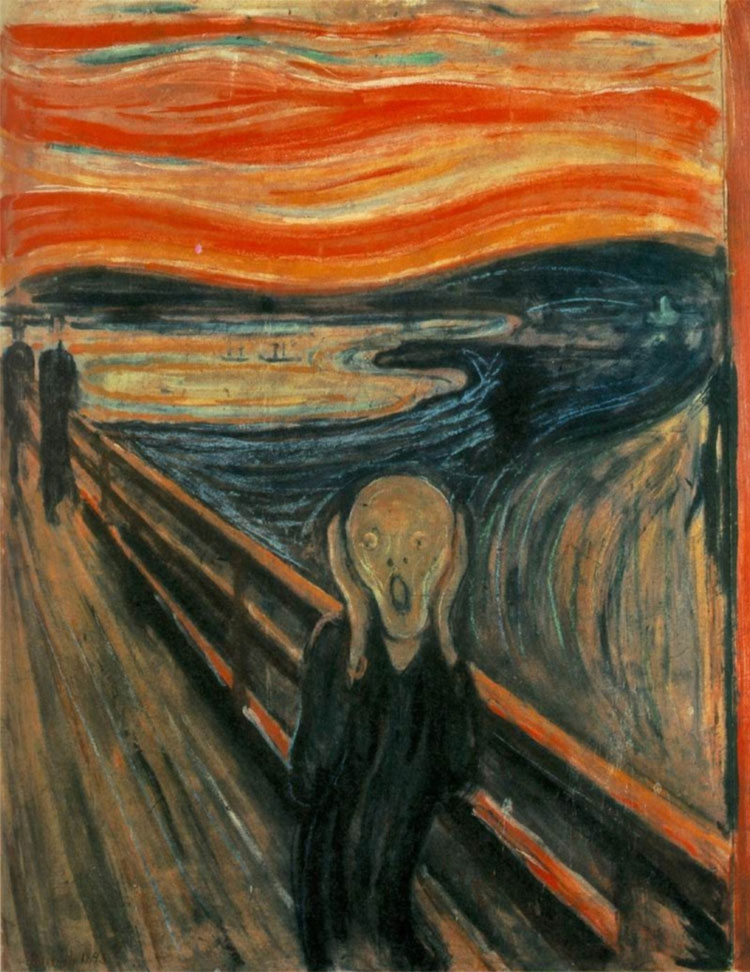 Here’s everything you need to know about this spook-tacular composition:

1) Munch actually had a different name for the painting

2) The Scream is actually in four pieces

For those of you who read the above fact and thought, “Wait, I thought it was created in 1893?” Well, you’re right….sort of. The talented artist executed four variants of the popular piece. In 1893 he created a painting as well as one version in crayon. In 1895 he redid the piece in pastels and then 15 years later he used tempera pains on board for the final version. Clearly all very similar, Munch decided to try different genres to capture the true expression of the painting.

3) Munch mass produced his own work 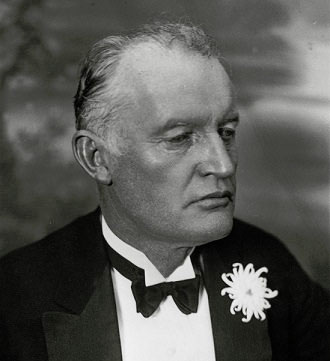 Upon seeing the popularity of the piece on the European art scene, Munch made many black and white prints so he could sell them whenever he wanted. As you can imagine, the extra prints were very well received and people loved having their own copy. Many years later Andy Warhol gave new life to The Scream as well as several other works by Munch.

4) The movie Scream, was inspired by The Scream

It’s not Halloween without a viewing of the 1996 scary movie, Scream, starring Drew Barrymore, Courtney Cox and Neve Campbell. Director Wes Craven was inspired by Munch’s The Scream when he conceptualized the idea for the haunting mask which appears throughout the film.

You wouldn’t think it would be this easy to steal such an invaluable painting, but in 1994 bandits snuck into the National Gallery in Oslo, via a window, and made off with the priceless piece. Because the crime was so easily committed the robbers decided to add insult to injury by leaving a note that read, “Thanks for the poor security.” Luckily, it only took three months to retrieve the painting and return it back to the gallery.

6) But that wasn’t the last time it was stolen

Just 10 years later, in 2004, two masked men stole the painting off the wall of Oslo’s Munch Museum…in broad daylight! Munch’s Madonna painting was also stolen at that time. Although three men were convicted of the crime in 2006, the paintings remained missing.

Mars Inc. decided to combine recovery efforts with the promotion of their new dark M&Ms by offering two million M&Ms to anyone who returned the painting. Surprisingly, the convict was not just a theft, but a chocolate lover too and gave up the whereabouts of the painting less than a week after the promotion started. During a plea deal the thief asked for conjugal visits and 2.2 tons of candy (just in case he got trick-or-treaters in prison?). Yet Mars gave the prize to the Norwegian authorities and the cash value of the candy ($26,000) went to the Munch Museum.

8) The Scream is in the public domain

All of Munch’s works are now in the public domain in those countries which embrace a copyright term knows as “Life Plus 70 Years” like Brazil, Israel, Nigeria, Russia, Turkey, and all those with in the European Union. Because The Scream was created prior to 1923, the piece was already public domain in the United States.

Wear this classic piece of art with all over prints from Yizzam! 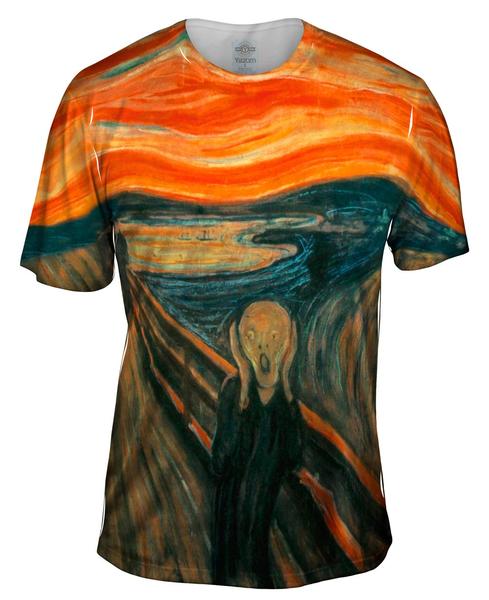 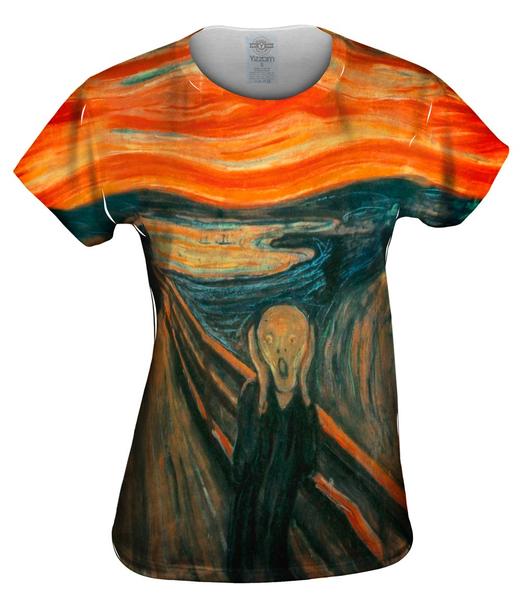 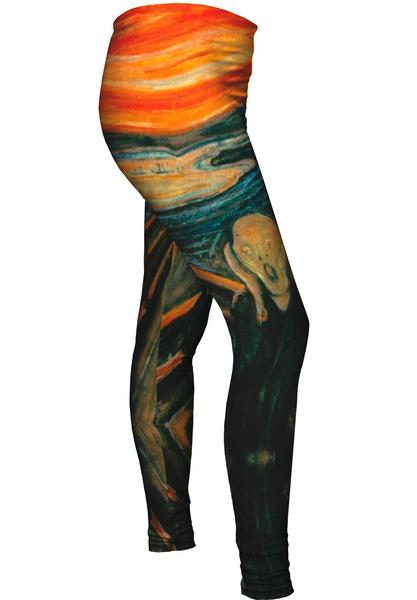 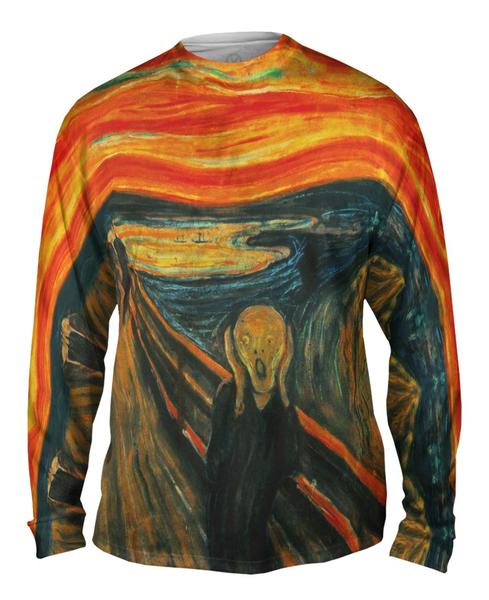