Everything You Need to Know About Art Deco

With dramatic architectural designs and ornamental expression, Art Deco is more than simply fancy arts and crafts. It first took root in France during the 1920s despite the solemn fact that one-tenth of the French adult male population were killed or wounded during World War I and times were anything but inspired.   Yet the dynamic art creation could not be stopped – in fact, more than ever artists felt a need to accentuate the absurdity of existence through art, architecture, and sculpture.  Because of this, artists like Rene Lalique, Emile-Jacques Ruhlmann, and Jean Dupas, gravitated towards expression through Art Deco. Quickly becoming a movement, Art Deco and its elegance based on geometric shapes and stylized natural art forms, began to be a Modernist reaction of the time.  As much influenced as an influencer of the era, Art Deco was influenced by the functionalism, cubism, and futurism with an unrestricted style that went beyond fine and decorative arts, and swayed everything from fashion and architecture to product and interior design. The following are even more striking facts you may not know about one of the most significant art forms of the 20th century.

The Origin of Art Deco

As the hub for artwork festivals and expos (think a mellow Coachella or SXSW with a much more sophisticated crowd), turn of the century France was a bustling global congregation for all things literary and artistic talents. When the Universal Exposition was held in France in 1900, artists such as Emile Decouer, Paul Bellot, and several others, got together to form the Society Of Decorator Artists. These artists contributed to the idea that art décor creations were applied types of arts, meaning any art could be assembled for the creative purpose of design and architecture. Yea, right, tell that to our High School art teacher! By the 1920s, the thought that anything could be art had created an artistic style that quickly flourished. 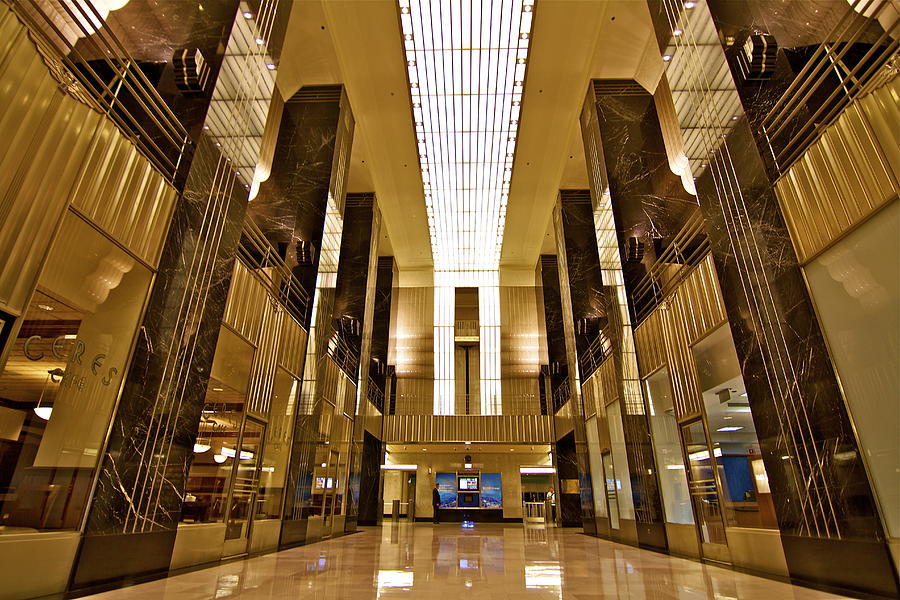 In a time when artists were seeking new and innovative ways to express their creative juices, the decorative style of Art Deco represented a modern account of the classical arts.  From 1905 to 1920, numerous art exhibitions displayed the artwork of prominent designers and artists who had already embraced the Art Deco style.  These artists combined abstract, nearly psychedelic designs and arrangements with urban symmetry. The extremely artistic, highly inspired styles were blatantly executed with the inclusion of cubism and modernism art forms.

Even today, Art Deco is a style that is found in a number of areas and fields. Perhaps the biggest example being applied to architecture and the advanced design of structures and buildings. Commonly used for commercial buildings, many banks, office buildings, schools, and libraries were built in the Art Deco style. Although some residential structures took from the Art Deco style, the art lent itself better to commercial real estate as a way to streamline buildings – similarly to the way one would streamline a car for aerodynamics. The Art Deco style can be seen in many of the public buildings built by the Works Progress Administration during the Great Depression.

In addition to architecture, Art Deco can be found in everything from fashion and jewelry to furniture, cars, and even various types of lighting such as lamps and chandeliers. One particular type of Art Deco knowns as “Streamline Moderne” has been used extensively in the design of aircrafts and a variety of vehicles.  The Art Deco template and design have even proved to be useful in designing things such as Art Deco fonts and turntables. Think about that next time you’re at the clurrrb.

Art Deco in Architecture Around the World

The streamlined, broad curves, bold shapes and zigzap elements of art deco emerged as a reaction to World War I as artists worked to embrace modernist elements. While it originated in France, artists throughout the world, including right here in the United States, eagerly accepted the style as it increased in popularity. One of the finest art deco examples through architecture is the famous Chrysler Building in New York City. The distinct and fine traces of art deco throughout the interior and exterior of this iconic building is evident. Other, less famous skyscrapers and buildings in New York City also have elements of the Art Deco design as it continues to this day to be a popular architecture trend.

Similarly, Miami has an entire area dedicated to Art Deco known as the Miami Art Deco District located in South Beach. There, visitors can see upwards of 800 art deco structures and 10 exceptional art deco buildings. If you’re ever in Miami (home of Yizzam, btw!), you don’t want to miss the Official Art Deco District Walking Tour.

If you were to take a cross country trip looking for Art Deco in the United States, no trip would be complete without stopping first in Chicago to check out the Chicago Board of Trade Building. With its ornate detail and overzealous yet streamlined architectural design, it is a beautiful example of Art Deco architecture.

Next stop, Los Angeles. This city houses an enormous collection of authentic art deco designs in its various skyscrapers and buildings. One of those buildings is the Eastern Columbia Building with its impressive Are Deco design of the sun’s rays created of terracotta. This sunburst style is seen in a variety of buildings, fashion, and jewelry, but famously originated with the Eastern Columbia Building. Also, the Bullocks Wilshire Building in Los Angeles also has major traces of Art Deco.

Overseas, the Art Deco design continues to survive in London, though now mostly limited to the Underground where distinctive Art Deco touches can be seen throughout the stations as well as in the arches and tunnels.

Additional Art Deco exhibits can be found throughout European cities such as Berlin and Valencia. The buildings in Valencia contain some of the most unadulterated and purest forms of Art Deco original designs.  While in Berlin and other German cities, the Streamline Moderne style is exceptionally used and can be seen extensively throughout the country in building designs and models of big brands such as Mercedes.

Art Deco plays a big role in Asia as well. Next to Miami, Florida, Mumbai, India holds the most Art Deco design than any other city. Specifically, Art Deco can be seen throughout the Indian city in its iconic structures.  Tourists can explore the southern part of the city where they can see an astonishing and exceptionally well-preserved exhibit of Art Deco structures and constructions. For example, famous buildings such as the Eros Theater and the hotels and housing apartments bordering Marine Drive are all beautifully decorated in the famous Art Deco style.

In other areas of India such as in Crawford Market and Colaba, visitors can expect to see rich structures and grand, notable architectural designs influenced by the Art Deco style. The New India Assurance Building with its designs of Greek statues embedded in the walls, is one of the region’s most famous architectural structures.

The decorative, artistic style of Art Deco made popular from the mid-1920s to the mid-40s in Europe, the United States and other countries, has made its influence on everything from architecture to automobiles, jewelry to fashion, and we couldn’t help but get in on the fashion. 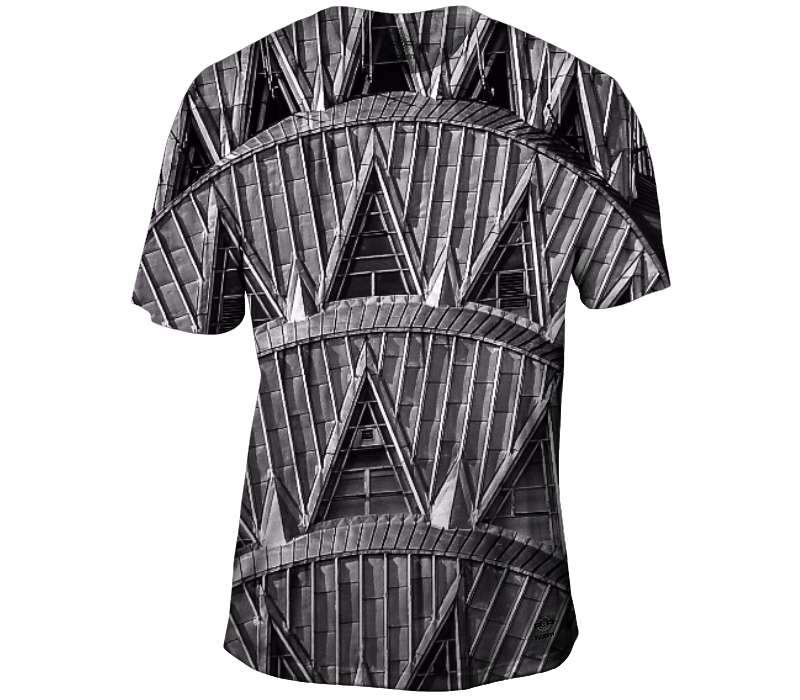 This t-shirt is a print of the Art Deco influenced design of one of NYC’s most famous skyscrapers. The structure at the intersection of 42nd Street & Lexington Avenue in New York City, stood as the world’s tallest building for 11 months before it was surpassed by the Empire State Building. You’ll surely stand tall in this trendy t-shirt. 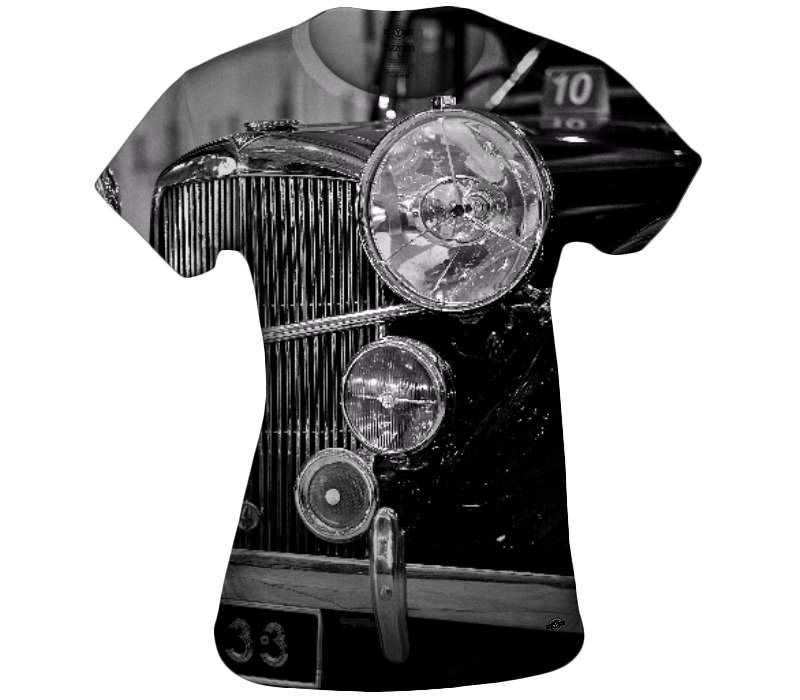 With an influence on the aerodynamics of automobiles, Art Deco and motorcars go hand in hand. This Women’s top is a fashionable way to show off your love of vintage vehicles with traces of Art Deco. 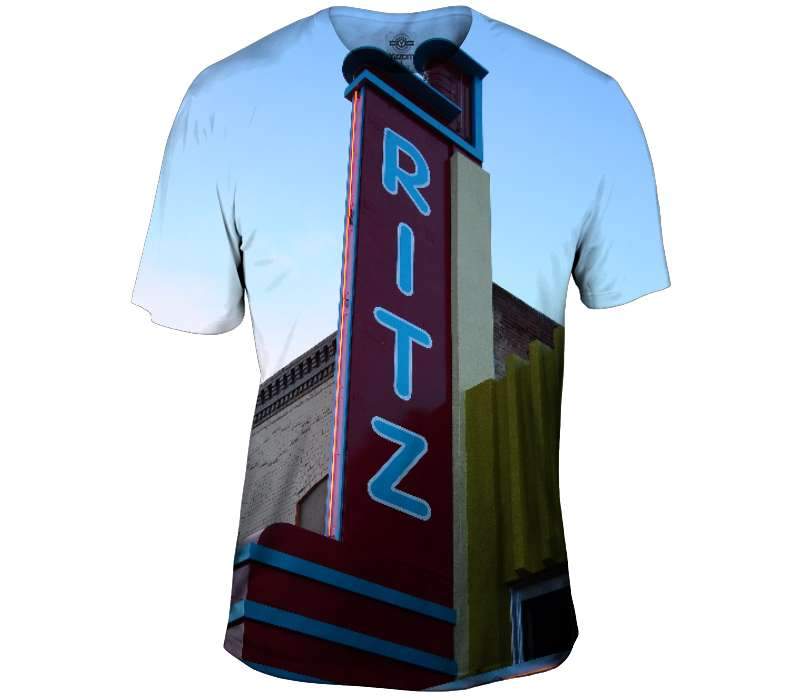 Come to the Ritz T-Shirt

Art Deco takes center stage in this trendy nod to the Ritz. The bold and decorative marquee says it all. Wear this and you’ll be the star of the (fashion) show. 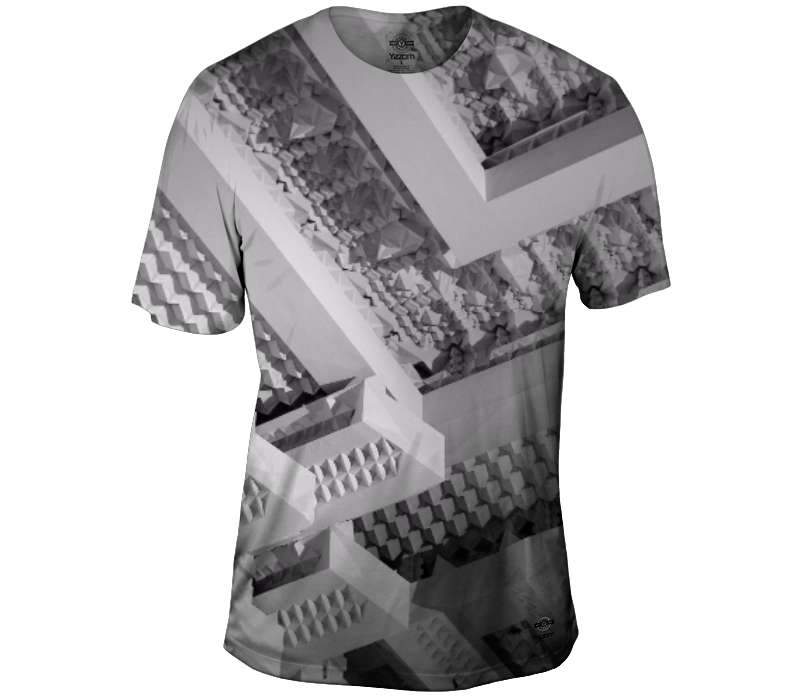 With multiple buildings and structures in Los Angeles with Art Deco on display, this print depicting the famous art is as trendy as it is comfortable. Rock this style as you head down Hollywood Boulevard… or you know, your local main street. 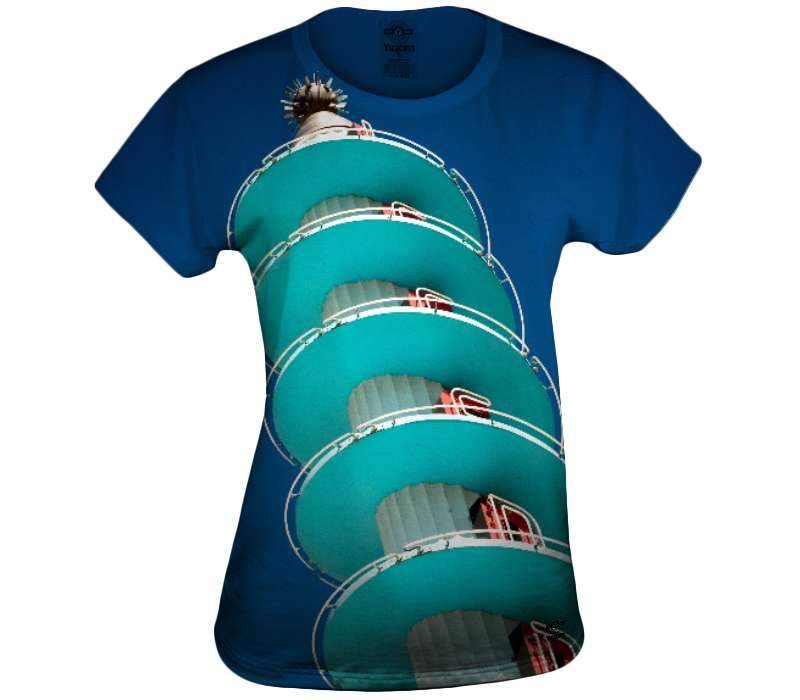 The Tower Of Deco Women’s Top

Ornate, curvaceous and oh-so-decorative, this t-shirt is a wardrobe must-have for both men and women. The bold blue combination and cool print is perfect for day or night.

If you love those designs, you’ll love the rest of our Art Deco collection with comfortable and trendy t-shirts for both men and women.