Horror Classics We Love to Fear

Since their inception, scary movies have been designed to absolutely terrify. Through the brilliant combination of incredible character acting and remarkably compelling story lines, horror films forever capture the essence of our deepest fears of the unknown. And while scary movies are constantly being produced, many as blockbuster hits, it’s the horror classics that continue to this day to be favored among film buffs everywhere.  From zombies and ghosts to monsters, vampires, and the supernatural, old classic horror films remain as a staple for Halloween entertainment.  Modern movies, though good, simply don’t hold a candle to the love (and horror!) we have for the classics. After all, many of the classics first appeared in novels and folklores before they hit the big screen.  These stories and the way they can make even the most fearless person’s skin crawl, are true masterpieces.

So what is it that makes a really outstanding horror movie? What does it take to be equally as scary when watched in broad day light? Bottom line, the stories that tap into our dark, primal fear manage to give us the best chills and terrify us by exposing us to creatures and situations far scarier than anything real or imagined. They scare the bejeebers out of us, and we love them for it. The following are some of the popular, innovative, and downright horrifying films we can’t get enough of this time of year. 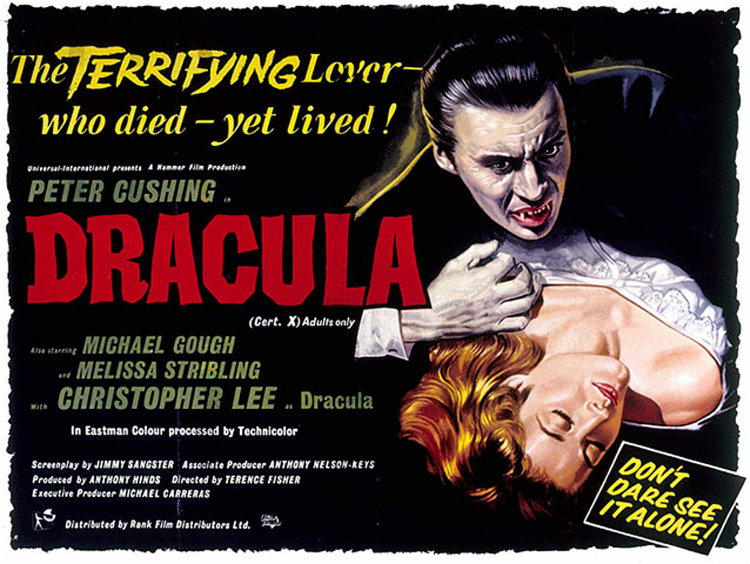 Originally an 1897 gothic horror novel by Irishman Bram Stoker, this story introduced audiences to Count Dracula and opened the flood gates of vampire fantasy. The popularity of the story became a stage play and later was adapted into a film by 1931. The plot is that the centuries old vampire Count Dracula travels from Transylvania to England to seduce his barrister Jonathan Harker’s fiancée Mina Murray in order to find fresh blood and inflict havoc in the new land.  This one is definitely not for the faint of heart, or for those who faint at the sight of blood. Although the film is in black and white, so you can pretend it’s chocolate syrup or ketchup and not something nightmares are made of. 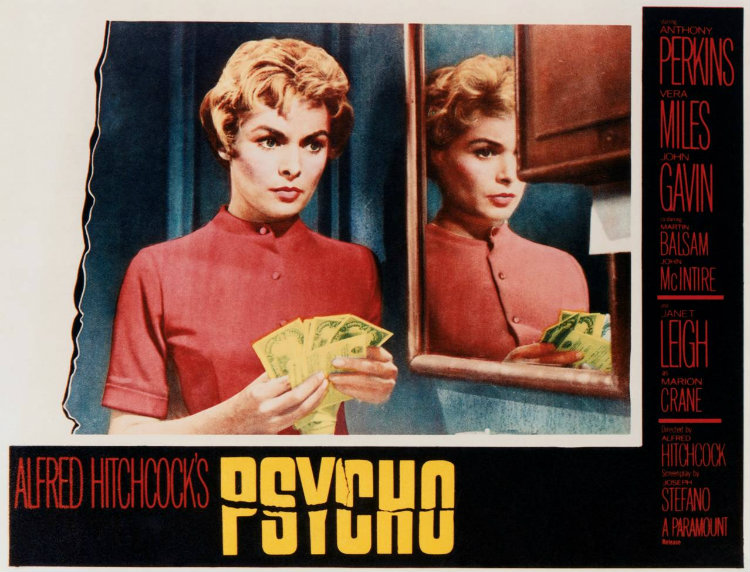 The 1960s thriller tells the story of a beautiful secretary from Phoenix who embezzles $40,000 (that was a lot at the time!) from her employer’s client and goes on the run. She decides to stay at a remote hotel (WHAT COULD GO WRONG?) run by a young man under the domination of his mother.  Directed by the great Alfred Hitchcock, this film has been giving motels and men who love their mothers just a little too much a bad rap for decades. 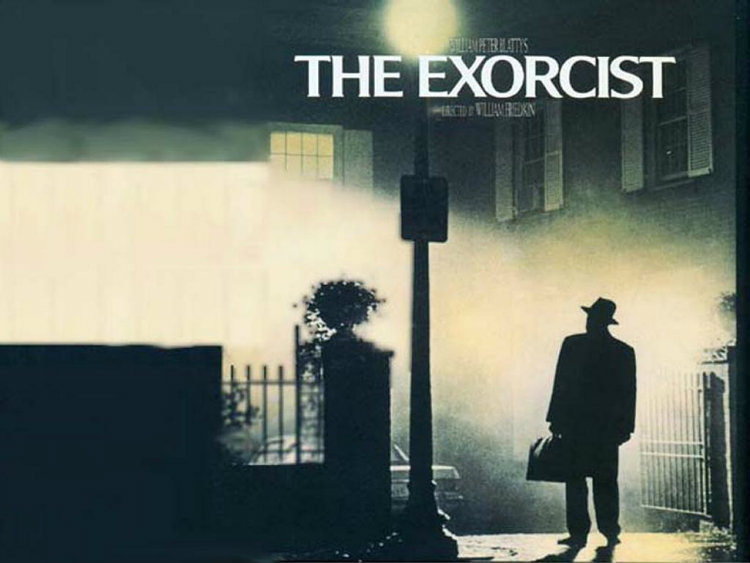 Released the day after Christmas in 1973, this horror film is one of the most profitable every made and is based loosely on actual events…*shudder.* This tale is that of a teenage girl who starts acting out and speaking in tongues. Her worried mother rushes to seek help but finds nothing until two local priests come to the rescue and offer to perform an exorcism to save the woman’s daughter. In the 70s when this movie first came out people were known to become ill from watching it and some ran out of the theaters in tears. To this day there’s a lot of anxiety that comes with watching one of the scariest horror films ever made. So, you know, if you dare watch it, do so with a friend. 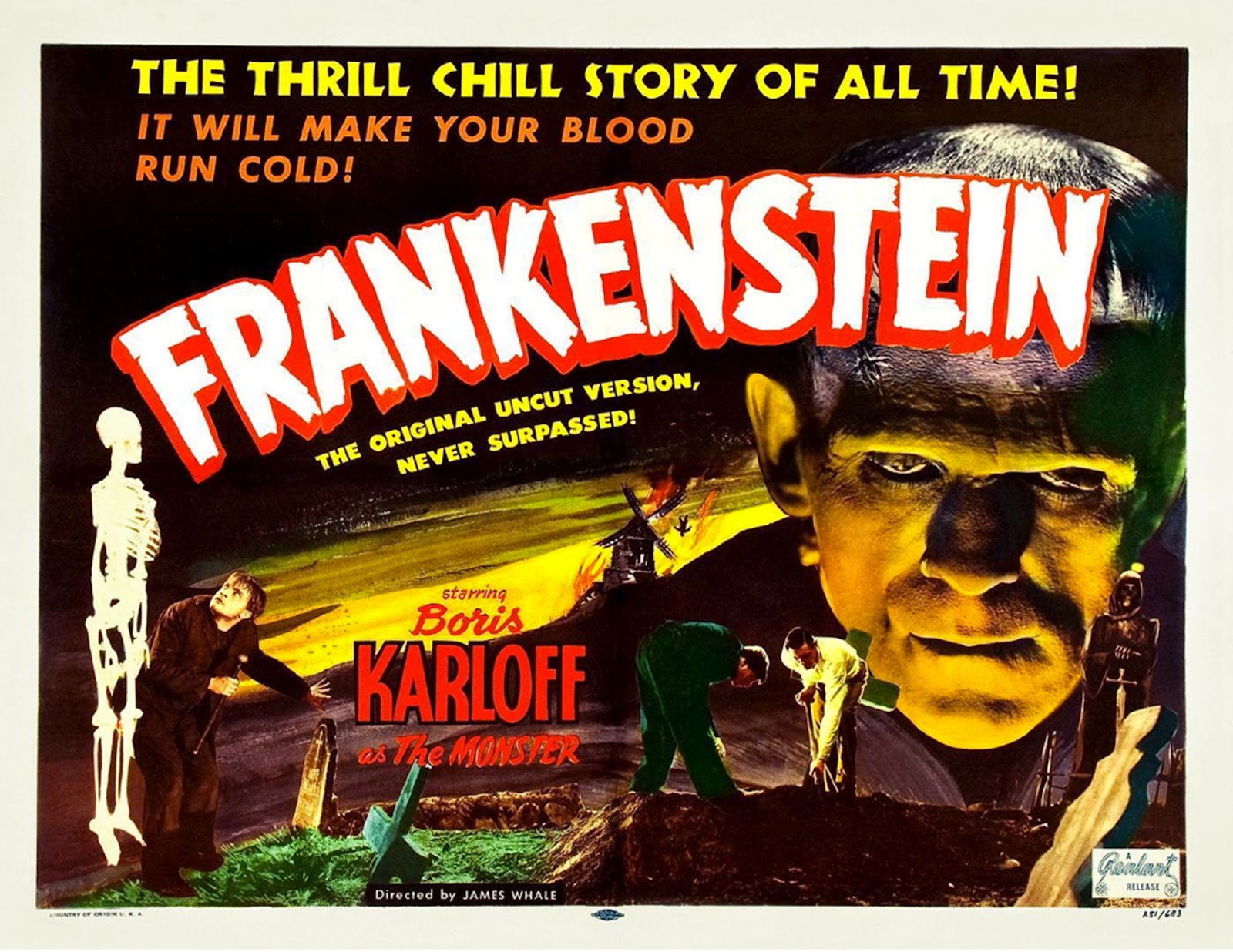 Anyone required to read Mary Shelley’s Frankenstein in high school probably rented this old favorite. Adapted from the novel, this film tells the story of a young scientist named Victor Frankenstein who created a grotesque creature in the name of a science experiment. All too often, people call the monster “Frankenstein,” but we’ll let it slide. Getting confused out of your mind is pretty easy to do when you’re horrified. Mary Shelley started writing this story at age 18 and it was published just 2 years later. 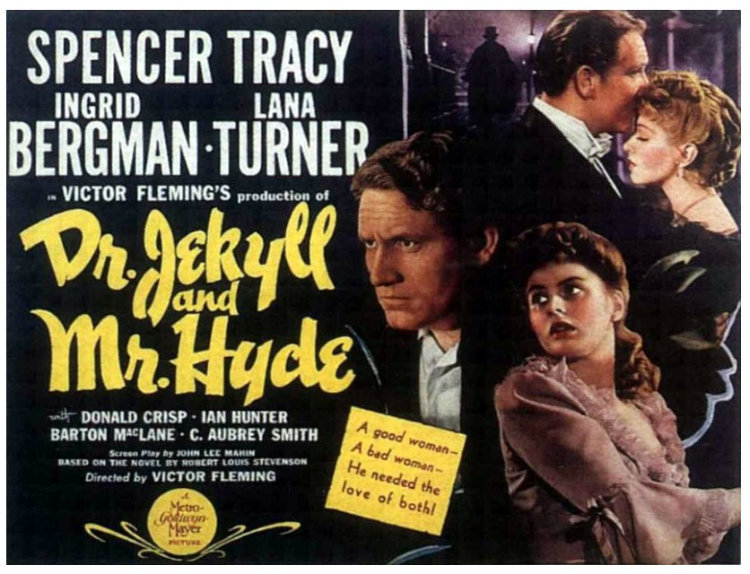 In this 1941 film, a mad scientist experiments with human nature believing that everyone has both a good and evil side that can be manipulated through chemicals. One day he tests the elixir on himself and releases a vicious alter ego, Mr. Hyde. He prowls the town going back and forth between his good and bad self. This one might not be as scary as it is relatable. Hello, Monday Morning and Friday Afternoon! 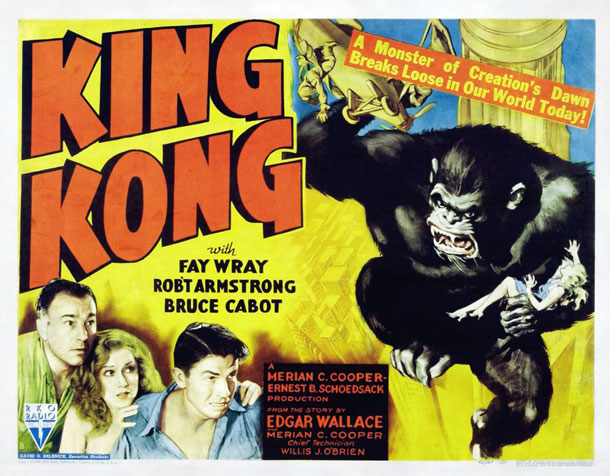 A mix of both horror and sci-fi this famous film has been remade numerous times and is constantly being referred to in all things pop culture. For those that don’t know, the premise is actually pretty simple. A film crew goes to a tropical island to shoot in a tropical location when they discover a humongous gorilla has fallen in love with their leading female movie star. They capture him and take him back to New York City for public display. 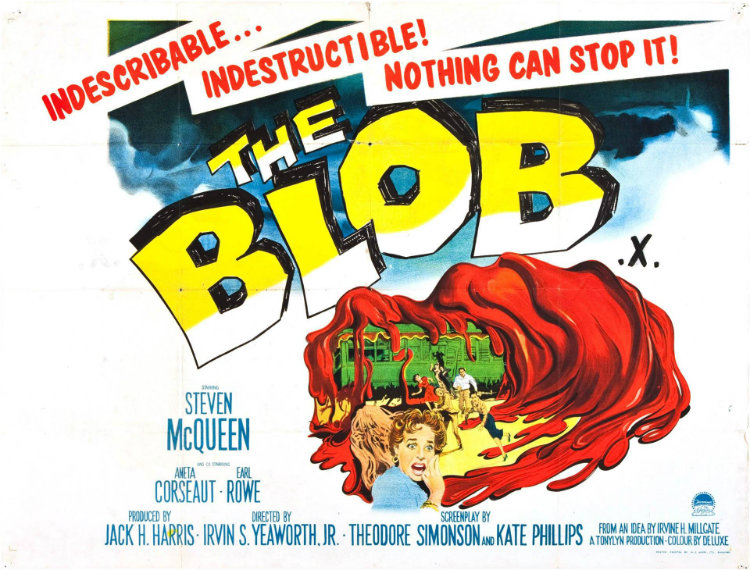 Once a drive-in favorite, this one stands the test of time. Made in 1958 the plot of this film is about a gelatinous alien life form that consumes everything in its path.  Originally appearing as the B film on the double feature with I Married a Monster from Outer Space, it quickly became popular enough to become the feature film to enthusiastic audiences everywhere. However, the critics weren’t crazy about it saying the effects looked too phony. Seriously? It’s a blob! What kind of realistic effects were they hoping for? 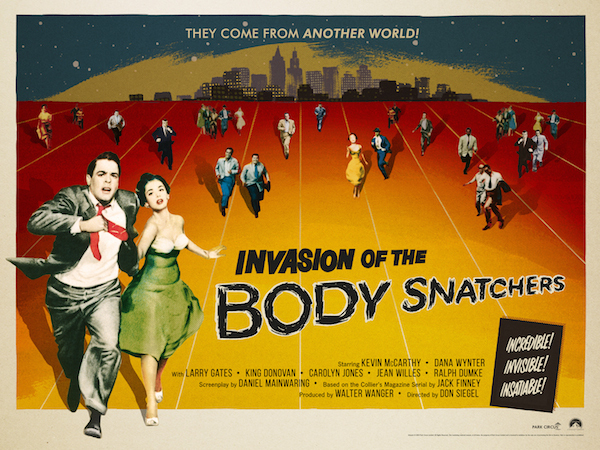 Invasion of the Body Snatchers

When a small-town doctor discovers the population of his community is suddenly becoming replaced by emotionless alien duplicates, horror ensues. This popular scary movie was a sci-fi drama produced in 1956. At first studio executives were nervous the aliens were a bit too “nude.” However, director Don Siegel somehow convinced the crew that the aliens had absolutely no real feeling about anything, including whether they were clothed or not.  Like most classics, this film has been remade, but the black and white classic is still a favorite by far.

If all this talk about classic horror films has you in the Halloween spirit, then our job here is done. But before you grab your popcorn and settle in for one of these horror flicks, or head out for a night of ghoulish fun, check out our frightfully trendy fashions that look just as good on October 31st as they do every other day of the year. As cool as they are scary, these tees will make you wish it was Halloween every day. 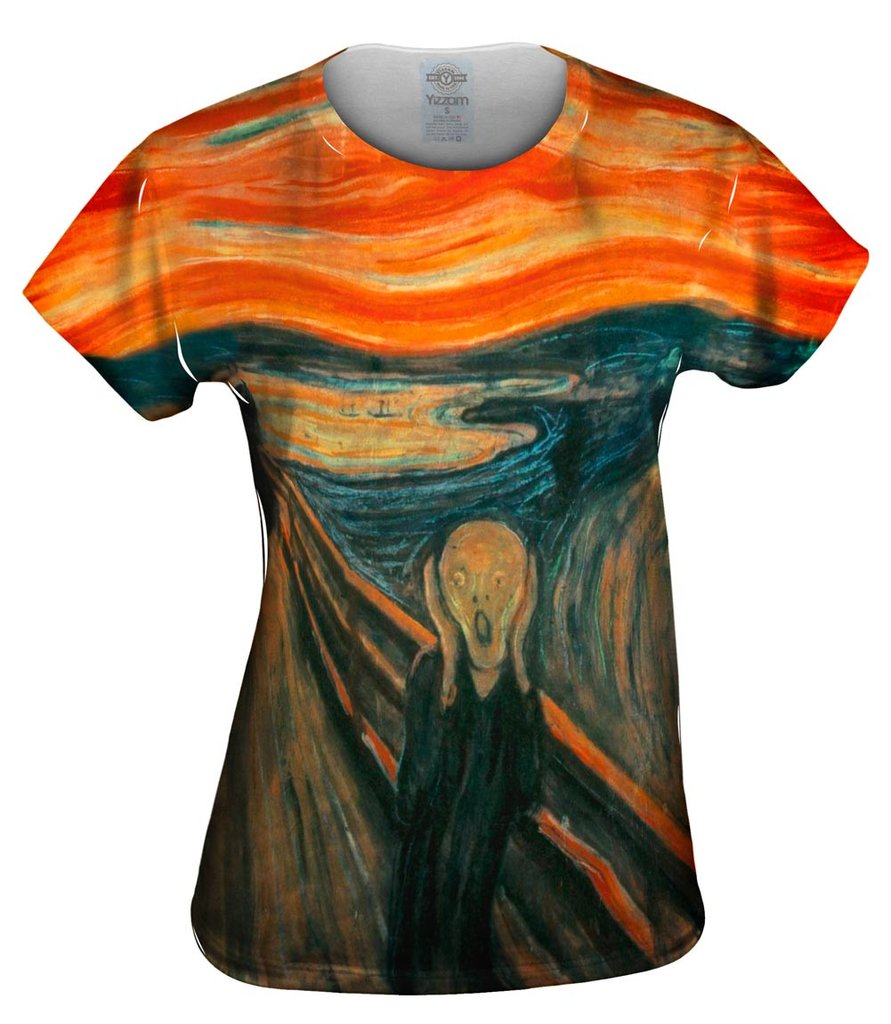 It’s impossible not to get spooked when looking at this eerie and mysterious painting.  Created by Norwegian painter and printmaker, Edvard Munch, the piece captures the very essence of horror.  Munich was known for his intense and nearly haunting depiction of psychological themes while obsessing over illness and matters of mortality. It can be argued that the troubled yet prolific artist, created one of the most significant paintings of his time, and one whose appearance around Halloween makes the holiday extra creepy. Make your wardrobe extra trendy with this print and you’re sure to get all the candy this year. 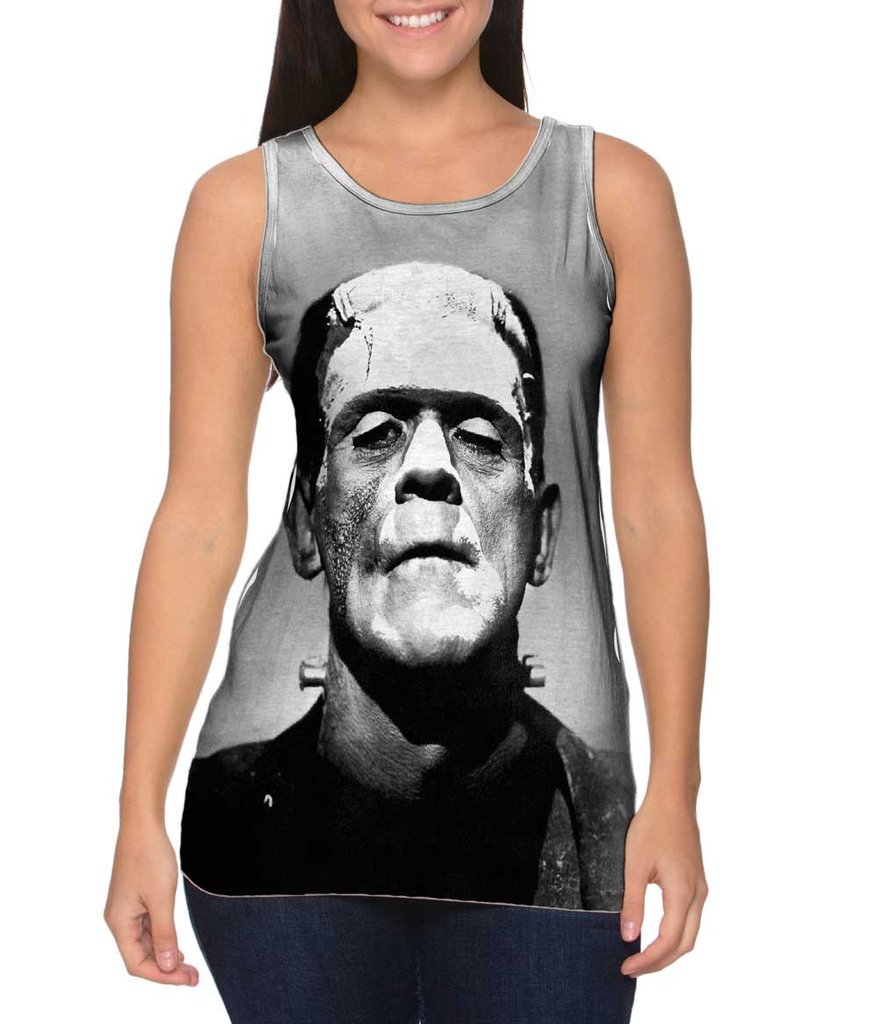 What’s Halloween without Frankenstein? Luckily, you won’t have to bother answering that because we’ve got you fully covered in our Frankenstein’s Monster tank top. It’s perfect for wearing to a party or out to lunch. Great for layering and wearing under your favorite zip-up hoodie. Show them you’re not afraid of monsters in this stylish and ultra-chic tank. 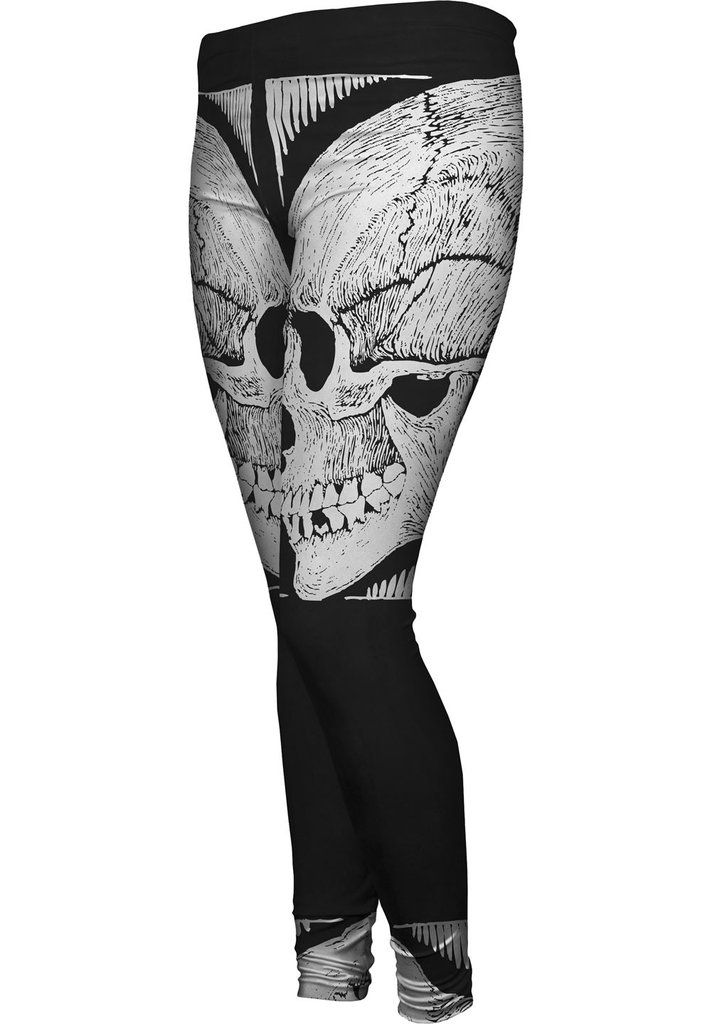 Dutch graphic artist, M.C. Escher was inspired by nature, yet that doesn’t mean his inspiration was always living! Known for his sketches of impossible objects and creative perspective, there’s no denying that things often got a little creepy in his studio. The Skull piece he did in 1919 was no exception. Fashionably cool, we’ve put this print on one of the most comfortable pair of leggings you’ll ever own. Go ahead, rock this look all year. 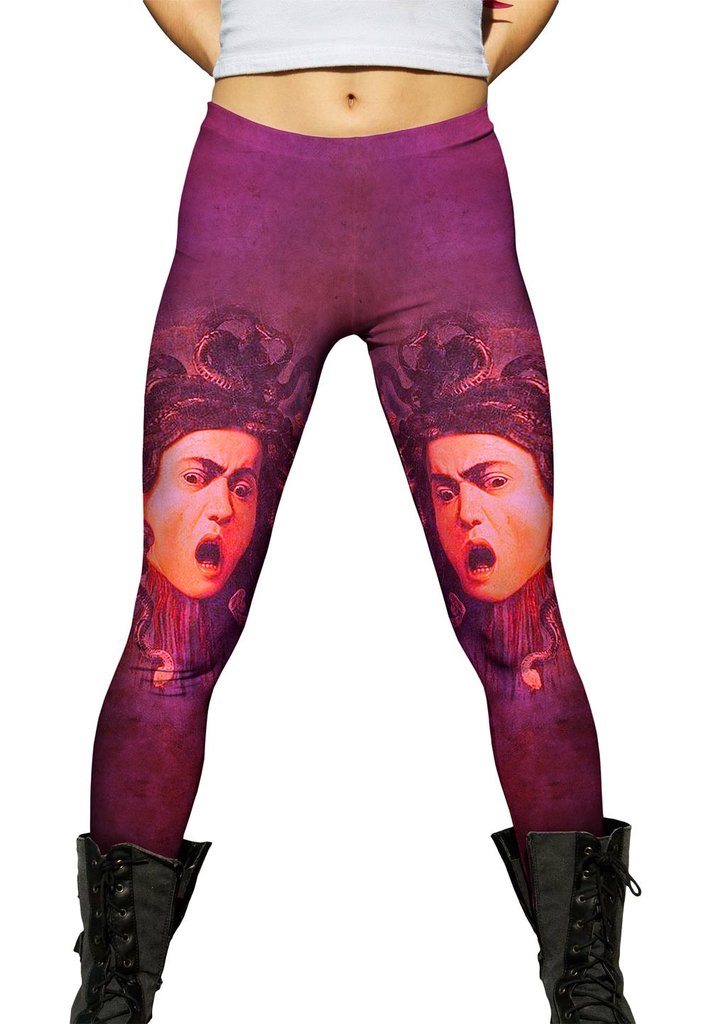 No matter who you ask, Medusa and her hair of snakes is super scary. After all, snakes by themselves can be frightening but when you put slithering, sliding cold-blooded reptiles near your head, well, that’s just next level. Go all out in both sophistication and bone-chilling fashion with these cute and colorful leggings perfect for the occasion. 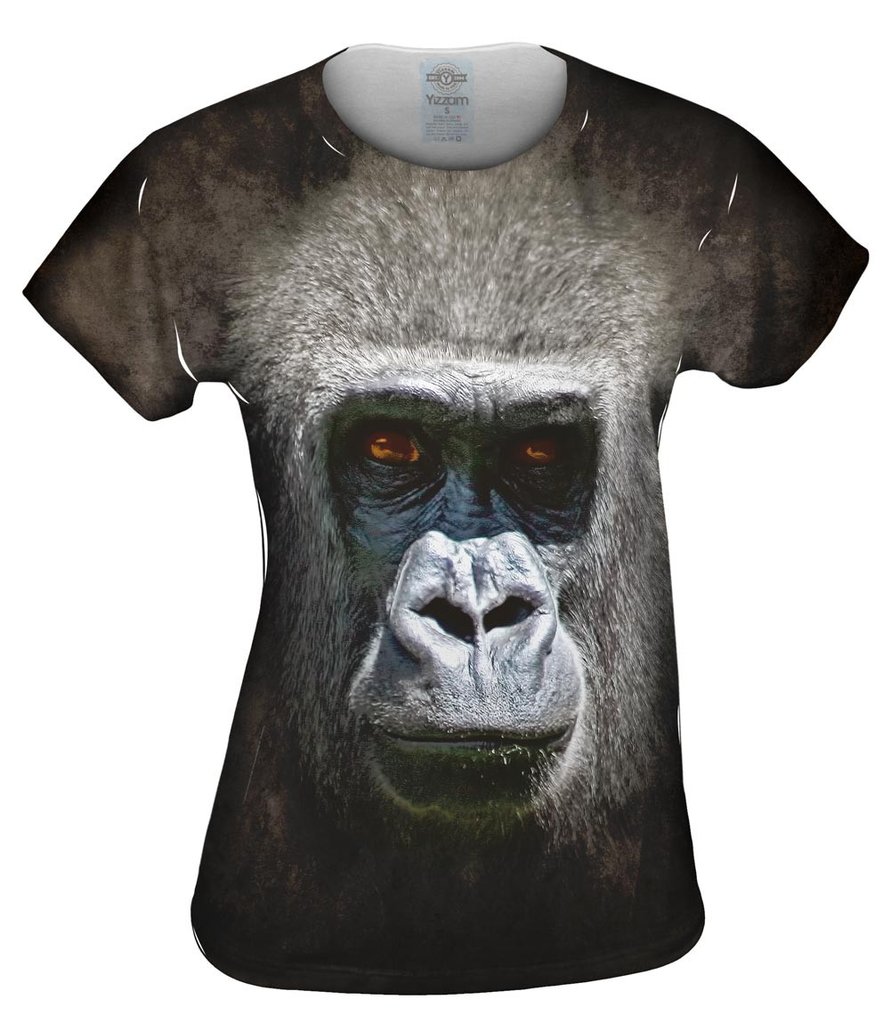 If you’ve got a thing for colossal gorillas named King Kong, this Gorilla Face top is perfect for you. Wear it everywhere from Times Square to a mysterious island, and you’re sure to make a gargantuan fashion statement wherever you go.