If you truly love all things Halloween, chances are you’re probably a huge fan of scary movies, too. While pumpkin picking, candied apples, and fun costumers are the adorable parts of this fall holiday, there is certainly a scarier, less-cute factor that true Halloween fans love to get behind.

We’ve covered classic horror films, and those will forever remain some of our absolute favorites, but in the past few decades Hollywood has come out with some equally terrifying ones. And although October is arguably the spookiest month of the year, new scary movies are released all the time, making film fanatics like us super happy. From sequels of beloved franchises to popcorn slashers, remakes to new indie classics, the horror movie genre has transcended to new heights, winning over a variety of audiences year after year.

So as you prep your costume, carve pumpkins and bob for apples, get ready to scare yourself silly with a list of our modern horror film suggestions. For a spooktacular night in, these flicks pair nicely with a fistful of bite-sized candy bars and a hot cup of apple cider. Just be careful not to spill while screaming. 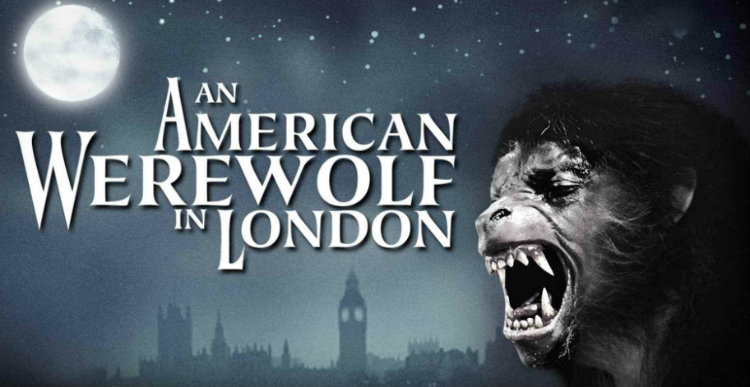 Terrifying, yet funny in practically the same measure, this film was dismissed by most American critics when it first hit the big screen. Though the story is thin and a lot of the tongue and cheek humor throughout is very overdone, it ended up winning an Academy Award for its amazing effects and creature designs. All in all, it’s a frightening film with convincing gore, which is all anyone needs, right? 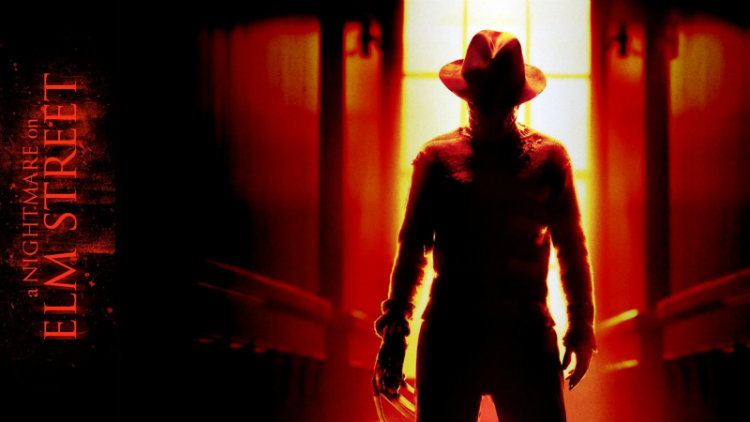 The horrifying appearance of Freddy Krueger still causes nightmares to this day. The first of a series, this movie is about a group of teenagers terrorized by an evil dude from another world. He kills people by entering into their dreams and slashing them with his knife gloves. It’s ok, we won’t tell if you still watch this one with the lights on.

Scary, though somehow not as scary because aliens aren’t real, right? RIGHT? The first movie, Alien, was scary do to the dramatic, atmospheric tension. Yet, Aliens packs a much more primitive punch. The big budget effects and sci-fi factor alone make for a great movie, but Sigourney Weaver’s stellar performance is arguably what makes this one a blockbuster hit.

Consistently frightening throughout the entire film, this movie was released around the same time as Spielberg’s E.T., yet presents the dark side of the practically the same California suburban neighborhood. Strange things start to happen to a sweet middle class family leaving in peaceful Cuesta Verde Estates. The five year old daughter goes missing only to be found alive in the house and being held on another spectral plane. The eerily haunting line, “They’re all herrre!” will leave with you chills. 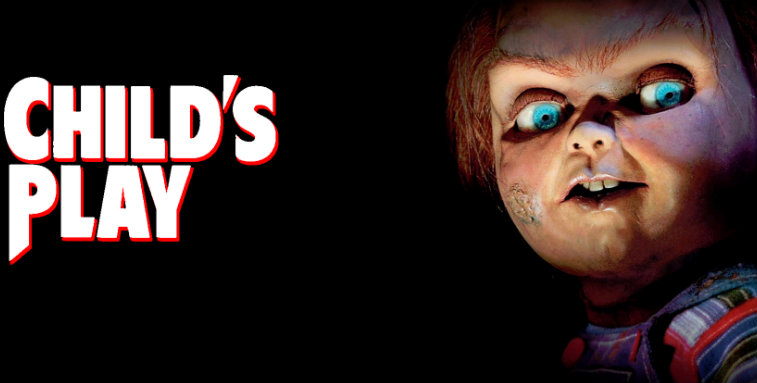 Dolls can be pretty scary. This movie opens with Brad Dourif taking refuge in a factory full of dolls. Just before the cops kill him he invokes a voodoo curse on the soul of one of the dolls. Unknowingly, that doll, Chuckie, gets purchased by a mom just trying to buy a cute doll for her kid. When one murder after another starts occurring, it’s hard to convince officials that it’s the doll doing all the killing. This movie is just the first of slasher films in the series. 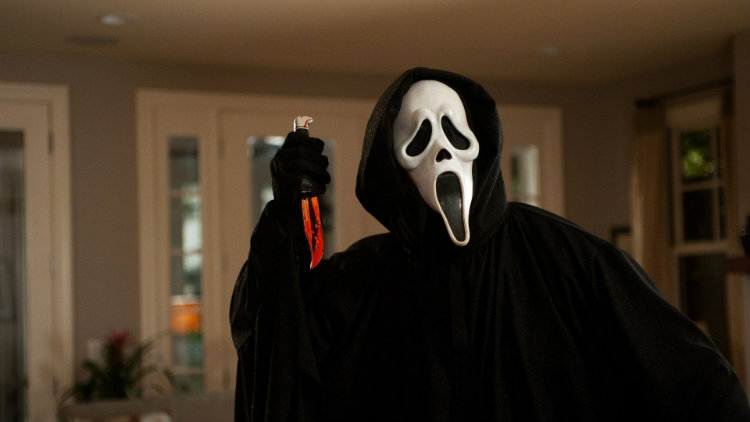 A bit cheeky at times, this slasher film became a hit instantly with sequels and even spoofs that followed. The premise of a psychopath that stalks victims, taunts them with trivia questions, and then kills them is what makes this movie both scary and mesmerizing. The killer seems to be infatuated with a group of teenagers in an average town, which makes it feel even more real. This modern classic is definitely one to watch every Halloween. 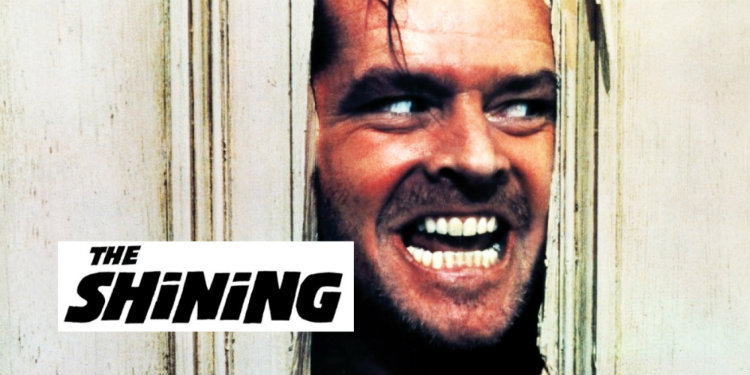 Whether you’ve seen this movie or not, there have been so many references in pop culture that it’s almost impossible not to know the storyline. It deviates somewhat from the novel, but it doesn’t even matter much because Jack Nicholson’s performance is so unforgettable. This movie is bone chilling and full of pure madness, which is why we just had to put it on the list. 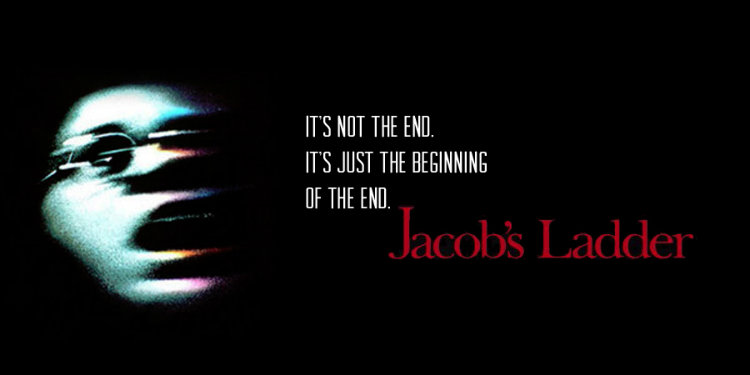 This supernatural thriller is about a tortured man who finds himself halfway between reality and hallucination. Jacob Singer, a soldier once stationed in Vietnam is traumatized by an experience on the battlefield, which causes him issues in real life. His anxieties take over and his hallucinations become out of control. Not for the faint of heart, this film is scary in a variety of ways. 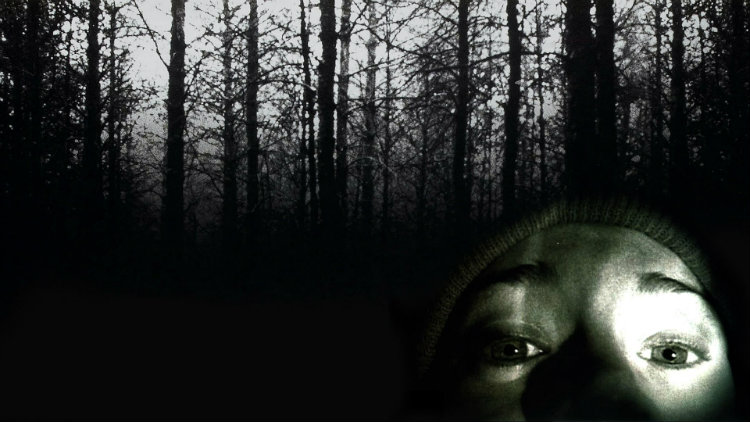 The reason this movie was so dang scary when it was first released was because nobody knew if it was a true story or not. The entire movie appears to be a documentary capturing the adventures of college students interested in witchcraft and voodoo in the woods. They get lost and the dramatic and amateur feel of the filming creates a realistic and horrifying story. The film premiered at 1999 Sundance Film Festival. 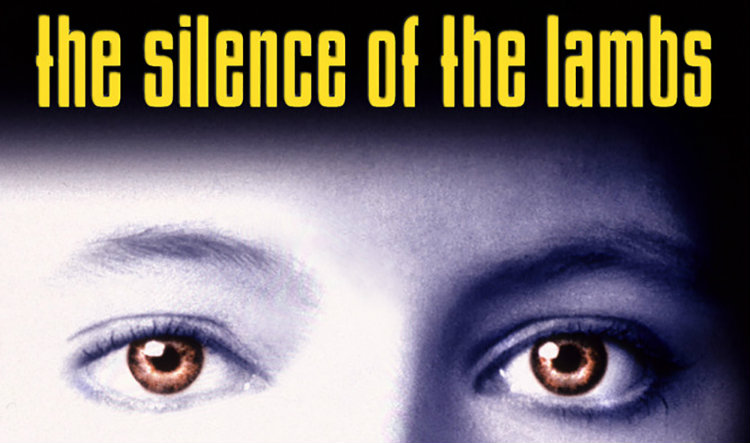 Anthony Hopkins plays an unforgettable psychopath killer, Hannibal Lecter, in this horrifically brilliant film. A winner of multiple Oscars, the film tangles the horrors of criminal acts with the psychological behavior of the killer. With a great plot and truly believable characters, part of what makes this thriller so scary is how realistic it feels. 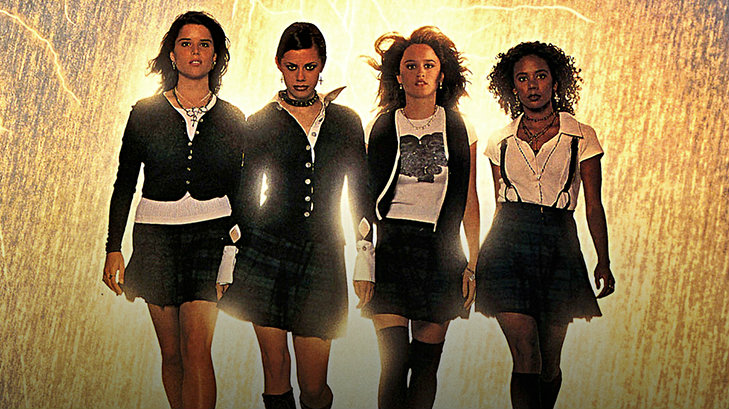 Just like those Halloween costumes that make things like nurses and librarians sexy, The Craft makes witchcraft sexier than ever. The dark fantasy is kept afloat despite the lack of plot depth and holes in the story. You won’t find any brutal violence, bloodshed, or even much creepiness in this film. It’s mostly about four leading women with a variety of personalities and characters delivering perfect, and dare we say sexy, witches 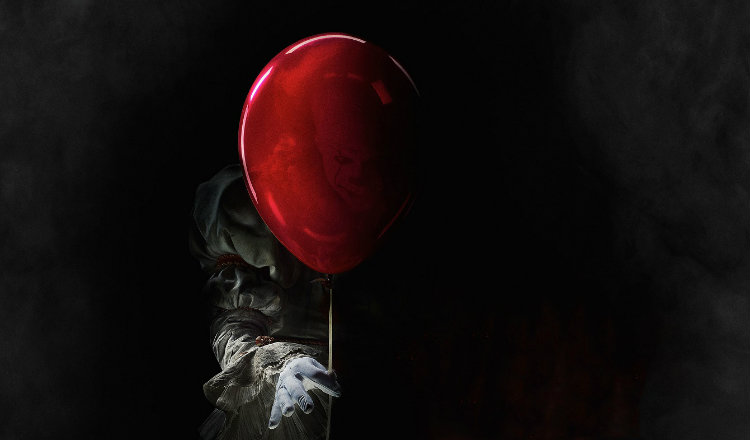 Stephen King’s novel with the same title was so incredibly long, movie producers believed it was completely unadaptable. Yet, that was disproved twice. The newest release of this film is similar to the original as it focuses solely on the kids’ side of the narrative of the haunted town story. From the start, it makes you hope for an adult-centric sequel. The remake transplants the story from the mid-1960s to the late 1980s, which is both nostalgic and hilarious, while scary all at the same time. Pennywise is as fantastic and creepy as ever in this remake. 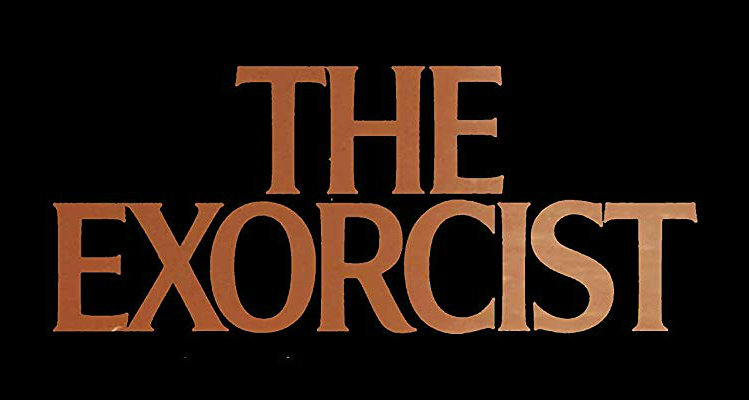 Over 50 years after its release, this film remains one of the scariest films of all time. A terrifying, yet atypical villain, Regan MacNeil is a 12-year-old girl believed to be possessed by the devil. The Oscar-nominated film has it all with game-changing scenes, heavy thematic material, and a cast of characters that deliver incredible performances. Definitely a must-see this October. 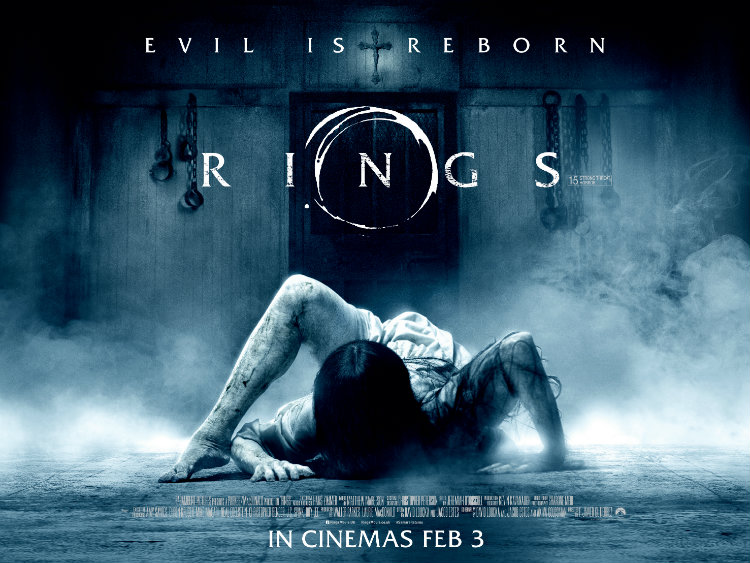 This movie made everyone afraid of their television for a while. The story surrounds journalist Naomi Watts as she investigates why members of the community keep dying from watching a certain videotape. What makes it even more scary is that almost feels like an urban legend. Viewers watch nightmarish images and then receive a phone call telling them how they are going to die in exactly seven days. Full of suspense, excitement, and even has a creepy kid, like all the best scary films. It became so popular that several sequels followed.

Night of the Living Dead 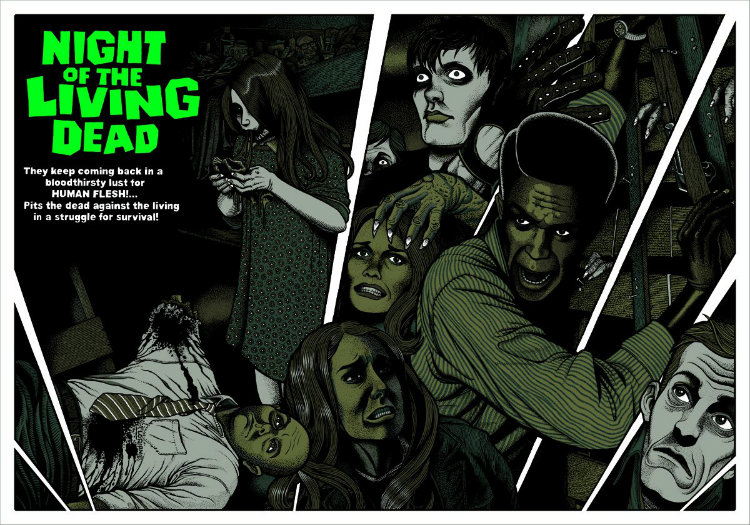 For those who love zombies, this is a must-see flick for ultimate Halloween chills. There’s no doubt that this film created the zombie obsession and our fondness for sociopolitical echoes.  The low budget magic of filmmaker George A. Romero proved that you can make a perfect black and white horror classic without deep pockets.

The bogeyman slasher film has been a favorite since John Carpenter’s original debuted in 1978. The story brings to light, er dark, a psychopath who shakes up his hometown after midnight. With an outstanding performance by Jamie Lee Curtis, this one is a must-see every year. Invite your friends and make a night of it; there are a legion of Halloween sequels to binge watch. 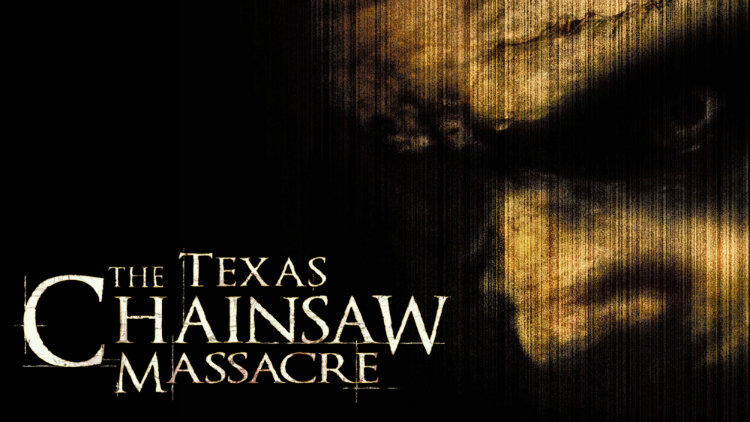 This one has a plethora of remakes, but if you’re going to really get into the Halloween spirit, you must stick with Tobe Hooper’s 1974 original. This film is about a young woman who believes her grandfather’s grave was vandalized and sets out with friends to investigate. After a detour, they discover a group of murderous outcasts and must do everything to escape. That’s when the thrills really heat up! 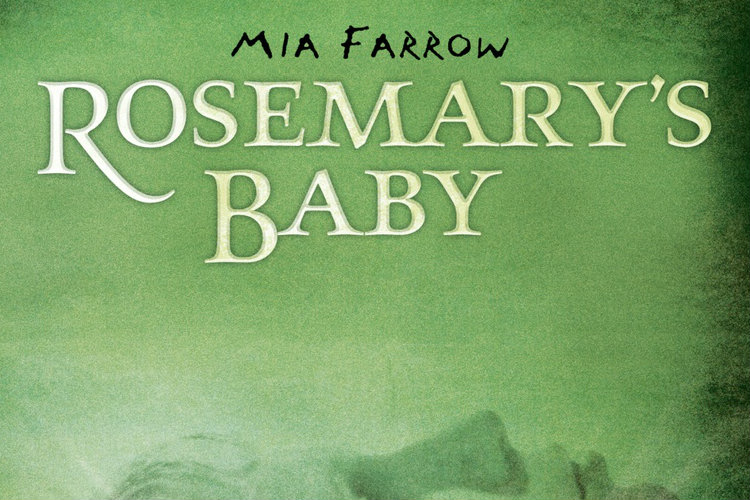 In one of the most disturbing allegories of a pregnancy gone wrong, this 1968 film is about a mother who believes her unborn baby is not of this world. The plot surrounds a young couple who move to NYC and into a strange apartment building known for its odd neighbors, one of which is has a history of Satanism. Rosemary, played by Mia Farrow, becomes increasingly isolated throughout her pregnancy and the diabolical truth is revealed once she has given birth. 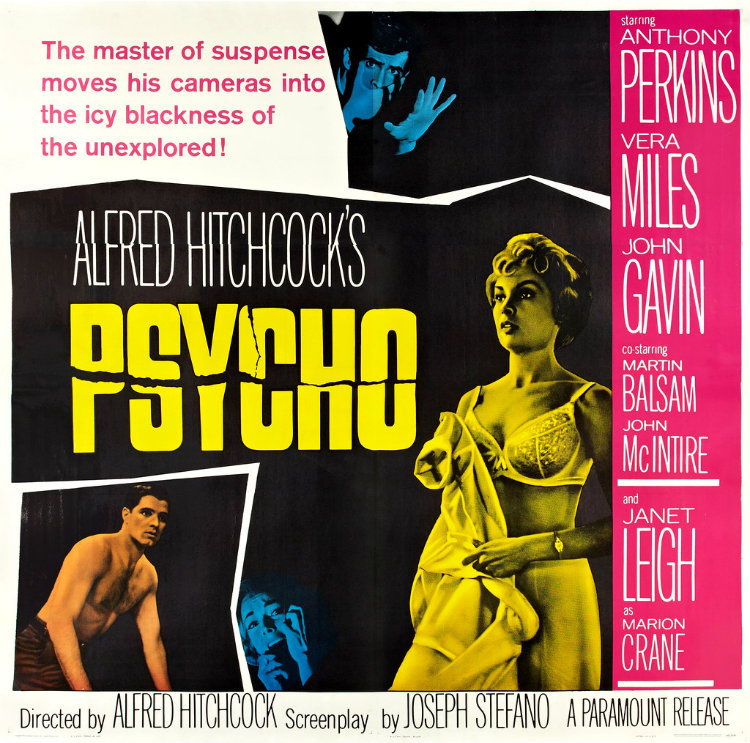 This cautionary tale proves you should never steal from your boss or stay at a roadside motel – especially if it’s run by a mama’s boy. A classic by the great Alfred Hitchcock, this film is worth watching more than once a season. Janet Leigh and Anthony Perkins are perfect in their roes and deliver epic performances for intense thrills. 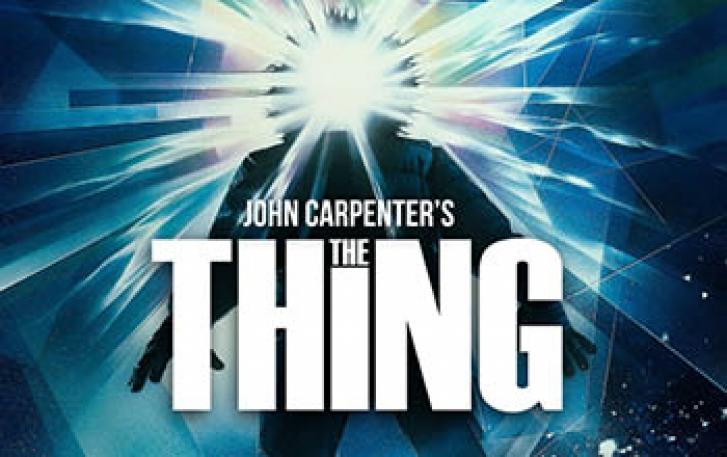 Perhaps a little underrated, this film is about a shapeshifting intergalactic monster that has the ability to morph into the human form. As weird as it is scary, this one is makes it hard to look away.  The father of Halloween, John Carpenter, does it again with intense suspense, scary music, and some seriously disturbing special effects. 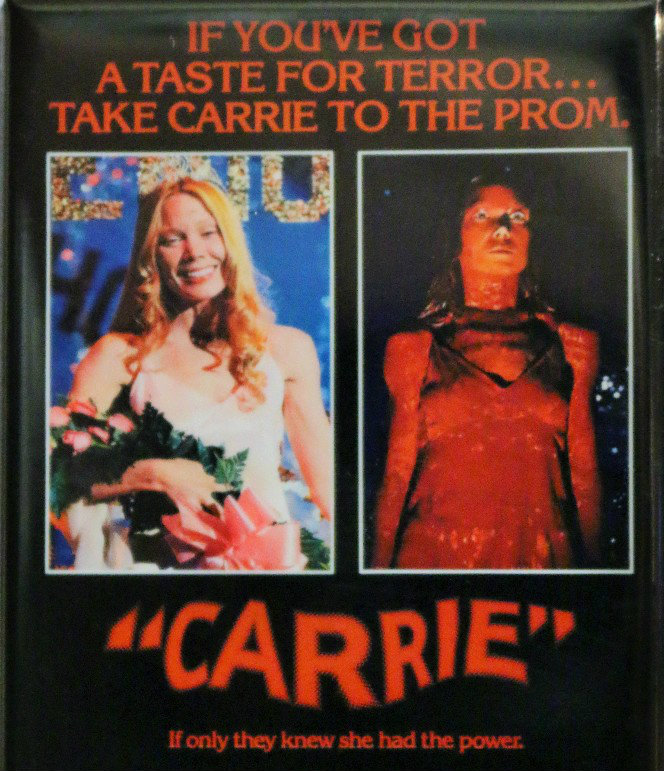 A film adaptation of Stephen King’s first novel, this modern classic is about a troubled high school girl named Carrie White who has extraordinary telekinetic powers. The plot outlining her violent rampage of revenge is what makes this barrier-breaking story one of the most shocking horror films of all time. You might want to watch this one during the day.

Invasion of the Body Snatchers 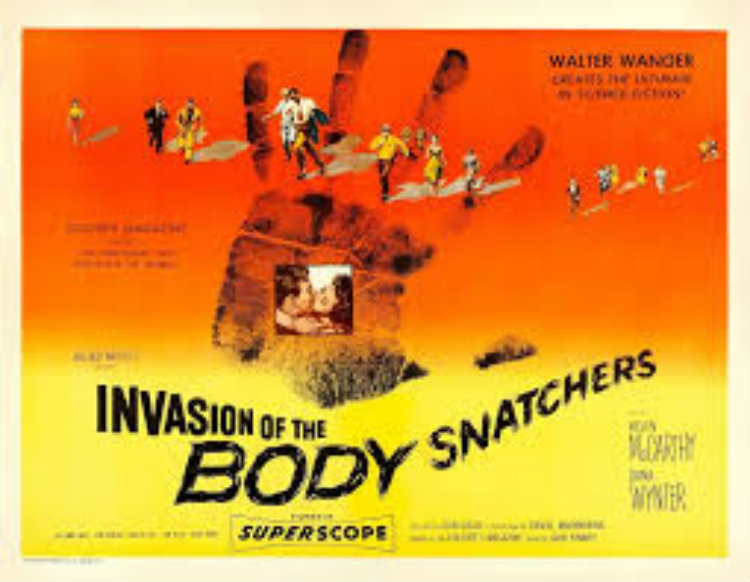 Somewhat of a joke now that effects have come so far since 1978, this one is still unnerving and perfect for a Halloween themed movie night. Taking place in San Francisco, the story is about a change in behavior of the city’s citizens. They all start acting weird and nobody knows why. Don’t blame us if you can’t sleep after watching this one! 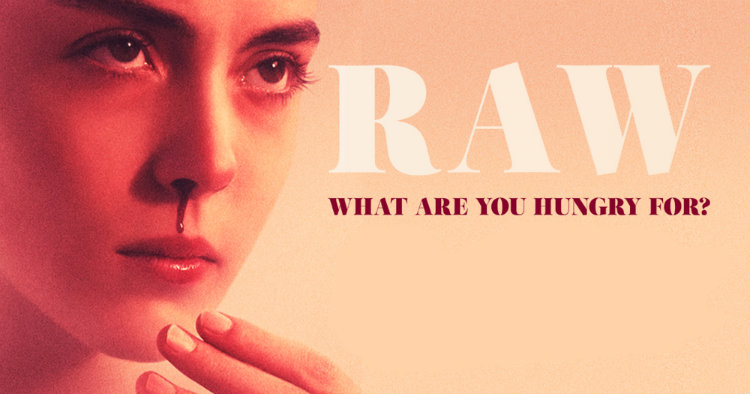 There’s nothing scarier than cannibalism and this one does not disappoint. The story starts out pleasant as a vegetarian begins her first semester of veterinary school. But when she gets a taste of meat, things get a little horrific. The suspense begins as viewers wonder just how far she will go. The art-film vibe alone makes this one worth the watch. But yea, don’t actually watch it alone. 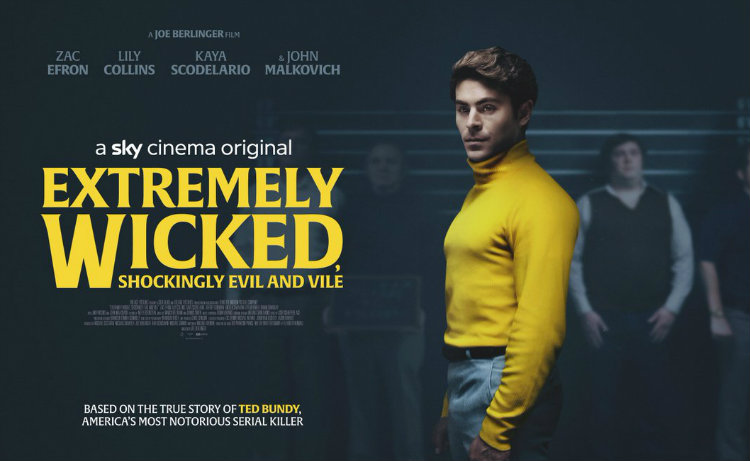 Not meant to be a horror film, but it may keep you up at night, this biographical crime thriller is based on the real life, horrific murders of convicted killer Ted Bundy. Full of Hollywood’s biggest stars, this one is startlingly good and magnificently magnetic. With his charismatic personality and charm, don’t be surprised if you begin to find yourself accidentally siding with the bad guy a few times.

Save 15% when you buy any 2 items from the Yizzam shop with code: SCARY15 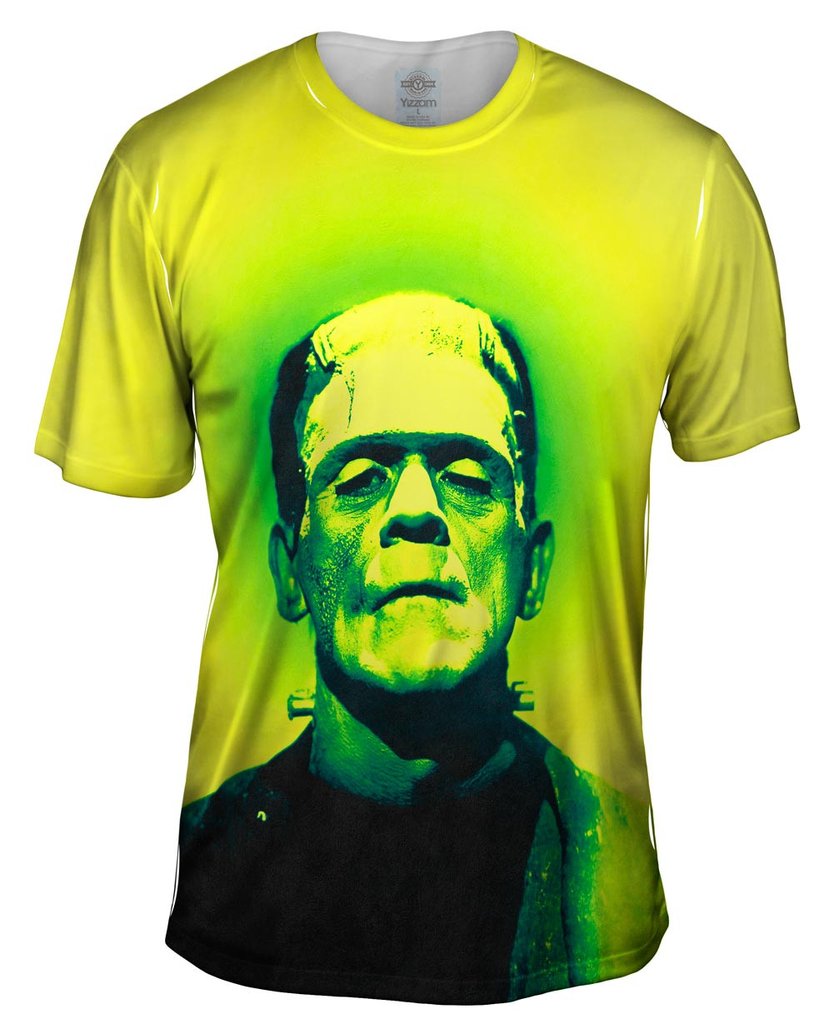 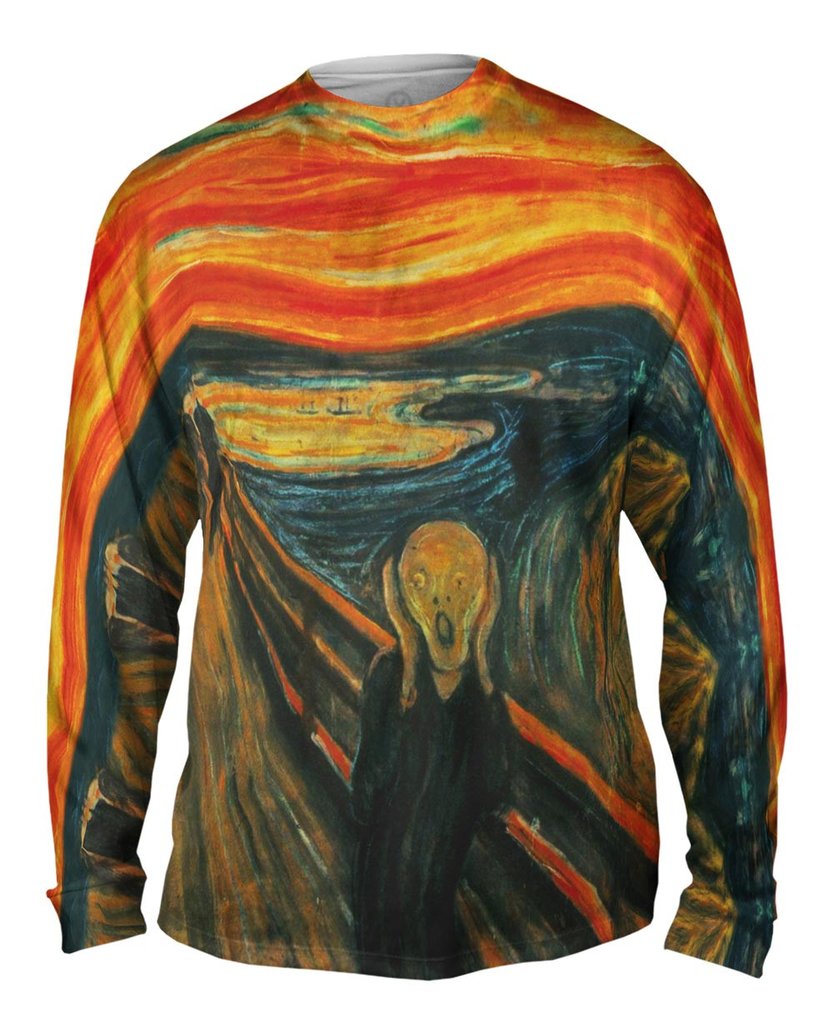 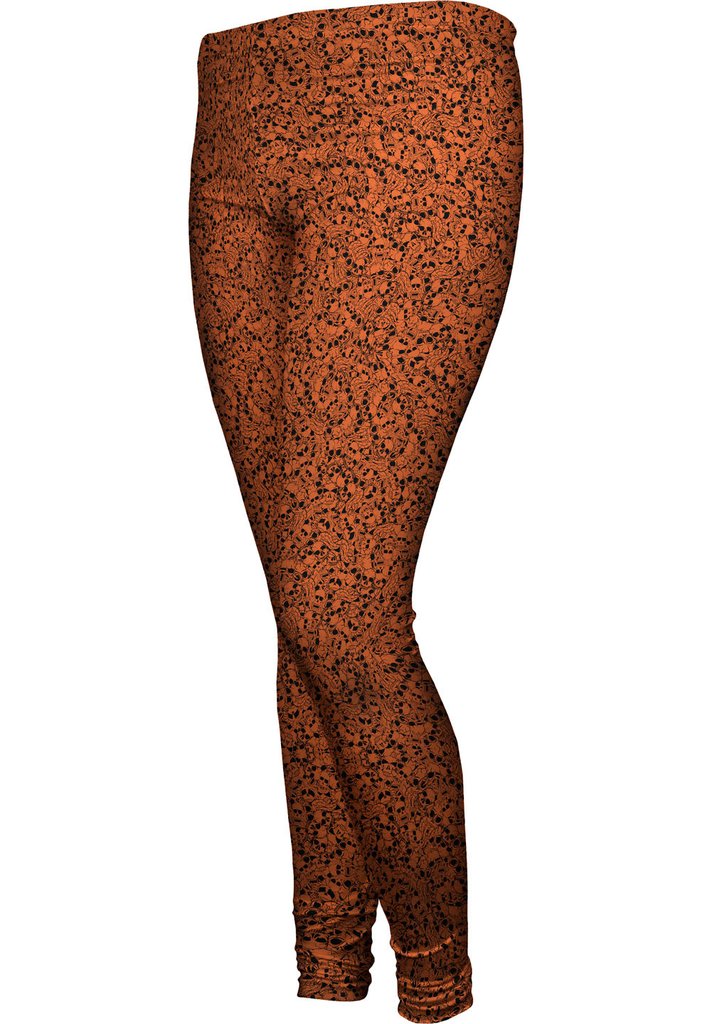 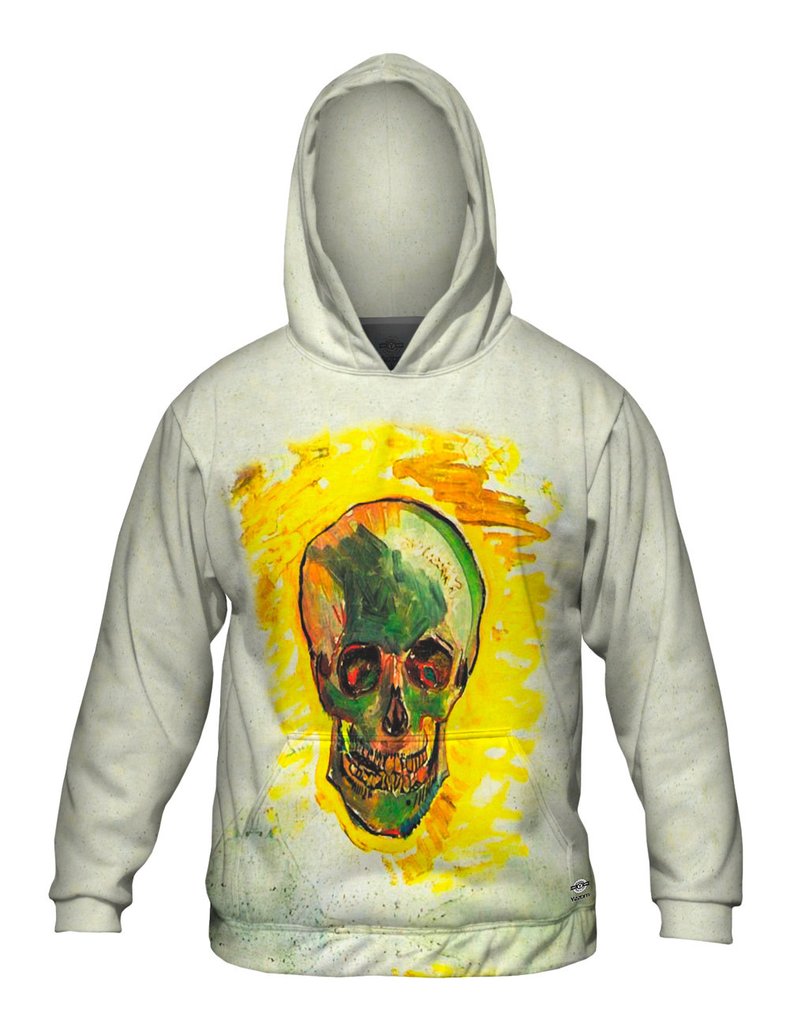 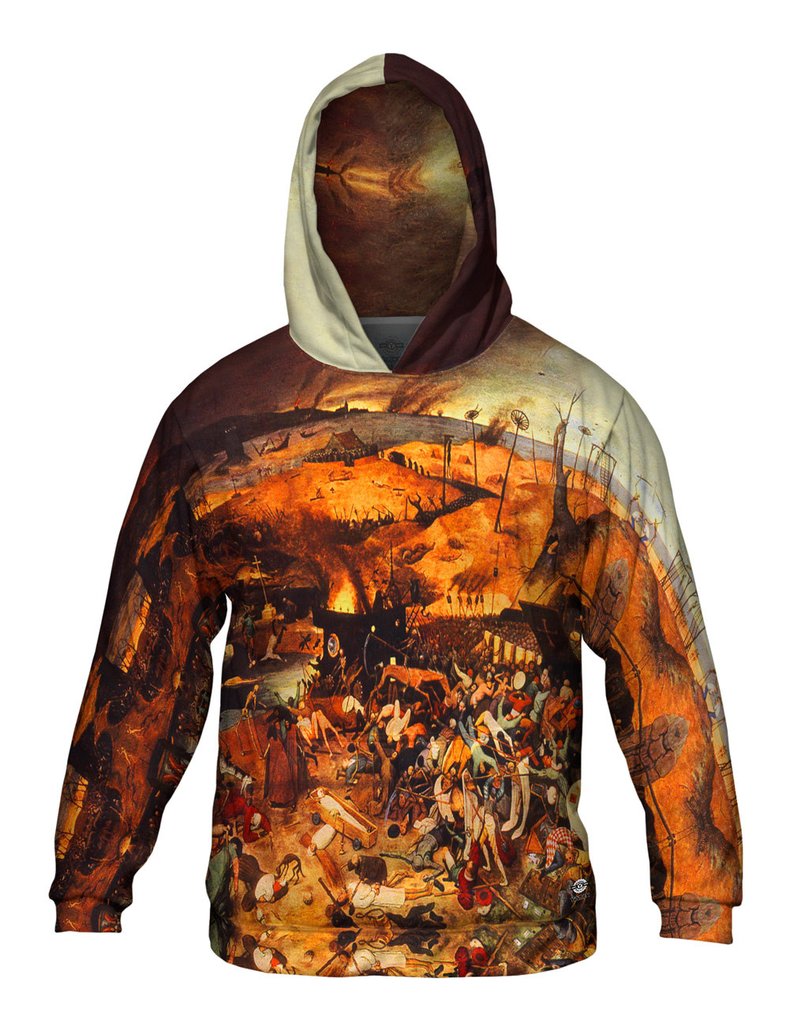 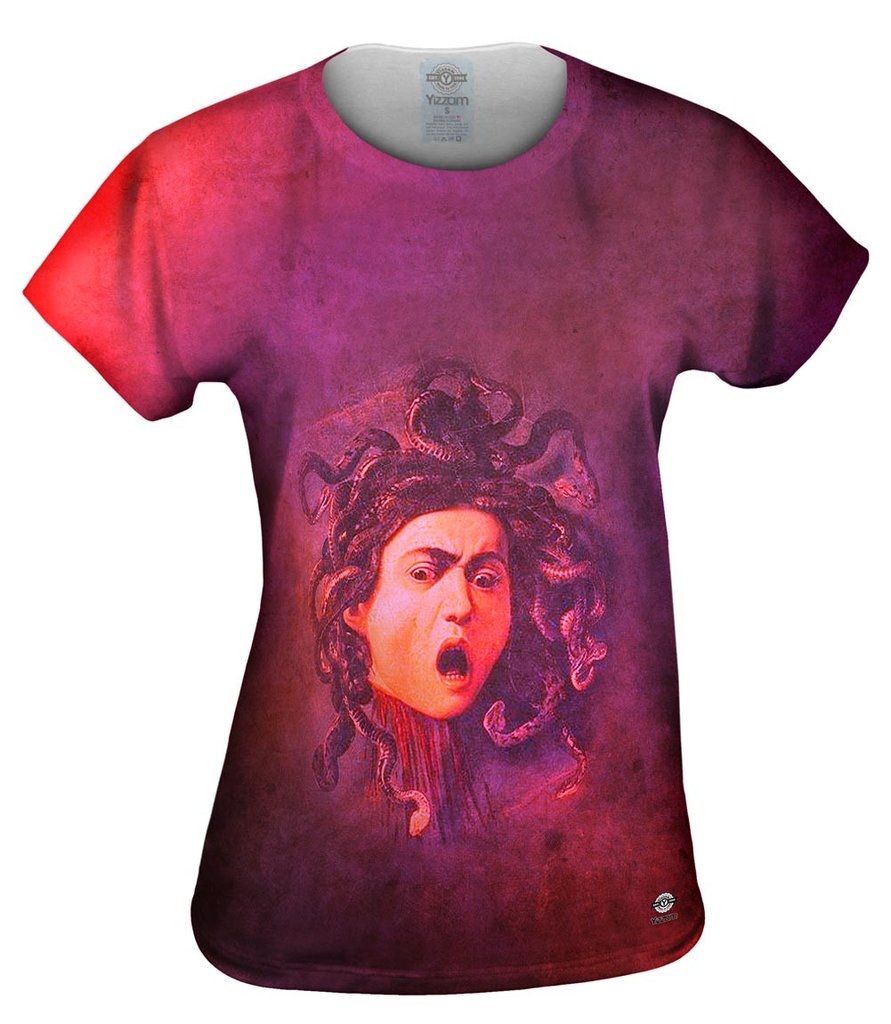