Even if you napped through most of art history class or haven’t been to an art museum in years,  there’s a no denying that the works of Alphonse Mucha are distinctly recognizable. Most often featuring beautiful women with long, flowing hair adorned and decorative flower arrangements, the Czech artist used motifs of ochre, gold, peach and eau de Nil, to set himself apart from the other artists of his era. Because he grew up during a time of hyper nationalistic consciousness, a reaction based on the Germanization of Czech culture, his art gave him the chance to fill a void in the nation’s gap for cultural representation.

Vintage decorative ad art as we know it today began when Mucha got his big break in 1894. Commissioned by the legendary stage actress Sarah Bernhardt, the artist designed the poster for Gismonda, a Greek melodrama for which Bernhardt both performed and directed. His stunning design portrayed the actress in character, wearing a dramatic orchid headdress and exquisitely embroidered gown. His poster design was so revolutionary and caused such a stir that he became an almost immediate sensation. His career took off when the poster appeared on hoardings throughout Paris in January 1895. 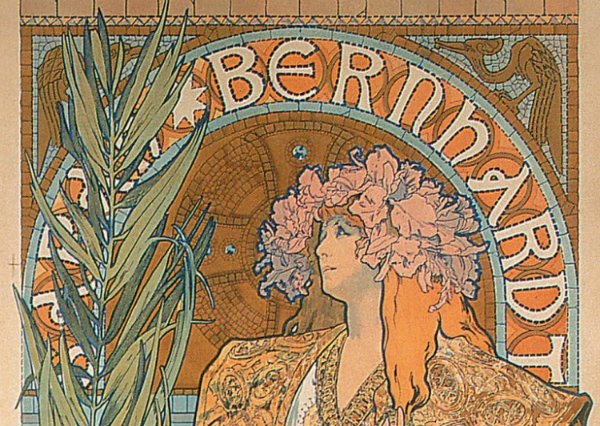 After he created six more posters for the actress, it was evident that the partnership encouraged not only his artistic development, but also in creating an enduring image of “The Divine Sarah” in the public imagination. People began to take notice and Mucha was inundated with a flood of commissions for decorative ad posters.

But it wasn’t just Mucha who was creating posters at the time. Thanks to developments in the humble lithographic, printing posters became a much faster process and Paris entered a golden age of poster art. Art Nouveau artists like Théophile Steinlen and Henri de Toulouse-Lautre, along with Mucha were commissioned to create more decorative and innovative advertisements than ever before, and the streets of the city turned into open-air displays with impressive veritable art exhibitions. These artists took daring risks in their poster designs, somewhat unheard of at the time, and people couldn’t get enough! 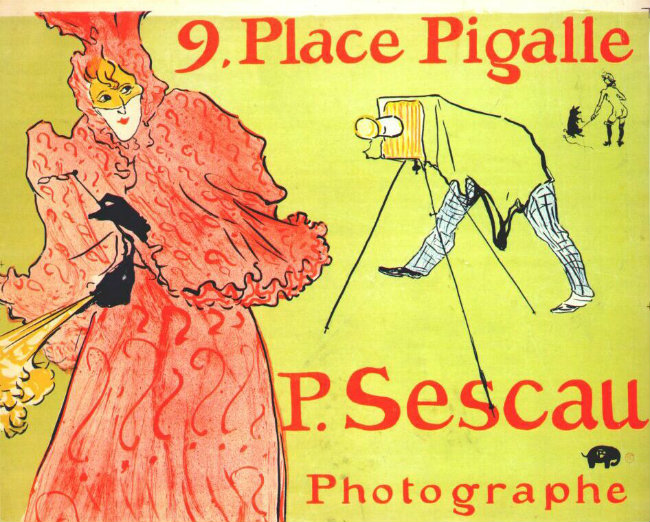 It’s hard to think of a world without selfie filters, Instagram, and billboards in Times Square. But there wasn’t any of that back then, and prior to the movement, the lithograph was underutilized as a method in printmaking. But in 1890, Jules Cheret, known as “the father of the modern poster” introduced color to the lithograph and everything changed. The technological revolution inspired Alphonse Mucha, Henri de Toulouse-Lautrec and so many others to make the Art Nouveau aesthetic even more accessible. The experiential nature and extensive influence of the movement blurred the lines between fine art and mass production as bright and bold advertisements were popping up everywhere in public.

The works of Mucha, largely disseminated through decorative advertising posters, continues to excite the public imagination. His work began one of the most important and egalitarian forms of visual communication of the 20th century.  His powerful designs have ensured that even his most commercial works have transcended their original purpose and are still reproduced all over the world to this day. 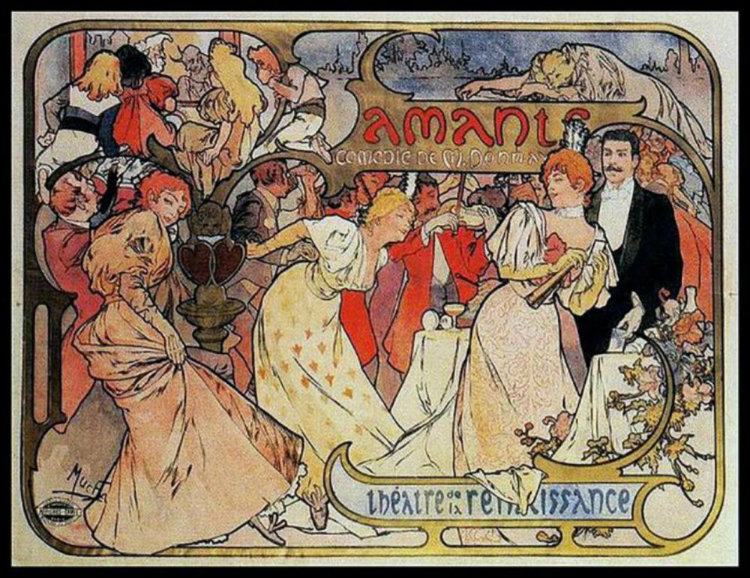 Want a piece of vintage decorative ad art of your own? We have an entire collection of Vintage Decorative Ad Art apparel. This collection features Art Nouveau artists such as Lance Parfum Rodo, Achille Mauzan, Leonetto Cappiello, and of course, Alphonse Mucha. These artists were particularly successful in appealing to female audiences, which made their style incredibly popular.  Full of elegance and grace, turn-of-the-century advertisements like the ones featured in our collection, often put beautiful women front and center. From cosmetic companies to fashion, Art Nouveau added to the visual culture of commercialism and our vintage decorative ad art apparel is a collection of unique apparel from a few of the most popular designs.

Our vintage decorative advertising all over print t-shirts, tank tops, leggings, and hoodies are all here! So check out a few of these faves and add them to your own collection.