9 Reasons Why da Vinci was the First Renaissance Man

Leonardo Da Vinci, known by many as the father of modern science, is one of the most fascinating and acclaimed artists of the Renaissance.  Famous for the Mona Lisa among other works, the artist also brought us inventions like contact lenses, helicopters, parachutes, and even an explanation as to why the sky is blue (it’s because of the way air scatters light).  A dreamer, a creator, natural genius and student of all things scientific, Da Vinci epitomized the definition of “Renaissance Man.”

Although today the famous Italian remains best known for his art, there are numerous amazing facts about him that most people do not know. The following are just a few interesting details about Leonardo that make him stand out as one of the most admired artists of his time.

1. Where’s the Beef?
Leo was a staunch vegetarian and had an unparalleled love for animals. He used to purchase caged animals for slaughter just to set them free into the wild.

2. He Knew the Human Body Inside and Out
Hired at one time to dissect human corpses in a hospital in Florence (ewww!), he used this experience to create over 200 pages of drawings of the human form. He also snuck into graveyards at night to dig up corpses (*shudder*) and study the human anatomy.

3. He Had Epic Painting Skills (Duh!)
Leonardo’s gradation of tone in his paintings was innovative and way beyond what other painters at that time could do. Because of this, he had more emotional depth in his paintings than those of his peers.

4. He Wrote Stuff Down
There are over 13K recorded pages of Leonardo’s notes, drawings, doodles and thoughts. Just think what he could have done with Instagram!

5. His Parents Had a Ton of Kids
Although he was the only child of his parents, when they split up his mom married another man and his father wed 4 more times. There were a total 17 other children between them.

6. He Lacked Follow-Through
Leo worked very slowly and didn’t always finish what he started. He had a bad habit of accepting money for commissions and then not producing the work. He would take jobs and then when better opportunities came along he would go after those instead. Despite being unfinished, some of his works still hang in galleries in Florence.

8. He was a Loner
Leo never married, never had any relationships with women, had no children, and often wrote in his notebooks that male-female intercourse disgusted him. While he was rumored to be a homosexual, there was never any record of him ever falling in love or having any relationships.

9. He Knew What Looked Good on Him
Fashion-forward, he regularly wore pink to make his complexion look better.

Speaking of looking fresh…
If you’re like us and can’t get enough Da Vinci, then you’ll surely love these popular prints: 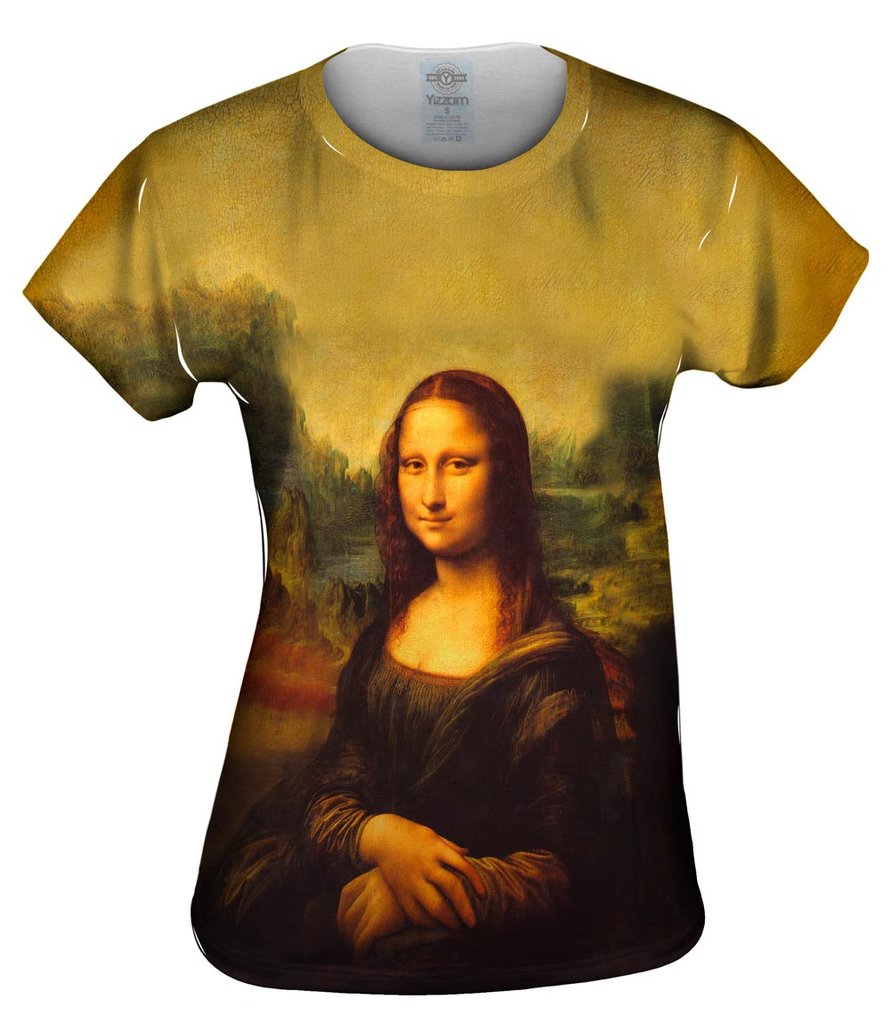 Shrouded in mystery, a t-shirt print of the Mona Lisa is a wardrobe must-have for Da Vinci fans and art aficionados alike. Or, you know, anyone who just wants to wear a really cool shirt. 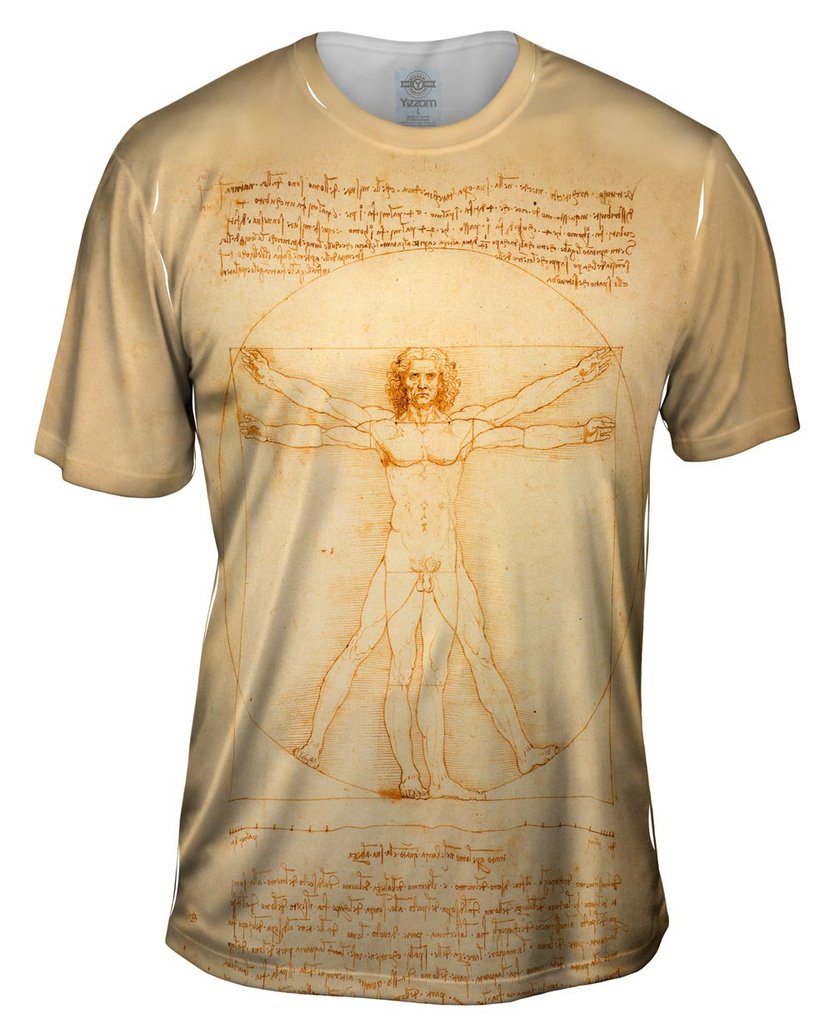 In this pen and ink drawing of art merging with science, the depiction of a perfect male form is designed not by life, but by math.  Because Da Vinci was such a genius, the artwork allows for 16 combinations of the outstretched limbs. So go ahead, wear this print and strike a pose. 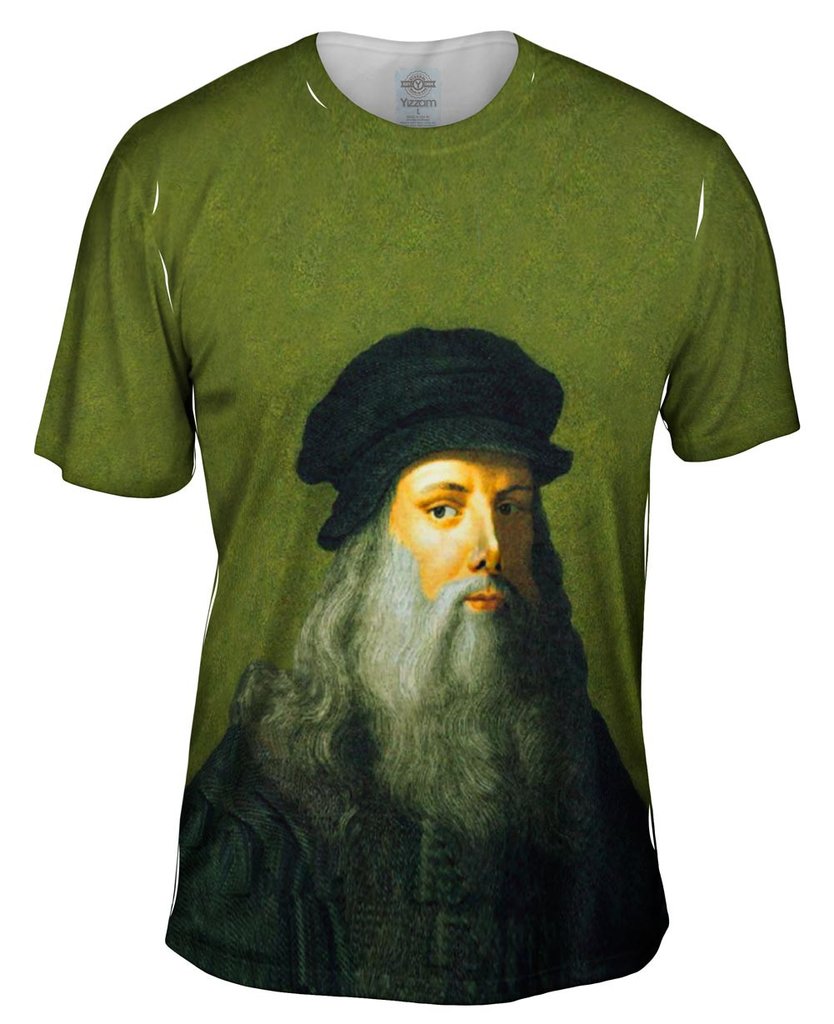 Although Da Vinci could have gotten by on his talent alone, lucky for him, he was a looker too! This t-shirt depicts an early self-portrait proving he was a hipster long before the rest of us. 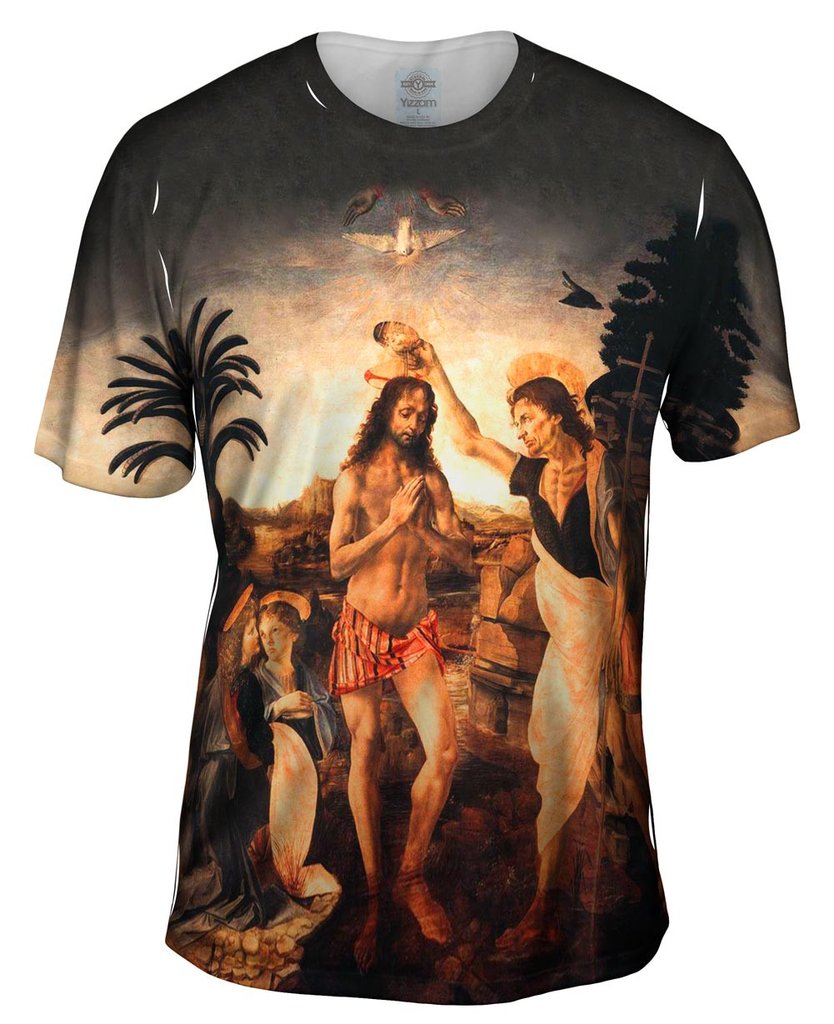 Shhhh! This painting was mostly done by Da Vinci’s master, Andrew del Verrochio. Completed by Da Vinci in Del Verrochio’s studio in Italy, Da Vinci added details to the painting, specifically the angel.  Those details are exactly what make this print look great with a pair of jeans and a latte. 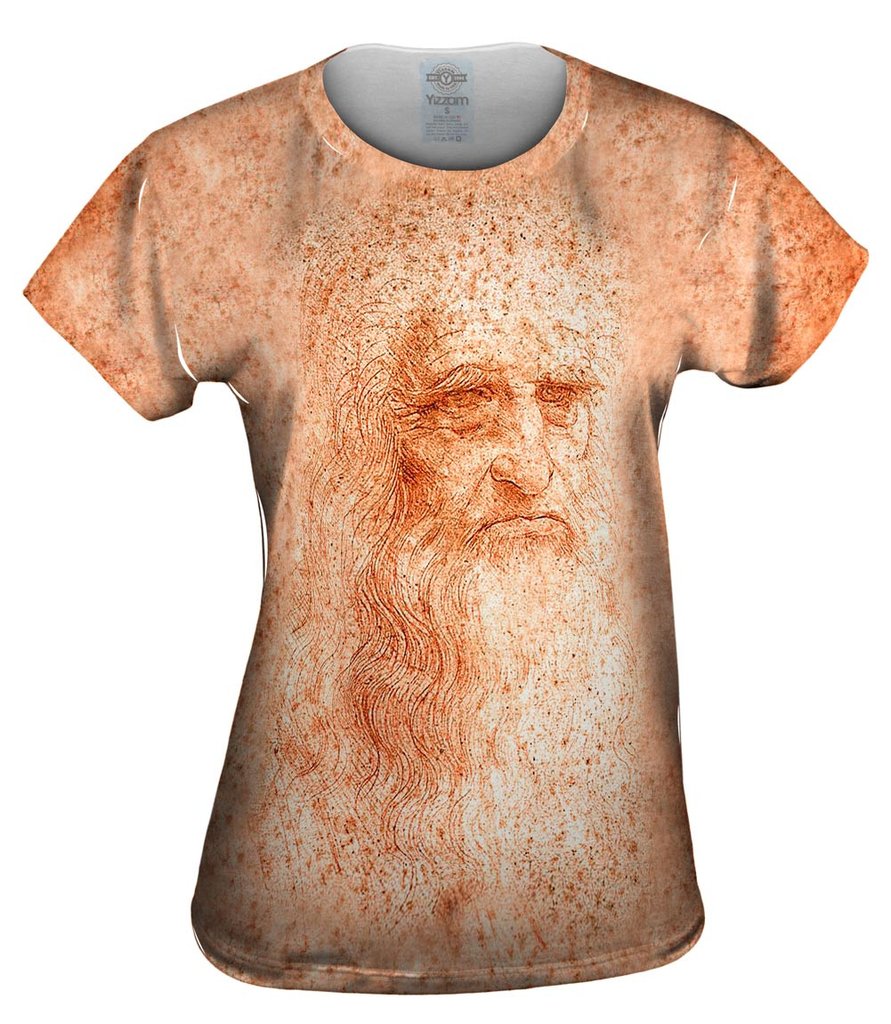 With an intense, almost hypnotic gaze, Da Vinci portrays himself in this piece as not only philosophic, but older than his years. The original self-portrait was once hidden during WWII to prevent the Nazis from taking it, but you’ll probably just have to hide this one from your roommate.