Lightning Prints to Put on Your Radar

Whether you love storms and revel in the excitement of the breathtaking natural fireworks show, or they scare the bejeebers out of you, pretty much everyone can agree that lightning strikes are one of nature’s most mysterious and magnificent wonders. Lightning strikes can happen on the ground, the air, or inside clouds, yet there are roughly 5 to 10 times as many cloud flashes as there are cloud-to-ground flashes.

The following are explanations of lightening types based on research from meteorologists and scientists along with lightening prints from our collection to pair with them. Because, after all, why should it just be the sky that’s striking?

There are two types of ground flashes. The ones that occur naturally happen because of normal electrification in the environment. The artificial strikes are initiated or triggered because of very tall structures, airplanes, rockets and towers on mountains. Triggered lightning goes from ground to cloud, while “natural” lightning is cloud to ground. 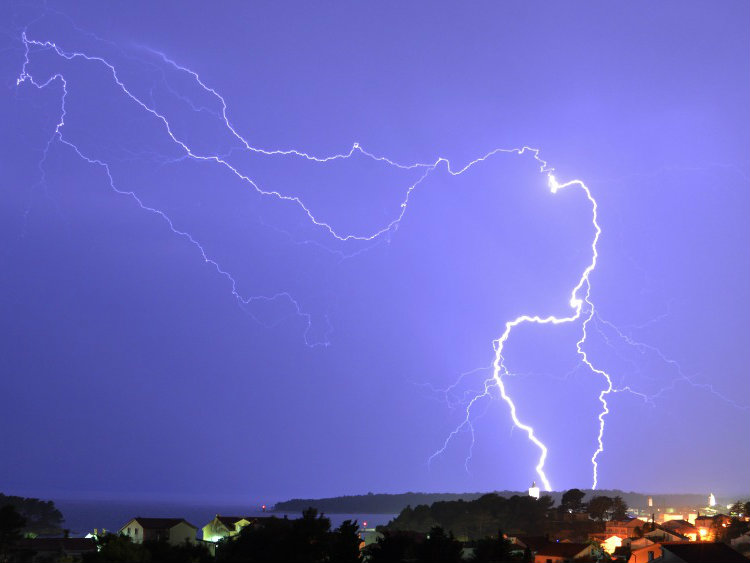 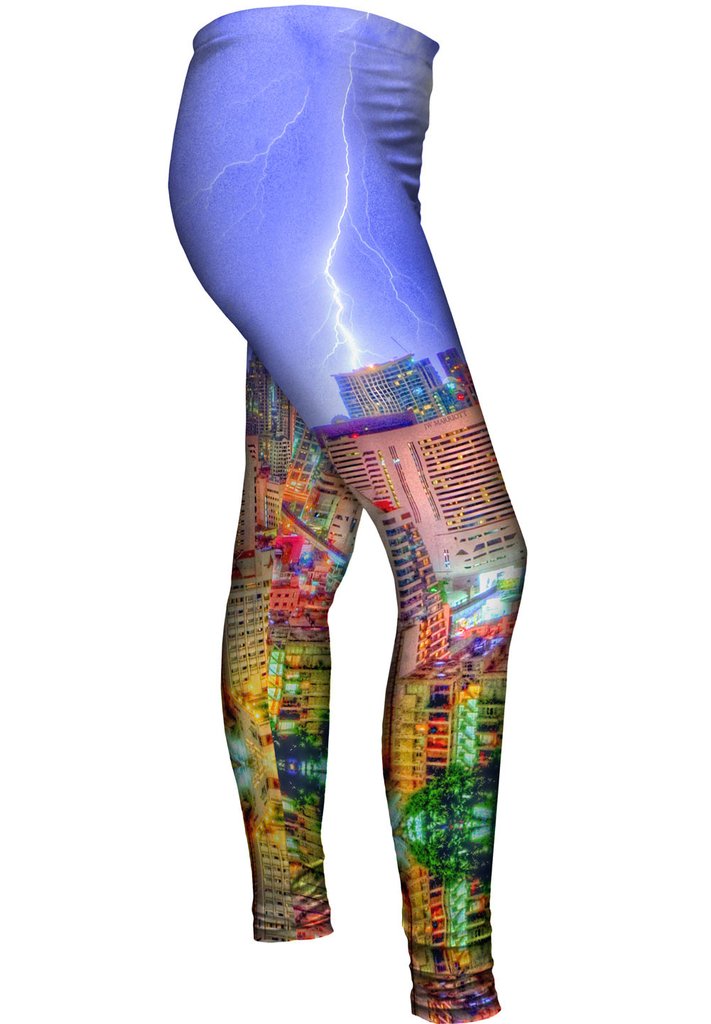 For a shockingly stunning print of lightning striking off of tall buildings, our Bangkok Lightning Women’s Leggings are the perfect print. The bright lights of the city contrast with the white lightning in the night sky for a sleek and powerful look.

There are many types of cloud flashes that sometimes have visible channels extending out into the air around the storm (cloud-to-air or CA), but do not strike the ground.  Other terms include sheet lightning or intra-cloud lightning (IC) and refer to lightning embedded within a cloud that lights up as a sheet of luminosity during the flash. Anyone who has ever gone away to summer camp and spent a night in a warm cabin in July laying in their bunkbed listening to the storm, is probably aware of heat lightning. This common type of lightning or lightning-induced illumination is also a type of cloud flash. 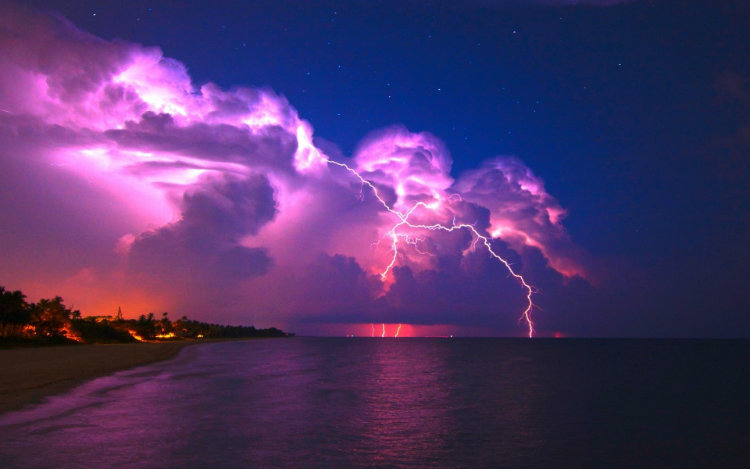 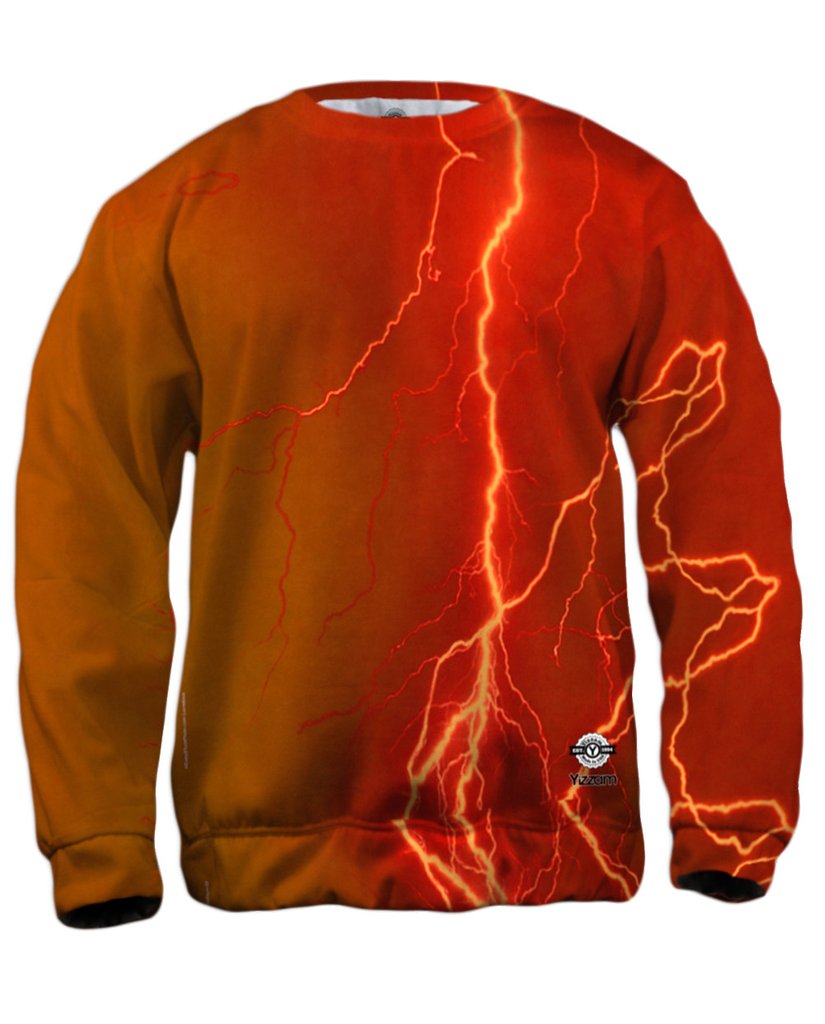 Our collection of lightning storm prints in an array of colors are as fashionable as they are comfortable. With colors such as Lightning Storm Green, Lightning Storm Turquoise, and Lightning Storm Orange, you can wear these on a stormy day and look cozy chic.

Mostly seen at night, these are typically witnessed as a large or weak flash and typically appear above an active thunderstorm. Red Sprites can extend up to 60 miles from the cloud top and last a few seconds – longer than other lightning strikes. They are most often described as resembling jellyfish, carrots, or columns.

Not directly associated with cloud-to-ground lightning, these strikes last a fraction of a second and emerge from the top of the thundercloud. They extend up in narrow cones fanning out and disappearing at heights of 25-35 miles – most often witnessed by pilots. 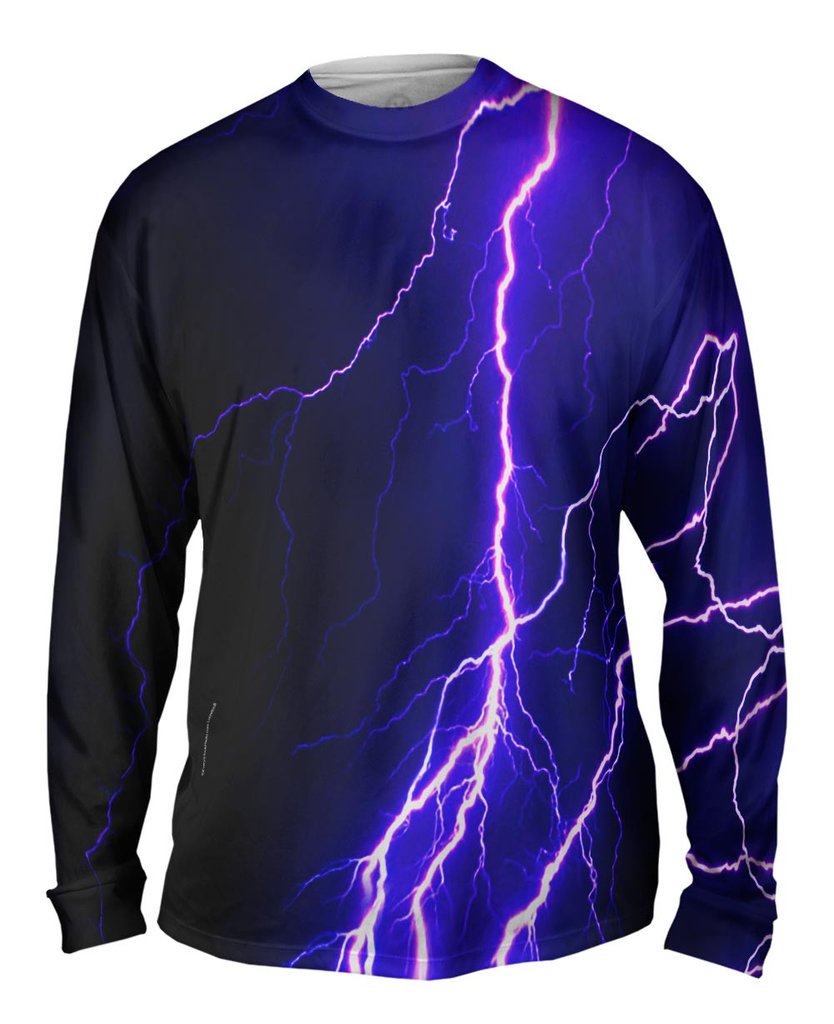 Love blues? Then the Violet Lightning Storm Men’s Long Sleeve tee is the perfect storm apparel for you. This print depicting the blues and violent lightning features natural hues that compliment any wardrobe.

Although they last less than a thousandth of a second and occur above areas of active cloud to ground lightning, these rapidly expanding disk-shaped regions produce a glow that can be seen up to 300 miles! 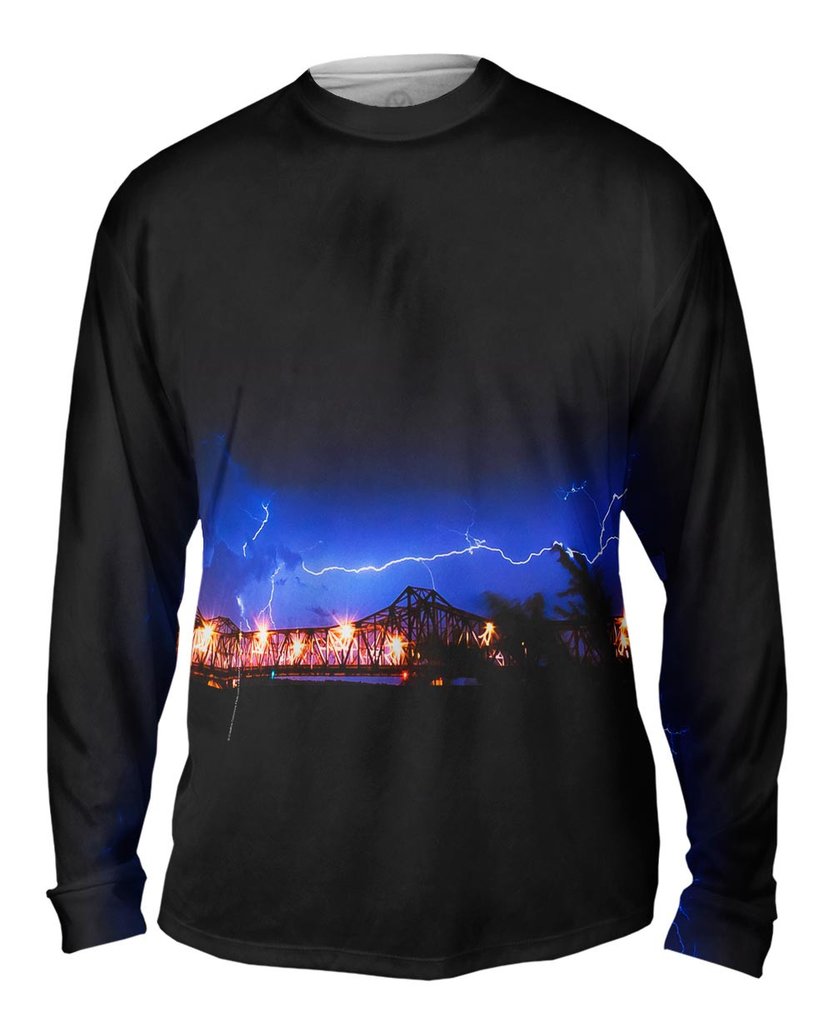 Our Lightning Crashes print, Lightning Horizon print, Lightning Spectacle print represent the beauty and mystery of active cloud to ground lightning. These prints with their bright, bold colors and captivating designs, take your look to the next level.

Storm or shine our lightning collection will surely inspire your fashion environment!