USA or USSR more competitive in the Space Race? These facts may surprise you.

Despite being well aware of the first man on the moon, very few people know much more about the historic events surrounding the Space Race and its noteworthy impact on the Cold War. Both the Union of Soviet Socialist Republics (USSR) and the United States made the emphasis behind their space efforts about foreign policy and national security objectives, ultimately turning the space agenda into an area of military and political advantage. As the superpower nations progressed as front runners in the race for supremacy in spaceflight capability, their efforts became much more than friendly competition.  Tensions quickly grew among the Cold War rivals and it became evident that the race embodied so much more than having bragging rights. Yet, by the late 1980s when the Soviet Union had nearly collapsed, the impetus in space competition declined, leaving both countries the opportunity to collaborate and form strategic partnerships in space exploration.  In turn, the Space Age produced two remarkable space programs as a result of the hot competition between the Soviet Union and the U.S.

As one of the most historic events of the twentieth century, the details behind the epic competition are truly fascinating. Here are some of our favorite facts in no particular order. Of course, we have our all over print apparel from our Space Race collection that pairs perfectly with these impressive facts.

Our relationship with the USSR was a political roller coaster. 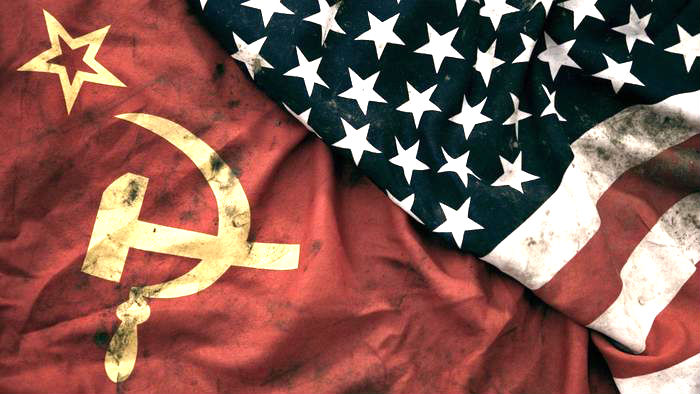 Between 1957 and 1991, the two countries faced periods of overt hostility and mistrust. Reasons ranged from the Cuban Missile Crisis, U-2 Incident, and Vietnam War to the Soviet attack on Afghanistan and President Ronald Reagan’s portrayal of the Soviet Union as the “evil empire.” In contrast, there were periods of détente. These included the Limited Test-Ban Treaty of 1963, the Strategic Arms Limitation Treaty (1972), and led to the U.S.-Soviet reconciliation throughout 1985-1991. 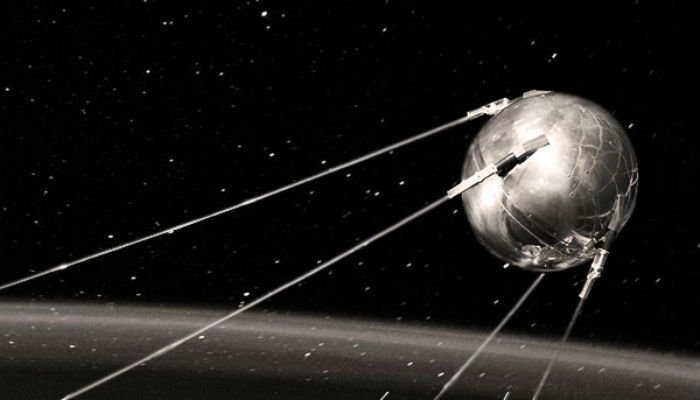 With the successful launch of Sputnik 1 on October 4, 1957, the first ever Earth satellite, the Soviet Union became the country to officially start the Space Race. 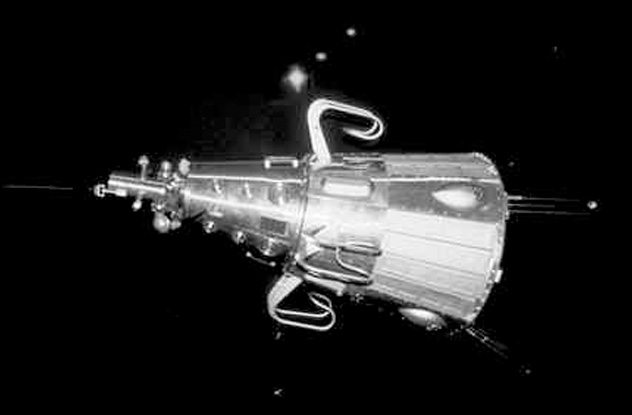 A month later, the Soviets sent Sputnik 2 into space carrying Laika, a dog. Once again, they made history by becoming the first country to successfully launch a living being into orbit. Unfortunately, the dog did not survive, despite initial feedback from the Soviets saying that Laika survived a week in orbit. The dog only survived a few hours in orbit before dying of heat.

Rockets were very important to the Soviets

Sputnik’s launch had dramatic repercussions. Once the soviets reaped the political dividends from their technology in military rockets, they continued pursuing highly classified military-industrial approach in their development of the space program. Meanwhile, the United States government took a different approach and made NASA a civilian enterprise, and instead aimed their military space efforts towards the Pentagon and intelligence community. 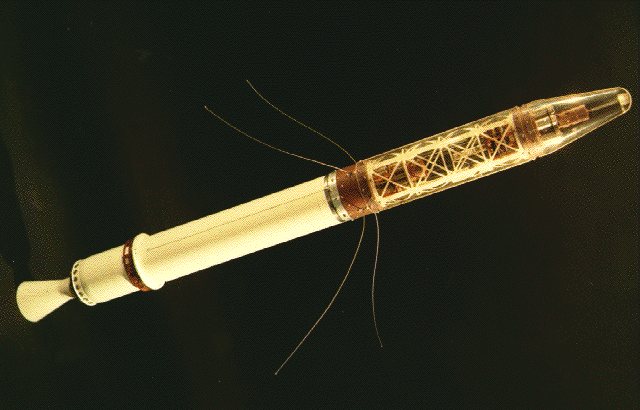 The USA officially entered the Space Race with the launch of Explorer 1, the first satellite from America to reach orbit. This satellite carried very specific equipment that helped lead to the discovery of the Van Allen radiation belt (not to be confused with Van Halen’s radiation belt!) 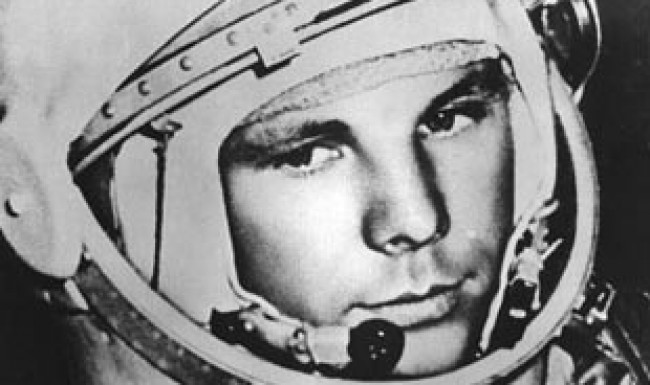 From the start of his presidency, JFK was all about getting the Soviet Union to participate as comrades with the US. In his inaugural address, he said, “Let both sides seek to invoke the wonders of science instead of its terrors. Together let us explore the stars.’’ Yet, Khrushchev, was not affected as he was enamored by the idea of eternal supremacy of Soviet rocketry. Three months after JFK’s inauguration, Yuri Gagarin, a Soviet astronaut, was the first human to escape the gravity of the Earth. This led to an invigorating aftermath, which helped the Soviet space program rapidly grow and take the lead in space activity. Propaganda from the USSR was filled with elaborate details about astronaut life including descriptions of meals and their exercise programs.

However, the Soviets were still far behind when it came to space technology

While the Soviets were reveling in space flight, they were far behind in key components of space technology. In fact, their geostationary telecommunication satellite wasn’t launched until more than a decade after America’s. And when it came to retrieving data from any geostationary location, they even furthered the gap. 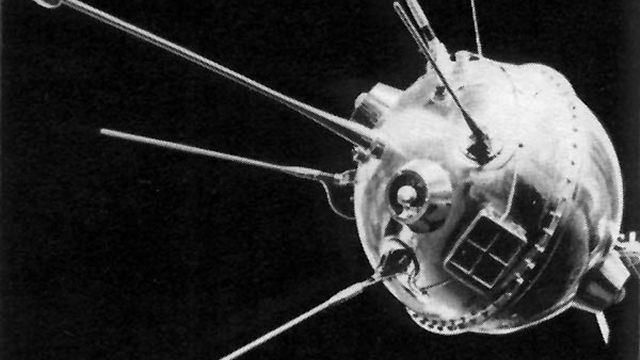 While Sputnik and Apollo typically get most of the glory, there was actually another spacecraft first to reach the moon’s immediate orbit, called Luna 1. Additionally, it was the first to be place in heliocentric orbit. Launched in 1959, Luna 1 was part of the Soviet Luna program. 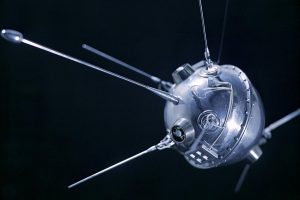 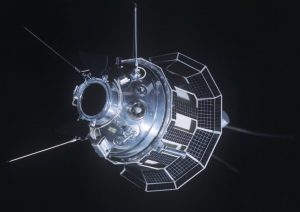 Shortly after the launch of Luna 1, missiles in the same program known as Luna 2 & 3 were also very successful. Luna 2 was the first man-made object to impact the moon while Luna 3 orbited the moon and photographed 70% of the moon’s surface. 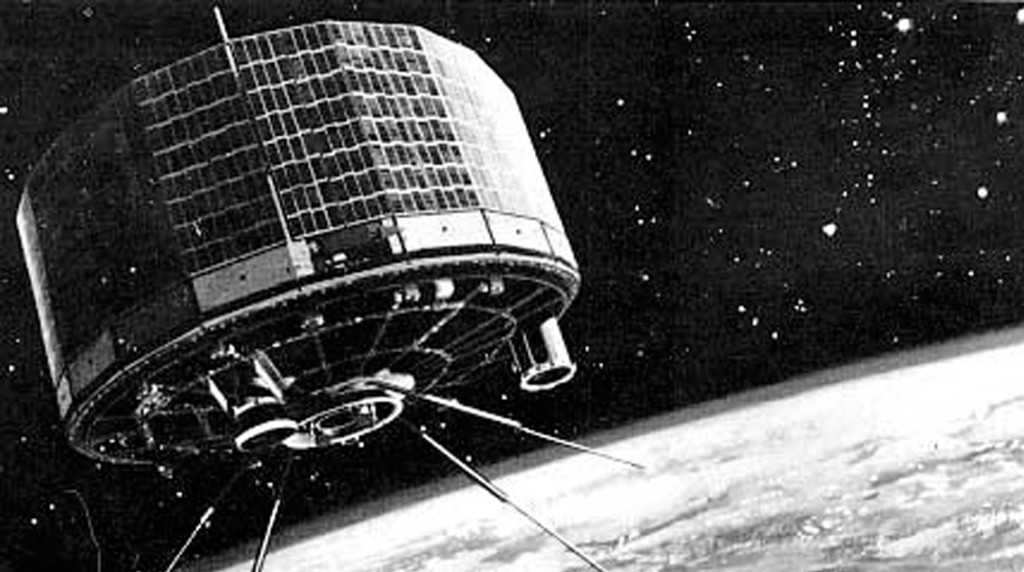 Not to be outdone, in 1960, NASA launched the first successful weather satellite known as Tiros 1.

The Mercury Seven were legendary 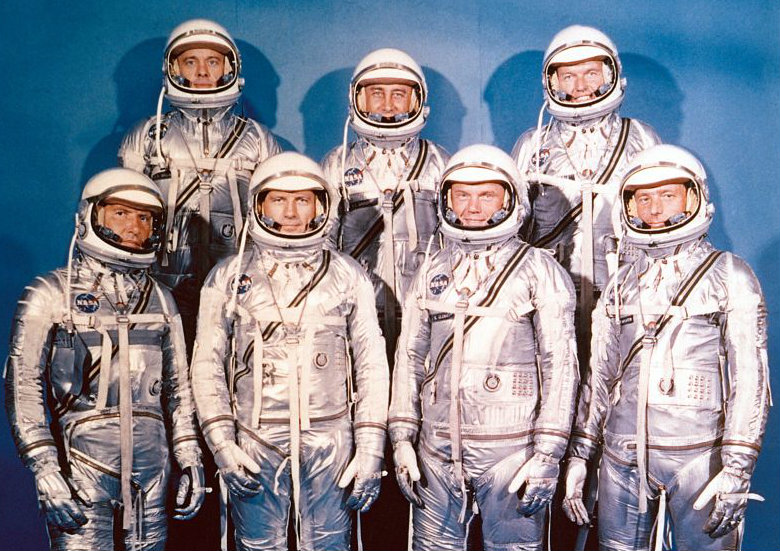 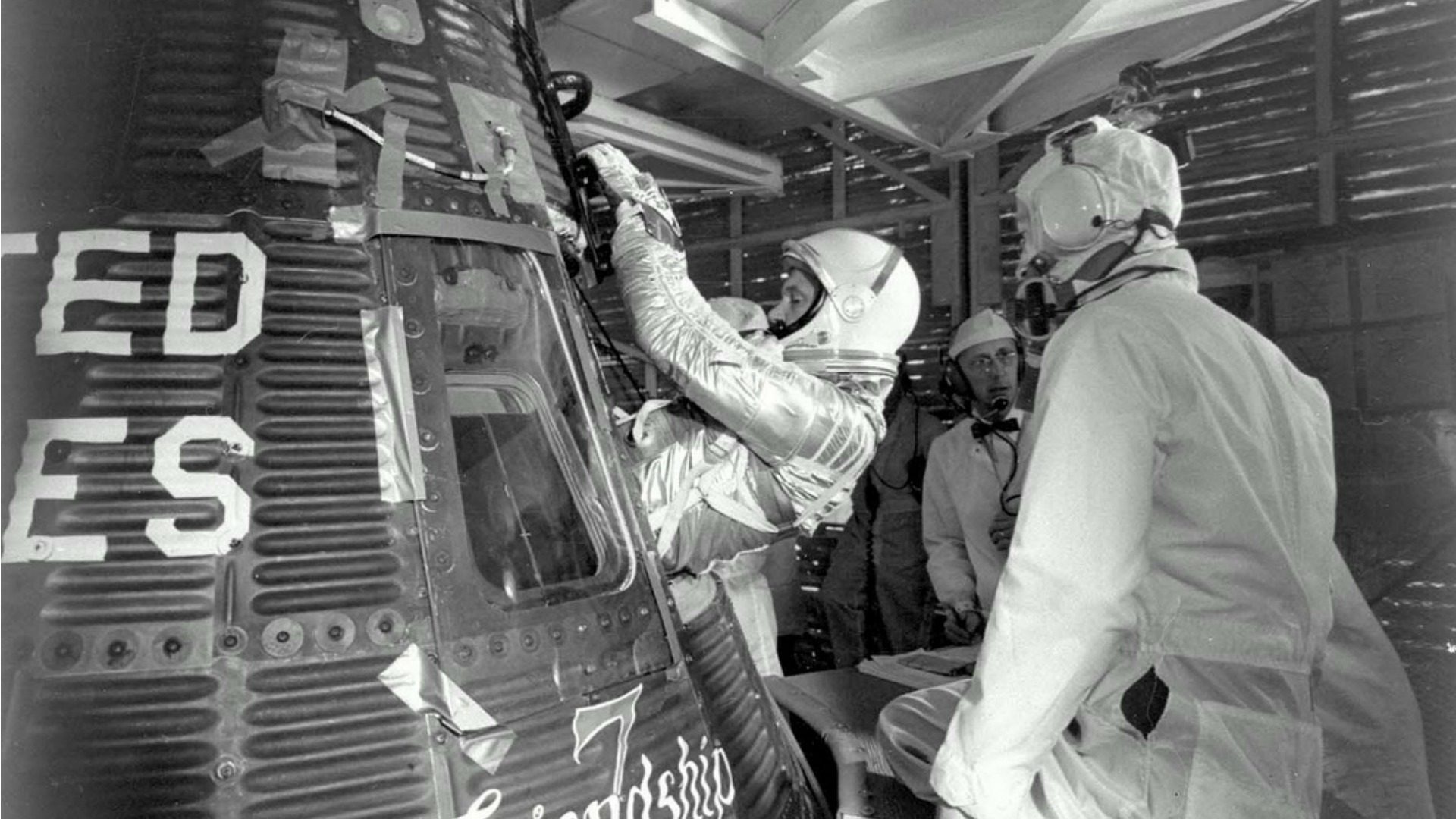 After John Glenn became the first American to orbit Earth on February 20, 1962, Khrushchev was like, “Yo, Kennedy, wanna colab?” Despite their original lack of teamwork, this led to a couple rounds of discussions between Soviet academician Blagonravov and NASA’s Deputy Administrator Hugh Dryden. Eventually, an agreement led to the opening of cooperation with these components:
1. Collaboration in the experimental relay of communications. This became a specific link in succeeding USSR and US interaction on all things space.
2. Sharing the exchange of weather data from each other’s satellites. This eventually led to coordination in launching meteorological satellites.
3. Joining efforts in mapping the geomagnetic field of the Earth. 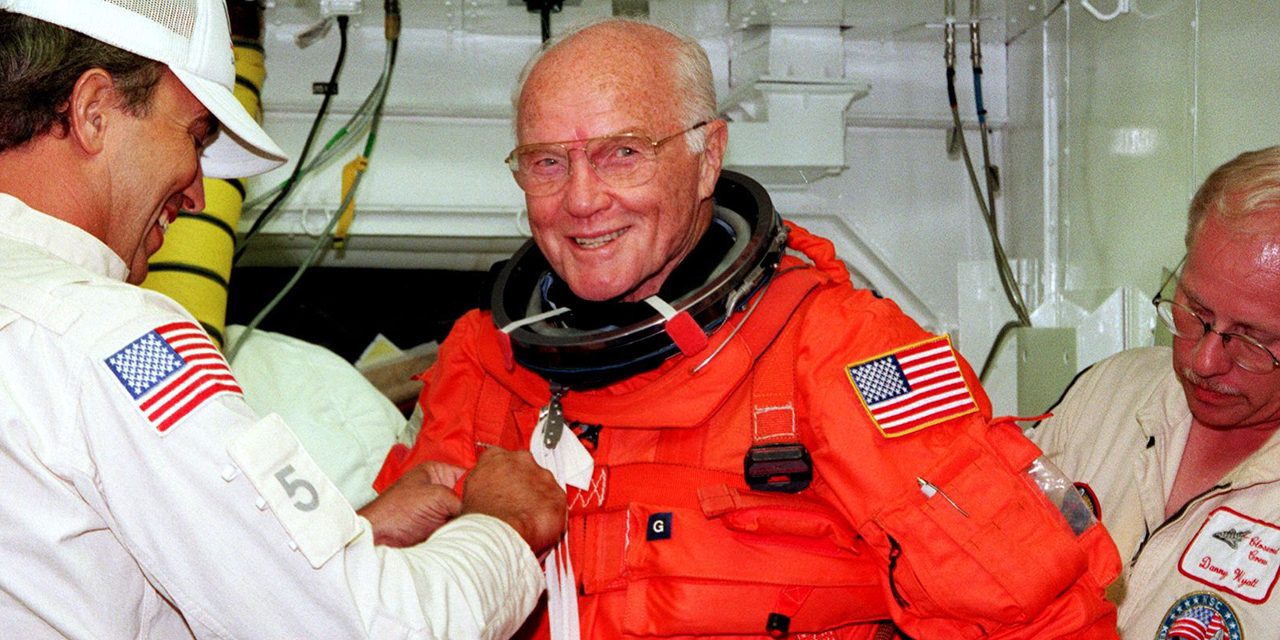 He went on to become a US Senator in 1998 but while still a senator he went into space. At the age of 77, he is the oldest man to ever go to space.

The USSR put the first woman into space 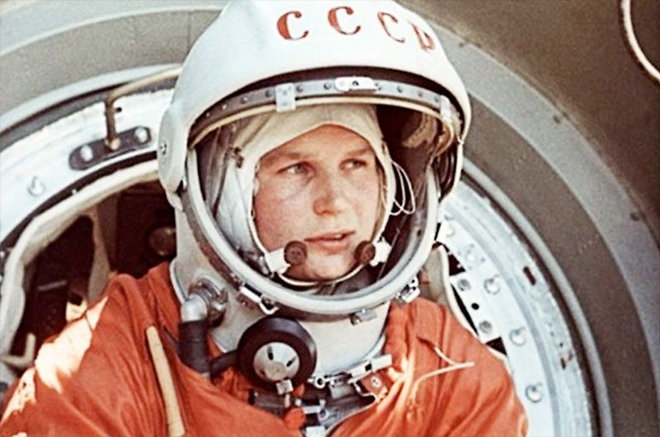 Valentina Tereshkova was the first civilian in space. She was not a professional astronaut at all. In fact, she was a cotton mill worker who just so happened to be a part of the male-dominated space program in the USSR for the sake of diversity. She went to space on June 16, 1963.

First spacewalk was done in 1965 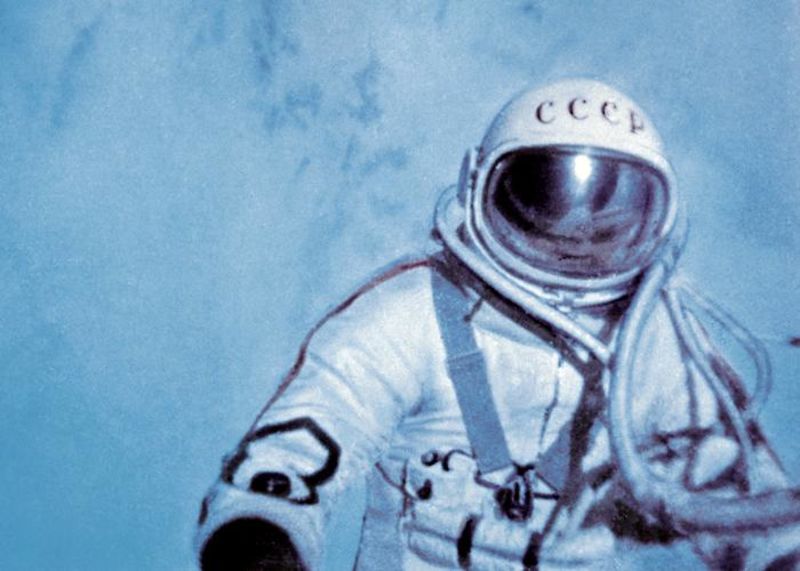 Another first for the Soviets was when astronaut Alexei Lenov went outside the Voskhod spacecraft for a whopping 12 minutes. He was the first ever to perform a spacewalk. Unfortunately, his first spacewalk almost turned into a bit tragedy. When Lenov attempted to return to his space capsule his suit had unfortunately over-pressurized to the point where it became impossible for him to fit through the hatch. Once he let out some of the air he was able to get back inside. Whew! 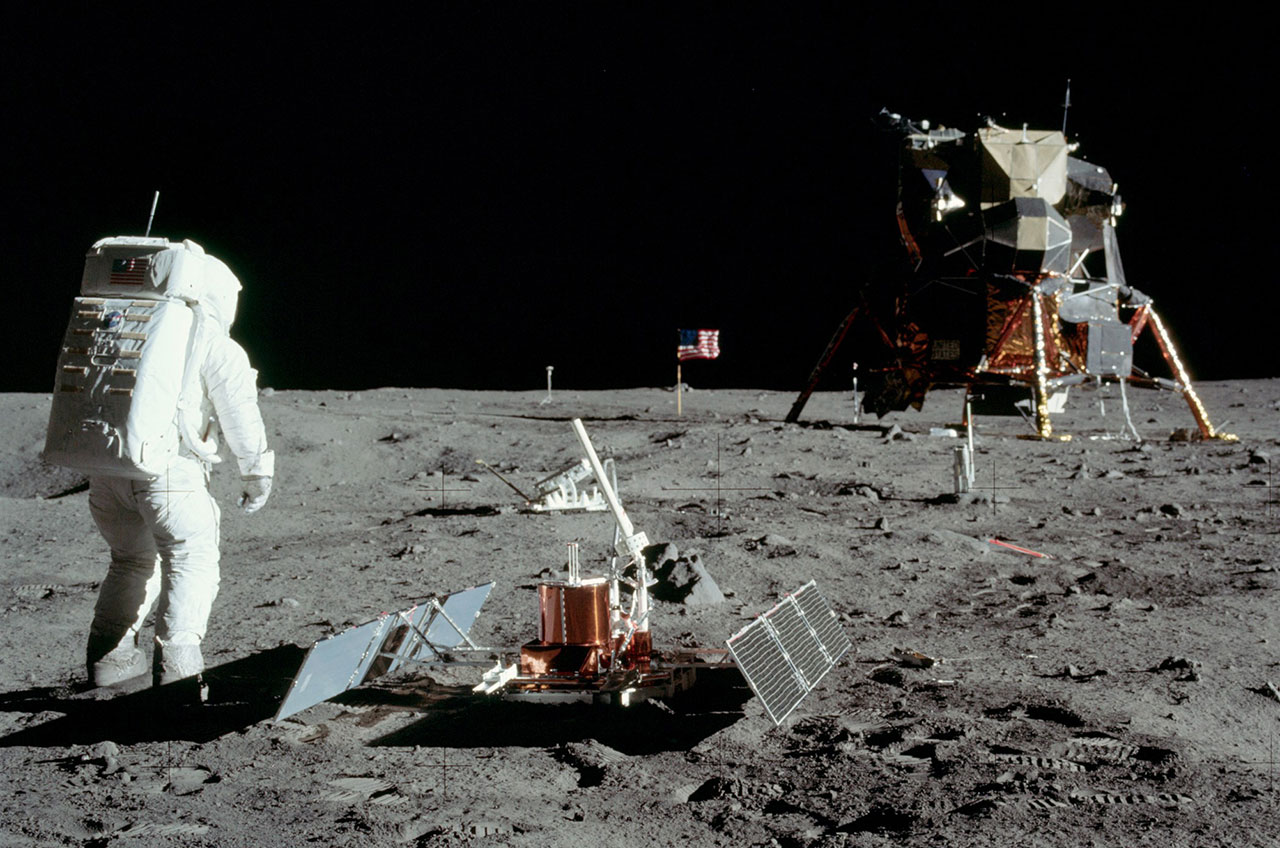 The Americans were probably beginning to feel a little bit like Jan from the Brady Bunch saying, “Marcia, Marcia, Marcia!” as Russia was always doing things first. Yet, the Americans finally got a chance in the spotlight on July 20, 1969 when Neil Armstrong and later Edwin “Buzz” Aldrin became the first American met to walk on the moon. Their crewmate Michael Collins orbited the moon alone. This was a huge win after the Soviets had dominated the space race for so long. The USA made history by being the first country to put a man on the moon.

Show your love for the space program with these far out all over print shirts from our Space Race Collection!

With your head full of amazing Space Race knowledge, chances are you’re ready to take your look to new heights too. The following are some all over space race prints from our Space Race Collection. They are perfect for anything from a day at the office to a night under the stars. 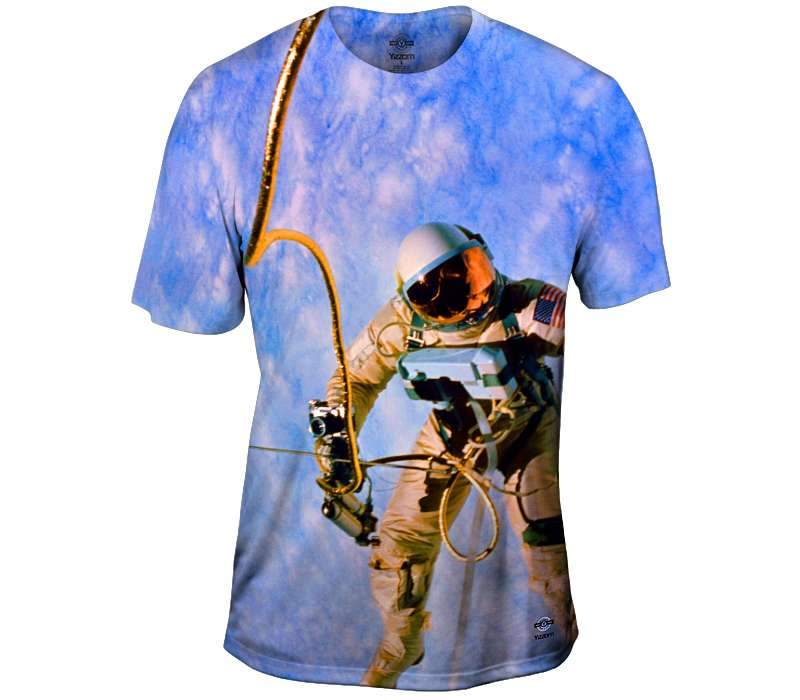 On a Tether
Mens T-shirt 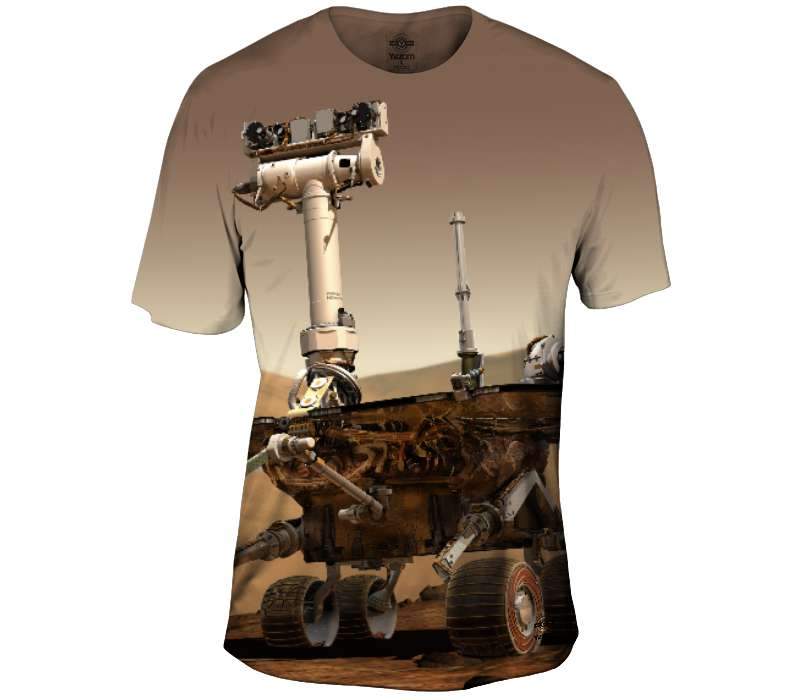 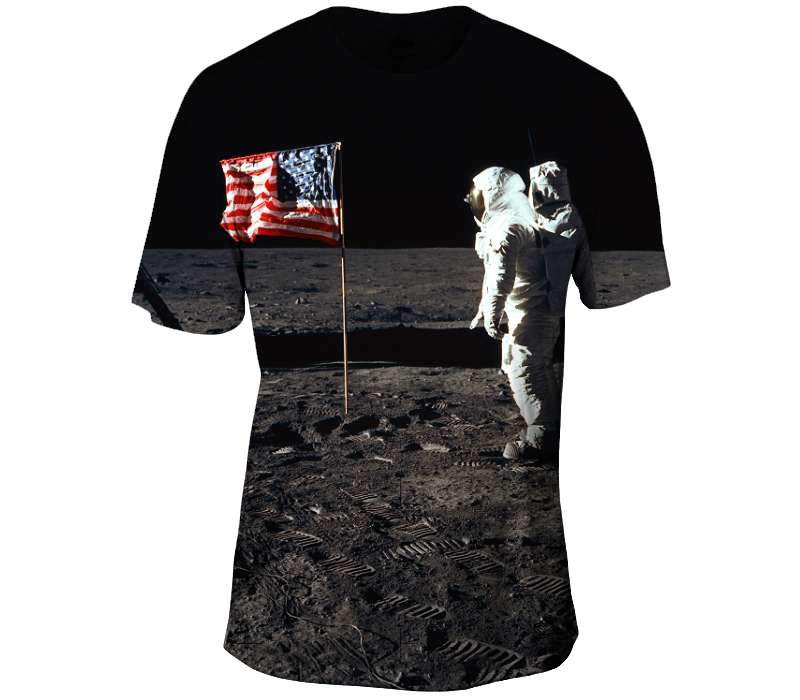 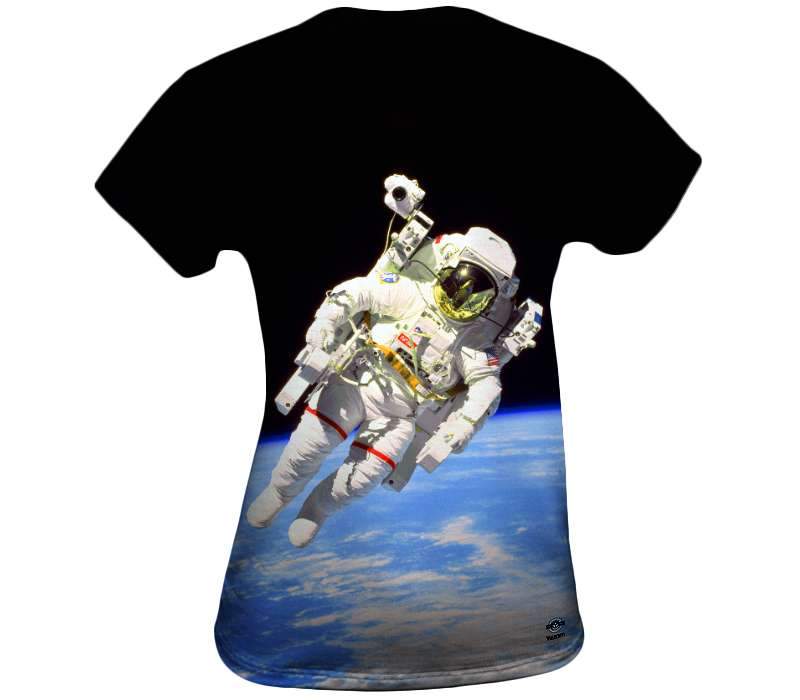 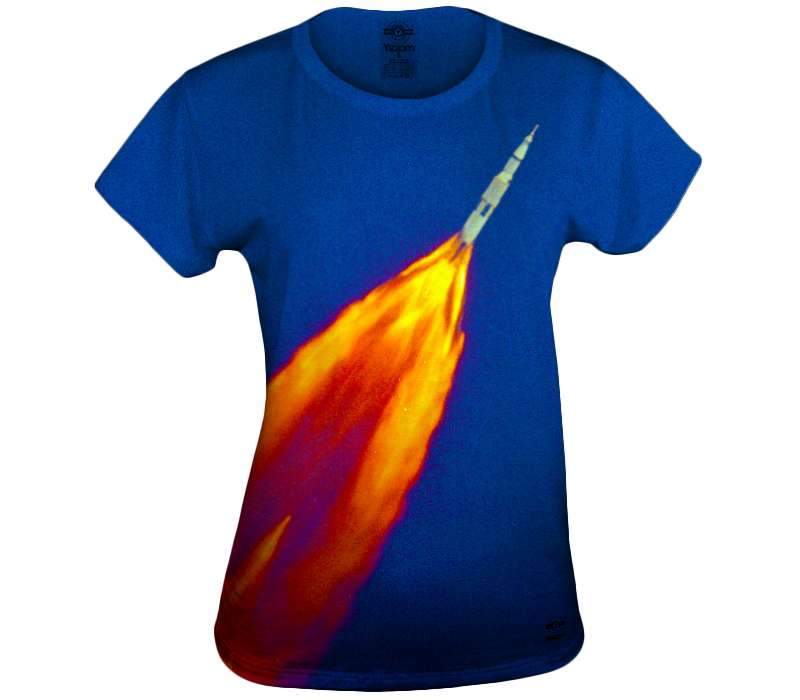 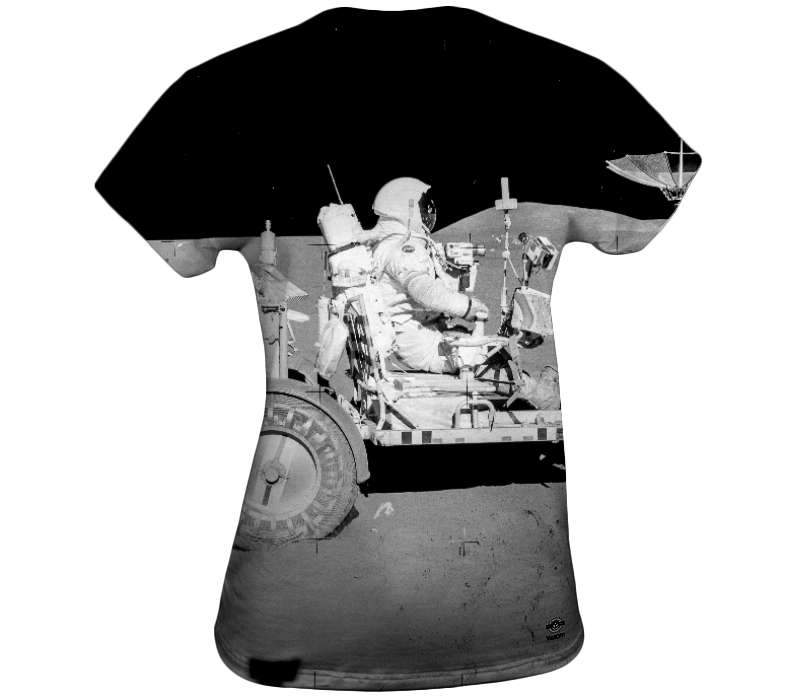