Top 5 Sushi Restaurants in the World

February 13, 2017
FeaturedFrom Around the Web

So many people are fanatically in love with sushi – and for good reason! It has all the elements of any perfect food: visual appeal; they are small, pretty, bite-sized and you can even eat them with your fingers! Healthy; all those delicious Omega-3s, veggies, and seaweed rolled together make for a tasty and nutritious meal. Indulgent; sure, it’s a little expensive (quality sushi, that is) but when you have it infrequently it becomes a luxurious treat.

If you’re one of the millions of people all over the world who can’t get enough of those awesomely good bit-sized burst of flavor, then get your chopsticks ready, because the following are the Top Five Best Sushi Places in the World. 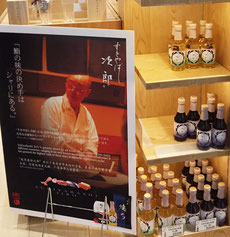 Of course we have to go straight to Japan for our Number One Sushi Restaurant Pick. With its mouthwatering food and efficient staff, Sukiyabashi Jiro is the favorite among sushi fans.  This adorable gem is hidden in a basement attached to the Ginza Metro Station and has quickly vaulted into the global cultural milieu since it first appeared on Anthony Bourdain’s hit TV Show “No Reservations.” With a total of three Michelin stars from the Michelin Guide, Sukiyabashi Jiro is considered to be the world’s most celebrated sushi restaurant.  Even former President Obama and Japanese Prime Minister Shinzo Abe have been seen dining here.  The restaurant is so popular that there is a full-length documentary following chef Sukiyabashi Jiro called “Jiro Dreams of Sushi”. 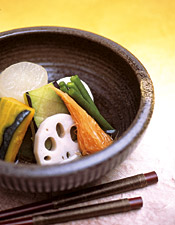 Further away in London, but close enough to be a favorite among the staff from the nearby Japanese embassy, Kiku is next on our list. This bona fide Japanese restaurant has a stone floor and natural wood interior, and true sushi counter. With its authentic dishes and atmosphere, many critics agree that Kiku is strikingly similar to a true Tokyo experience. The fact that each dish is veraciously prepared by the master chef in front of diners is what keeps sushi fans coming back for more.

Because chef and owner Koji Aida came to Paris straight from the countryside of Japan, he knows a thing or two about making fine sushi. This serene oasis, Aida, is known for its teppanyaki specialty (fresh meat, seafood, and vegetables grilled on a stainless-steel grill). After an hour inside this little spot in the 7th arrondissement, you may forget you are in France entirely. The only French thing about it is the Burgundy-centric wine list. Both the food and the space is traditional teppanyaki with only chef counter seating for nine, a two top table, or a private back booth where you slip your shoes off.  For added ambiance and authenticity, diners can watch Chef Aida prepare their meals right in front of them.

Popular among celebrities and locals alike, Matsuhisa is considered to be the most famous Japanese restaurant chain in the world with restaurants in five continents. Founder and Chef Nobuyuki Matsuhisa, is the highly acclaimed and influential chef proprietor, simply known as “Nobu,” to those who frequent his locales. Born and raised in Saitama, Japan, Nobu served a rigorous apprenticeship at a respected sushi bar in Tokyo before eventually moving to Los Angeles and starting his restaurants. Along with celeb and business partner, Robert De Niro, the chain includes 19 worldwide restaurants. Matsuhisa is known for its traditional dishes that combine Japanese spices and sauces with locally grown food.

With dozens of high-end sushi restaurants in the Big Apple, Asanebo remains one of the finest spots in New York City. While many places are often stripped-down, traditional sushi experiences, the sushi and atmosphere at Asanebo are more like something you might find in art museum. From the moment you walk in the door you are surrounded by beauty. Known for its innovative dishes designed to satisfy even the pickiest eaters, you’ll find dishes including sautéed baby abalone with garlic and shiitake mushrooms on the menu. You can even order white shrimp topped with gold flakes (for a hefty price tag) and treat yourself to some of the best and prettiest sushi around.

When you’re looking for the perfect apparel to go with your rolls and sashimi, look no further than Yizzam’s freshest sushi attire. You’ll love noshing on your favorite delicacies wearing these threads. 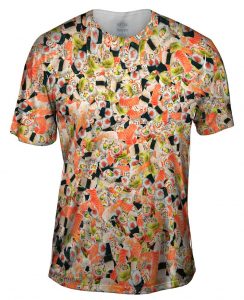 For the sushi lover who likes to go all-out, perhaps even all-you-can-eat, this brightly colored display of culinary affection is a wardrobe must. Also available in Sushi Grade Japanese Jumbo Women’s Top. 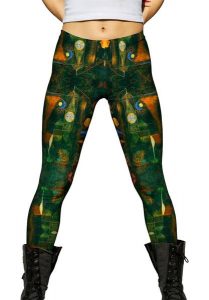 While it may never be known if Swiss-German artist, Paul Klee, liked sushi, it is extremely clear that he was a fan of expressing one’s individual style. Now you can take your love of all things fish to a new level with these “Fish Magic” leggings influenced by Expressionism, Cubism, and Surrealism. 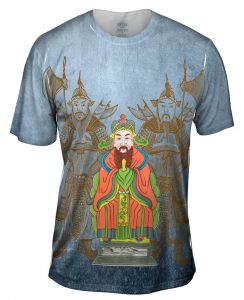 It’s always a good time for sushi when you’re wearing this magical tee. Come rain or shine, the royal weather and water God on this shirt will lead the way! 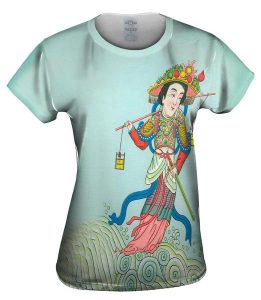 Be a part of the authentic atmosphere at any high-end sushi restaurant by wearing this beautiful Japanese-inspired top. Delicate, yet comfy, this is a wardrobe must for anyone who loves all things Japanese.